Suggested by Anonymous Gamera is a very inspiring monster. He protects the kids from alien invaders and manages to crack a smile once in a while. That being said, Sonic is even more inspiring as he makes the tough calls to keep everyone safe. He has a witty one liner for every occasion and isn’t afraid to break them out. His high speed skills speak for itself. Gamera will ultimately have a very tough time trying to land a hit on Sonic and you can’t win if you don’t deal damage. Sonic wins. 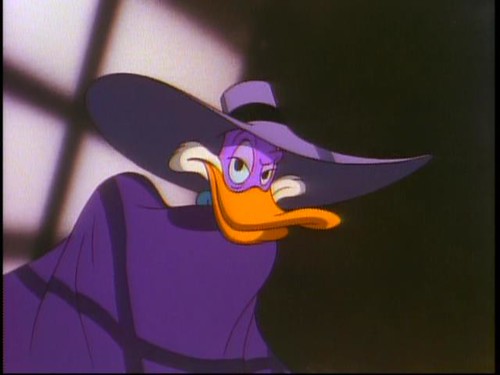 Suggested by Jimmy Darkwing Duck is a skilled crime fighter. He may not have any special abilities, but he makes up for it with his array of gadgets. None of those will be able to do any damage to Gamera, but fortunately Darkwing got some super speed in one episode. It won’t be enough to win, especially since it has some pretty major drawbacks, but at least it makes this a little more of a fight. Darkwing will be able to put up a decent struggle if nothing else…it just won’t be enough. Gamera wins.

Suggested by Anon Gamera is pretty powerful but he won’t last long against Yami Yugi’s array of monsters. Yugi’s has his dark magician as well as Slifer. Those 2 monsters have enough power on their own to take Gamera down. You don’t want to underestimate these duel monsters. Keep in mind that Yugi has dozens of other monsters he can use as backup. The odds are just stacked against the Kaiju this time. I’m sure he could take down a few monsters along the way though. Yami Yugi wins 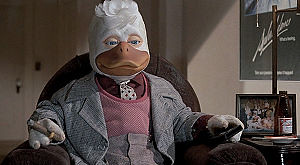 Suggested by JimmyBiscuits Howard The Duck is a classic Marvel character and one who is well liked. I haven’t gotten a chance to read any of his comics yet, but he definitely seems like he’d be a fun guy. I got to read a team up with him and Spider-Man and he was definitely written very well there. If you need a quick laugh, Howard’s your guy. That being said, he doesn’t really have enough power to take on a Kaiju. He got a magical scepter once and a cool suit of armor another time, but Howard just isn’t very tough. His small size may seem like it’s useful for dodging, but he’s not particularly quick either. I don’t think he has it in him to win this round. Gamera wins.

Cutman is a pretty tricky netnavi even if he isn’t one of the strongest ones out there. His cutting attacks won’t do much to Gamera at first, but the hits will certainly take their toll. Gamera wouldn’t be able to hit Cutman because the guy is simply too fast. So, this battle would be a stalemate for quite a while, but then it would be gamer over for the Kaiju. Cutman wins.

The Silver Samurai’s blade can cut through just about anything thanks to his Tachyon energy. I’m afraid that this means lights out for Gamera since he just wouldn’t be able to keep up. The Silver Samurai has a device, which lets him teleport and the man is already very quick. Gamera may have lost this round, but we can be sure that he shall be back! Silver Samurai wins.

It’s time for Howard to grace us with his presence once more! Gamera can fire powerful fireballs that can deal immense damage with a single attack so it’s safe to say that he wins this round. Howard is just your average guy and he’s seriously outmatched here. Howard may be on a losing streak, but maybe he’ll snap it soon. Gamera wins.

The Chunk is back once again and now he’s up against Gamera. Gamera can use his shell to spin really fast and he can also ram into his opponent. One hit by a kaiju of such size and even the Chunk would be taken out. Gamera rises up the blog ranks with this win and shows the world who’s boss. Gamera wins.