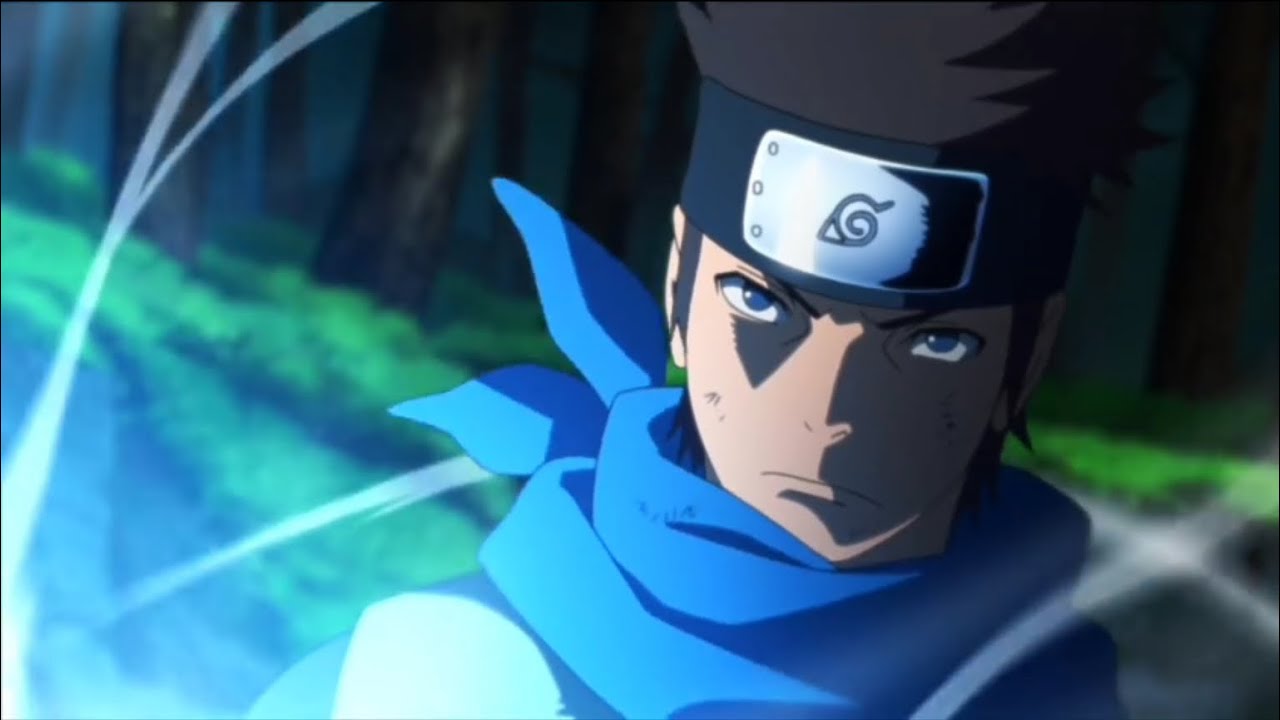 It’s time for a review a pretty short OVA. This is probably the shortest thing that I’ve reviewed since the Superman shorts! It’s only about 13 minutes, but that’s still decent I suppose since it’s mostly about a fight. (30 minutes is still the minimum length that is acceptable for an OVA though) This OVA is pretty good and it definitely beats most of the other Naruto shorts…even if the ending is a little predictable.

After all these years, Naruto has finally decided to retake the Chunin Exams. This will help him to finally move past the Genin handle that has haunted him for so long. Unfortunately for our proud shinobi, Naruto is faced off against Konohamaru in the first round. This will certainly be a fight to be remembered and Naruto is going to have to use all of his techniques. After all, Konohamaru has been waiting for this day for over 3 years!

It’s cool to see Naruto actually take the Exams again, but that’s even more of a reason for this short to have been longer. Wouldn’t it have been cool to see Naruto participate in all of the trials up to the fight? That would have been pretty fun, but I guess they didn’t want to squeeze all of that in. I’m not sure if you guessed the ending yet, but you should realize that Naruto was still a genin in the manga at the time….so it would be hard to move up.

Nevertheless, Konohamaru puts up a fight and I’m happy to say that Naruto takes the fight a little seriously as well. He says that he can’t hold back since it would make Konohamaru feel bad. To an extent, Naruto has to be holding back since his first punch didn’t shatter Konohamaru, but we get the overall message of what he is trying to say. Konohamaru tries a lot of different jutsu and apparently he even knows the Giant Rasengan. That’s pretty cool for his fans since he is definitely learning at a quicker rate than Naruto. Technically, this means that he should be able to surpass Naruto at some point, but I don’t see it.

One thing (There is Always one thing) that I found the writers to have made a mistake on was Naruto’s Rasengan barrage. We get that he’s not holding back, but attacking Konohamaru with dozens of Rasengans is a little much. If any of those hit the poor kid..he’d be dead. There’s no way he could survive a full encounter with one of those devastating attacks. It looks cool to see Konohamaru dodging them the whole time, but that was definitely a bit much.

The animation is decently good for this OVA. It’s basically TV show quality, but considering some of the episodes during the War arc, I guess this is still an improvement. At this point, we’ll take what we can get. Also, it’s not like the OVA had a big budget to back it up so I’m sure that they did what they could with it. As long as the animation doesn’t look bad, I’m fine.

Overall, Naruto vs Konohamaru is a pretty fun special. It’s certainly not something that is going to keep you talking for a while, but who doesn’t like to see a fight scene? Naruto got to prove that he may be a Genin, but he can still hold his own against anyone. The ending is pretty cheesy and a little sad, but it’s unfortunately one of the only paths for the writers to go. I would have gone with the “I surrender” route, but that wasn’t in the cards. I recommend checking this out one of these days when you have the time. It’s brief and fun, which is all that you would expect from this. After that, check out Shippuden film 3!

Konohamaru may know how to use the Rasengan, but in the end it’s not enough to defeat Sasuke. Sasuke has the sharingan and with it he could blow away all who stand before him. Sasuke is unbeatable and has showed this many times. There is no being who can defeat him and now he will rise to the top of the blog. Sasuke wins.

Konohamaru has always tried to be as cool as Naruto. One day he may even surpass him. Of course that’s not gonna happen, but he will keep on trying. Naruto has the power of the 9 Tailed Fox and with it he can defeat nearly any character in existence. Konohamaru just doesn’t have enough power to win. Naruto wins.

Well Konohamaru just doesn’t have the skills to defeat Venom. He’s pretty close, One more power up and Konohamaru might have a shot. Venom for now has too many hosts and powers to lose. Konohamaru is for now doomed but he’ll be back someday. Venom wins.