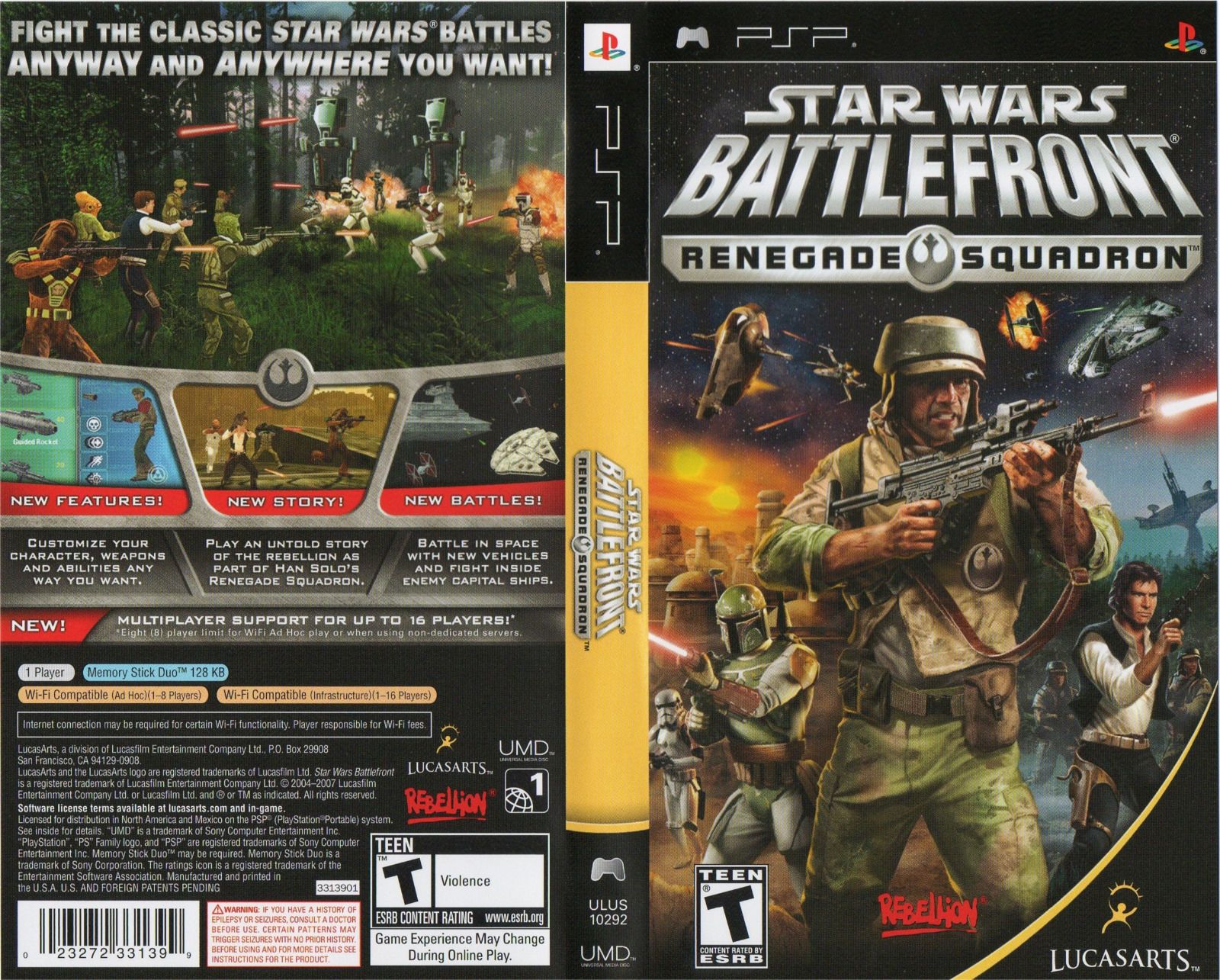 It’s time to take a look at the next Battlefront game. I’m getting closer to the end of this Battlefront marathon as there is just one more that I have after this one. Renegade Squadron is a pretty fun game with a nice setup, but it is definitely as short as you may have heard. I was able to blast through the game in around 3 hours if not a little sooner. There are only 11 levels and they’re all pretty easy. I think I only lost a level once during the whole playthrough. The gameplay is definitely solid though and I can’t say that there are any real weak points to the game beyond the length.

The game starts with a researcher trying to make sure that the history logs about the original trilogy are accurate. As a result she calls the leader of the old Renegade Squadron since nobody’s ever heard of them but apparently they were crucial towards winning the war. The commander confirms that this is the case and starts to talk to her about how things went back in the day. It turns out that this squad was present in pretty much every big battle. They would always be behind the shadows as they helped change events, but their role was key. They even took down Darth Vader twice.

It’s a fun premise even if it does seem like every game likes to introduce new characters who were apparently the real heroes of the rebellion. The dialogue can be pretty cheesy, but it works out pretty well. It may be by the books, but the script does get the job done. You can’t help but root for this old general as he brags about the good ole days. The cutscenes are basically stills with a lot of cool energy effects in the background. I can definitely get behind that and having cutscenes always makes the game feel more majestic. The story may not be as grand as Battlefront II, but the narrator definitely does a better job of making it sound epic.

The graphics are pretty decent. You’ll recognize all of the characters pretty well. It definitely holds up and the PSP has always been pretty impressive in this area. The soundtrack is certainly less memorable and you may not even recall any of the tunes by the time it ends. They just won’t leave that kind of impact on you, but it could be worse. At least you have the classic Star Wars tunes that you see in all of the games.

There is a little replay value as you can play random levels or replay the story ones to get some medals. Admittedly it is still not all that much content though so if you had bought this day 1 then you’d probably be a little upset. As it stands though, I got the game for just a few bucks so that makes the purchase feel a lot better if you ask me. It may be a game that only lasted 3 hours, but at least it was fun. The gameplay lends itself pretty well to just jumping in and having fun. It’s certainly the easiest of the Battlefront games though. Your character is very strong and half of the time you can just skip the enemies.

The gameplay revolves around objectives like destroying objects/fighters or conquering areas. Long gone are the days of the original Battlefront where it was about territory. Since some objectives are just to destroy terminals you can ignore the enemies entirely. Also, you have 3 little objects that you can throw to recover your health entirely. You have a chaingun that has unlimited ammo which also packs a punch and can switch to any other weapon whenever you’re at a base. Your options are numerous and you can also run for prolonged periods of time so there is just no way that the enemies can hope to catch you. I’m not sure why they decided to give you so many techniques for this PSP title. If anything it’s part of why the game is so short since most of the levels can be cheesed.

One area where is did improve on compared to Battlefront II were the space levels though. In that game they weren’t all that fun since the ships were super slow and you didn’t have much of a proper lock on. This game fixes both options as the ship can fly real fast and you can boost for a while. The enemy targets go down quicker so it isn’t as long to clear the levels. They also added auto landing so you don’t have to worry about crashing on re-entry. I still think Battlefront should really stick to the ground levels as that is when the game is at its best, but if the space levels stay this solid then it is definitely less of an issue.

Overall, Renegade Squadron is a fun title. It’s the kind of game that you likely won’t go back to, but that’s fine. As mentioned, the gameplay is definitely a lot of fun. It may be easy, but it’s still satisfying to take out your chaingun and just blast everyone away. The fact that the game also had a pretty solid story certainly helps as well. It makes for a complete experience although I will certainly say that it is the weakest of the Battlefront games so far. I do expect that the next PSP title in the series will end up winning. It’s supposed to be longer and that will definitely help, but we’ll see if the gameplay can match up as well since that is just as important.