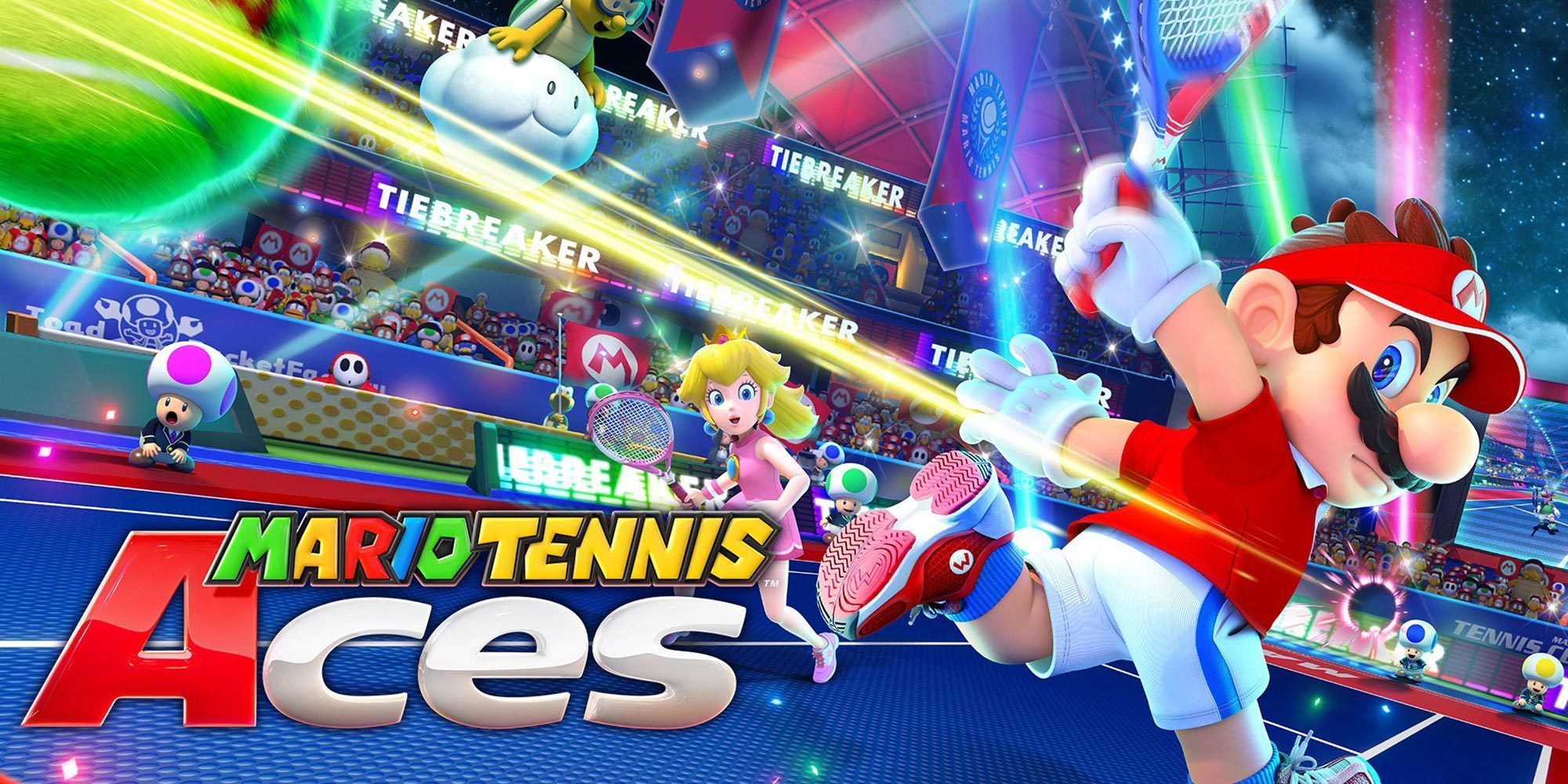 I didn’t expect that I would be able to play this game for a few years, but fortunately Nintendo stepped up and made this game completely free for all online members. You get a 5 day demo and that was more than enough time for me since the story is only around 4 hours long. It’s definitely a fun tennis title, but one where I think Nintendo went a little too far in adding extra mechanics and gimmicks. The tennis gameplay was already amazing back in the Gamecube days. Nothing else really needed to be added to take it to the next level. Finally adding a full story was cool though.

Mario and Peach were busy winning another tournament when Wario and Waluigi show up holding a mysterious racket. Luigi manages to snag it and the dark power turns him evil. Mario must now travel the world to find the 5 power gems which will allow him to subdue the racket. This will be difficult though as the villains are after the gems as well and a powerful guardian protects each of the gems. Mario will really need to bring his A game if he wants to triumph here. He’s survived some tough odds before so I’m sure he’ll be fine.

The story is surprisingly good for a Mario game. We get actual dialogue for the characters aside from Mario and Luigi. They talk through recycled voice clips which may be a bit lazy, but it’s certainly better than talking through gibberish like in Yooka Laylee. I do think that the opening cinematic was made in a hurry though because the sound bites there are especially out of place. For the text box cutscenes it was all standard enough. Bowser gets to join in the story too as you would expect and the background elements of a dark and light god running around feels like something out of Final Fantasy. It’s a short story, but definitely a fun one and I was also glad that Daisy manages to get involved this time around.

As for the gameplay, at first it seems like your traditional tennis set up. You can hit lob shots, ground shots, power moves, etc. Your goal is to score points by getting the ball past the other player. Well, this all gets thrown for a loop when the tutorial continues and they introduce zone shots. This occurs when you have some special meter and an opponent hits a ball to you that bounces a little high. You can stop time for an instant and hit the ball wherever you want. If the opponent is slow to react or hits at any point but the proper one then their racket will take massive damage and potentially shatter. If their racket shatters then they lose the match instantly. Typically you start with 2 rackets so you’re fine if just one breaks.

On the defensive side of the ball you can also choose to slow down time at any point in order to make it easier to take the shot. Finally, you’ve got your final smash which is 3 times as strong as a zone shot so it will instantly break the opposing racket unless you perfectly block it. I used this quite a lot in story mode to win most of my matches via KO. It saves time compared to going the whole 9 yards. Still, I didn’t particularly like these extra mechanics. I feel like it takes away from the actual tennis fundamentals since these abilities really take over. You just can’t win without mastering them. Especially because you’ve got a new dive which takes you almost halfway across the screen in an instant. That mechanic also went a little too far if you ask me.

The gameplay may not be perfect, but it’s still fun. If you really enjoy Tennis then you should still have no problem with it. It was fun enough where I went back to story mode after clearing it and beat the extra dungeon as well as most of the bonus missions so I got all 5 rackets. Online I got destroyed by the other opponents so I’ll need some extra work there. The demo only lasts for another 2 days though so that’ll probably be it for me. In terms of offline content there isn’t actually a lot to do so hopefully you love the online. You’ve got tournament mode and a ring mode to pay through. Gone are the days when we had a dozen minigames to have fun with. I think the problem is that there is less incentive to play all these offline modes in Aces because you won’t really get anything.

I do think Nintendo has done a good job of continuing to support the game with DLC though. When you first boot up the game you’ll see that you’ve unlocked an extra 5-6 DLC characters right away. That’s pretty neat since it’s all free. Meanwhile the graphics are definitely quite solid. I don’t care for Mario’s new design, but you are able to switch back to the standard costume as long as you unlocked it from the trial copy a long time ago. The stages and the details within are all very clear so you always know exactly what is going on at any point in time. The soundtrack is not very notable for a Mario game, but I wouldn’t say it is bad. It just doesn’t have that all star quality that you’ve come to expect from Mario.

Overall, Mario Tennis Aces is a fun game. It’s the perfect rental for a nice weekend as you just relax with the characters. That being said, there is nowhere close to enough content to justify a 60 dollar purchase unless you really love the online. After 2 days you’ll likely have finished all of the offline content so online will be all that you’ve got left. I think once the price is around 20 then it’s not a bad purchase, but until then it’ll just feel like not enough content considering how much you’re spending. Hopefully Nintendo continues to add more and more to this game with each update and then my recommendation for the game will get stronger and stronger.