Well, unfortunately this is the kind of game that has no stats. Out of the 8 levels, I did complete 5 of them though and died in the 6th so that’s sort of a stat. If only this game has a Continue feature. Even if it took some arcade points away I would have liked to have gotten to the ending firsthand. Ah well, I guess this game was as tough as it looks. 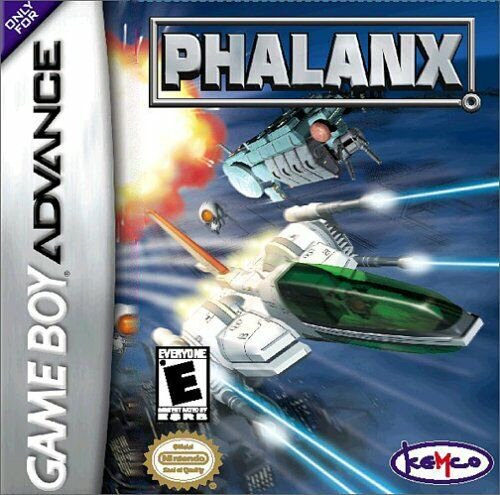 It’s time to look at an old GBA game that decided it would be a good idea to get rid of the continue option. It tries to go for a very authentic arcade feel as you have to try and go through the whole game with one shot of lives. Granted, it does autosave your progress so if you die on level 6 with and used up 2 lives in the attempt, that’s how you’ll spawn. Ideally you will get so good at the game that eventually you would clear the game and reach the ending. That would be impressive because I can assure you that this game is no walk in the park. It will take quick reaction times and a whole lot of heart.

The plot is rather vague and you only get about 3 cutscenes in the whole game. It seems that alien machines are trying to destroy the worlds and you have to stop them. Fortunately that won’t be too much of an issue for our hot shot pilot Rick. He is willing to risk his life to save his planet and that’s what it takes to be a real hero. You have to appreciate the guy’s passion through and through. Still, it’s as cookie cutter a plot as you can get so you will be playing this game for the gameplay.

It’s a traditional 2D shooter. You are always in the air and the screen is constantly moving so you can’t take your time. On the other hand, this also means you can’t go too fast as you wait for the screen to catch up. The only time it will typically stop is for a boss fight. Then you maneuver as you please to dodge the attacks. There is usually a good amount of room so you don’t have to worry about bumping into things. The average level is around 5-7 minutes long and there are 8 levels total. The game will last you about an hour if you’re a whiz at the gameplay and a little longer if you die a lot. It’s not a long time, but you don’t expect much more length out of this genre.

You have your primary weapon which is a typical energy gun, but you will pick up a bunch of other weapons along the way. Rockets, Energy Balls, etc. When you get hit by an enemy you lose one of your 4 health points along with your current weapons. You can stock up to 3 weapons I believe so choose them carefully. You will likely think that some weapons are better than others so if you see an enemy drop a bad one sometimes it is best to just leave it. You also get bombs which wipe the screen of weak enemies and weaken the tough ones. Your 3 bombs are refilled whenever you get a health item so quickly spam them before making contact with it. I also recommend stocking up on lives during the earlier part of the game since you will need them for the end.

Another thing to watch out for is the ceiling. The game’s lighting can be quite deceptive so it’s possible to be ramming into a cliff and not know it. You’ll quickly be tipped off as you take damage and die though. I think the visual effect is intentional because the cliffs shouldn’t camouflage so well. That’s just mean to the player if you ask me. The gameplay is quite sound all things considered though. I enjoyed playing through the game. It’s the kind of title that I wouldn’t stick around to try and complete without being able to use a continue, but still a good arcade title nonetheless. I probably would give it a try at one of the ole machines.

There isn’t much replay value as you can probably expect. After all, Story Mode is the only thing to do and it’s simply an hour. Fortunately I got this game for about a dollar so that’s a good bargain. I did think that the soundtrack was far better than I had ever expected it to be. The fast paced rock theme really gets you into the levels. The visuals are on point as well and on a technical level the game even looks worthy of the DS. I’d say that they spared no expense here. While there are no bonus features, you can’t say that the developers didn’t treat this game with a whole lot of care and grace.

Overall, Phalanx is a fun shooter. It is not the best in the market nor will it ever be, but it doesn’t make any real mistakes. It is a fun experience for however long it lasts you and I’d recommend picking it up if the price is right. It’s not a game I will forget very soon even if it was one of the shortest games I’ve played in ages. If it ever gets a big sequel/remake I would be interested in seeing how they enhance the plot. Adding in a continue feature would also help the game considerably.