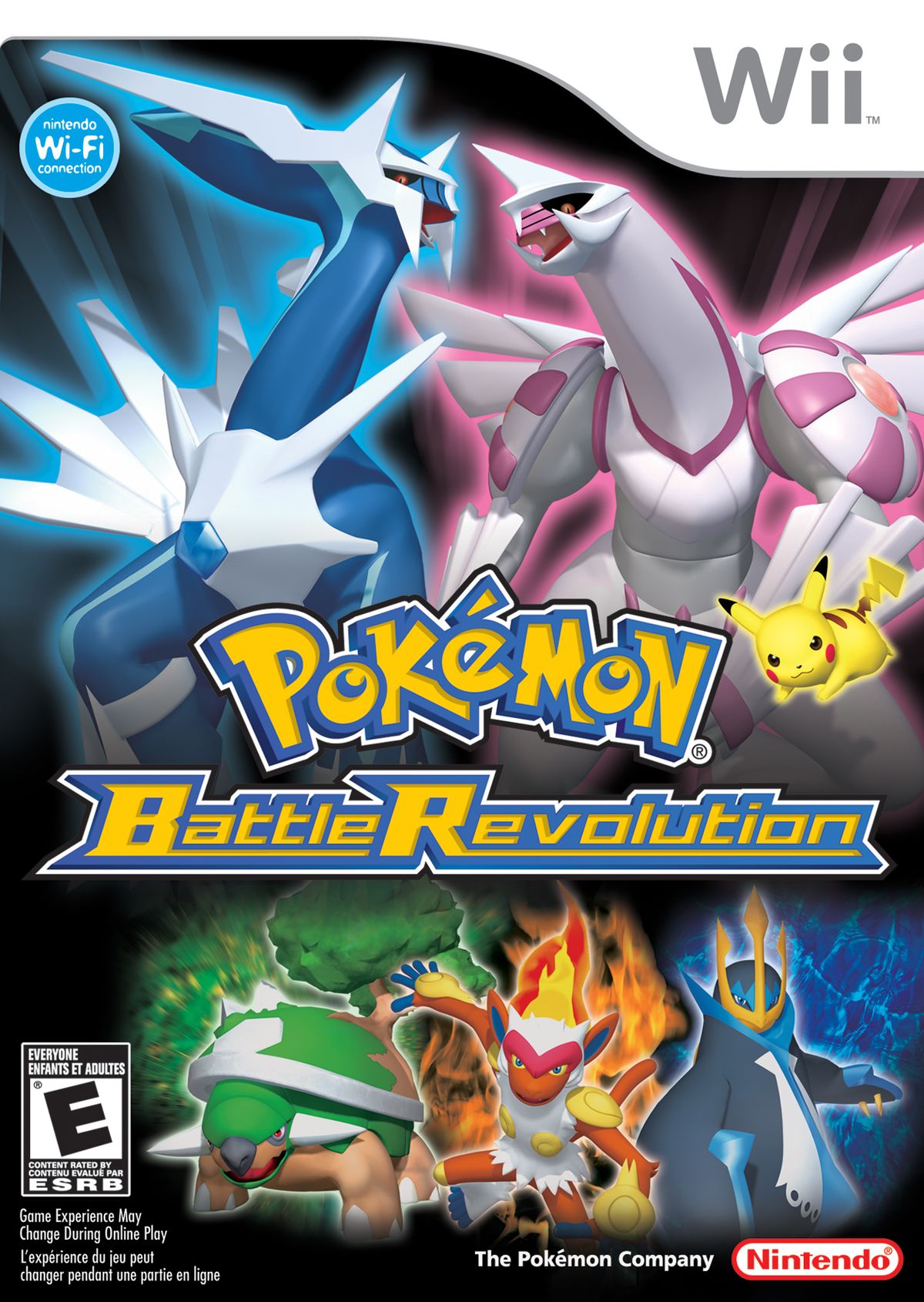 Technically, I played through this game many years ago, but my Wii broke before I could grab the review. We got a new Wii shortly afterwards but never really got around to replaying this game. I figured now was as good a time as any so I booted it up and went through a few tournies. I grabbed my team from Pokémon Diamond which included fighters from Pokémon Ruby. With Groudon and Blaziken at the ready I was prepared to take names. Unfortunately this game still doesn’t hold up as a spiritual successor to Pokémon Stadium.

When you start the game you are introduced to your limited amount of modes. The main one is to jump right into the Colosseums as you try to conquer them all. Every time you defeat an arena you get some money which you can use in the local shop to buy some clothes. The idea is that your character will look fancier and fancier as you win tournaments and by the end you will look like the champ. There’s not a ton of outfits to buy at the moment so it seems easy to get them all, but I’m guessing that you unlock more outfits as you progress during the game. It’s a quick but nice way to add replay value I suppose. Hopefully you enjoy this because that’s really the extent of the replay value.

For the Colosseums the game makes the odd decision to add a lot of luck and chance to the equation. Before I get ahead of myself though you may be wondering how you get Pokémon. Well, you start the game off with a “rental pass” which gives you access to 6 Pokemon that the game chooses for you. You can also connect one of your portable Pokemon games to bring over a real team which I highly recommend. Once you’ve done that, you enter the colosseums which all have different rules. There is the standard 1 vs 1 battles with 3 Pokémon each and the doubles battles with 4. These are classic and work well.

Then the game decides to get sneaky and introduces the Neon tournament. This one throws in a wheel of fortune and the gimmick here is that your Pokémon as well as your opponent’s are thrown into the wheel and both of you throw darts at it. Whoever it lands on is the Pokémon you will use and each of you do that until you have a full team at the ready. Of course the computer got my Groudon right away…. I don’t see the point of putting this level of luck into the game. Part of the point of Pokémon is to fight alongside the Pokémon you’ve trained up, not some random ones.

Another problem with this one is the colosseum length which makes losing pretty punishing. The tournaments are mainly 7 rounds and you have to win them all back to back. You can do a quick save to take a break from the game but if you lose any of the 7 matches then you have to start the tournament all over again. That means for the luck based one you have to be fortunate many times in a row. That’s not really something you want to bank on. Personally I would have either shortened the tournaments to 3-4 battles or I would have just made it so you continue from where you lost. Either option makes for a much more enjoyable gameplay experience. As it stands the colosseums are too punishing and not rewarding enough.

The game also suffers from how long the matches take which is something that affects most of the big console Pokémon games to be fair. There are a lot of animations in the battles and they can’t be turned off so you have to watch each attack. Even Pokémon Colosseum was affected by this so I’m guessing it is difficult to speed up the games. The portables do it though so there’s got to be an answer. That’s actually one of the things I’m hoping Pokémon Sword can fix. If any Pokémon game can get around this it would be the latest installment in the main series. I’ll give the developers of Battle Revolution props for adding so many unique effects to all of the characters since I’m sure it was visually challenging. There should just be a way to toggle it on and off. Graphics is one of the strongest points of the game and they aged very well. All of the character models are on point and stages look quite solid. The soundtrack is also pretty iconic at this point. As soon as I turned on the game I was hit with the nostalgic tunes. Battle Revolution did a good job of creating its own soundtrack and it holds up quite well. It does lot have the scope and variety of the main games but is still a solid collection in its own right.

I think another part that hurts the game is that aside from having no story you don’t even have the classic Gym Leaders to help out. We do have Colosseum leaders, but none of them are particularly noteworthy and since you have to make it past a full gauntlet to see them you won’t really get to savor the experience for long. There’s no real hook beyond the fact that this is a Pokemon game and that’s not enough to carry a title for very long.

Overall, Pokémon Battle Revolution is one of those games that should have been much better than it actually was. I feel like it’s hard to mess up with a Pokémon game but this one threw away a bunch of opportunities through its Colosseum format. I really don’t understand why the game did that. Pokemon Stadium already created a very nice format for how you would handle a home console Pokemon game. Battle Revolution should have focused on that rather than trying to re-invent the wheel. That was their big mistake and while they may have been trying to be innovative it completely backfired. It’s still entertaining, but only in small batches and you could always be playing a better Pokemon title.