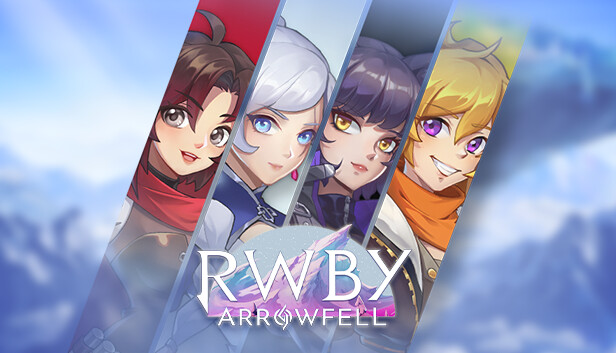 Felt like I had to wait years for this game to come out! I was waiting a long time ever since they announced that WayForward would be helping out with this game. They’ve churned out a lot of all star titles over the years and then ArcSystems was also in on it? This was shaping up to be a game of the year contender and the definitive RWBY game at last. Unfortunately it feels like they ran out of development time early on as this feels a whole lot like a cash-in title. That was too bad but at the end of the day it was still a pretty good game. Not amazing in the way that I was hoping for but you’ll have a fun time here.

The story takes place in Volume 7 shortly after the heroes got their professional licenses but before the election since Jacque Schnee isn’t on the council yet. So it’s a rather tight timeline that we’ve got here. A lot of Grimm have been appearing lately including a new group by the name of BRIR so something is amiss. Ironwood asks Team RWBY to investigate what is going on along with the AceOps. The whole world is depending on them so the heroes have to be up to the task.

This is a fairly short game as I completed it in under 4 hours and I obtained the Platinum trophy around an hour or 2 after that. So there is very little replay value here. 100% completing the game in 6 hours and not having any kind of post game to complete is a bit rough on that front. You don’t want to be spending too much money on this one but fortunately it launched at $30 and I suspect that it will be a lot cheaper very quickly. That may feel like shots fired but it just feels like the price would dip quickly. That said it is still RWBY so I would advise you to get this game immediately.

One of the issues with the story here is it feels like Rooster Teeth told the devs they couldn’t do much of anything because the game takes place too recently and they didn’t want to mess with continuity. That’s why it would have been best to make the game not canon so you could just go all out with the plot. As a result it’s not always the most grand of stories. I liked the new villains introduced here in Team BRIR and the final boss is fairly solid in his own right as well. Only issue is that there is a bit of a mystery on who the villain is so any original character made up for the game is deeply suspicious. It makes things just a tad too easy if you ask me. I would have skipped the mystery angle from the jump.

The script also reads like it was created from someone who didn’t actually watch the show. The characters tend to be out of character and it just doesn’t make sense. I’ve never seen Weiss be so upset at Penny constantly. She seems to be really antagonistic to the robot right from the jump for no real reason. It’s a bit bizarre to be honest. Now this may all be sounding a bit dicey but we’re here for the gameplay right? That part is fairly good. It reminds me of the old Cartoon Network web games from back in the day. You can run, jump, attack, and use your semblance. You can also switch between the 4 girls at any time and you need to as each one has an ability needed to get past an obstacle.

It’s like a budget version of Shantae. The hit stun is pretty large so try not to fight any opponents by a ledge or you are definitely falling down. There’s no EXP in the game so you should try and skip all of the enemies that you can. The only benefit to fighting them at all is that they drop coins which is useful for buying items but getting money is quick either way so not much to worry about there. You can buy skill points and heart upgrades that way though. Make sure you buy them all as you’ll need them for the platinum. All of the levels have chests with skill points. You may have to walk a few steps out of your way to get them but I recommend doing this because then the Platinum is even quicker after you beat the game.

The graphics are pretty solid. The character models for the characters are surprisingly low quality but the actual level designs and everything are fun. I wish we could have gotten full voice acting instead of the old text boxes for most cutscenes but one treat is that we do get real fully animated cutscenes in each chapter. Now that was cool and it made you feel like the game did get a big budget somewhere in there that just dwindled over time. Those cutscenes were one of the highlights in the game. Then you also have to consider that the soundtrack here is pretty cool. I liked the new lyrical song that popped up during the first level. It’s really catchy and a lot of fun. There are a few other lyrical songs that weren’t really my thing but I did applaud the effort. It was still impressive to get these in there. So I give the soundtrack a thumbs up because of these songs and it makes up for the repetitive minion theme that plays for each ambush.

I said to skip the villains but that isn’t possible during ambushes of which there are a few in every level. These are points where you have to beat everyone before you can go forward. A bit tedious no doubt but they go down quick. The problem is that you’ll have probably maxed your character out after the first few levels so your attack doesn’t get any higher while the minion health bars just keep increasing. It makes things a little longer even if they are easy to dispatch. I did lose a life once on one of the last bosses though so it’s not a total cake walk. For the most part you can just spam the attack button and beat them before they can drain your health though.

Ruby has the best semblance here as she can go through enemies so I would spam that as I blasted through the levels. I ended up using her the most by far. Blake’s copies are handy though since you can attack in 3 spots at once. Weiss has the worst attack unfortunately but she is good for reaching high places. Yang is strong but her attack is too short ranged so it’s usually better to use Ruby.

Overall, Ruby Arrowfell is one of those games that should have been a whole lot better. Put in the right elements and this would easily be a 9 star game. It didn’t go that route but I would still say to check it out. It’s a pretty fun game that probably would have been a really massive hit back in the GBA era. Now it just feels more standard. The gameplay is good and the big cutscenes help to carry the game. They keep things from getting bad for this one but unfortunately it looks like we’ll have to wait a while longer to get a definitive RWBY game. I know that it will eventually happen though.