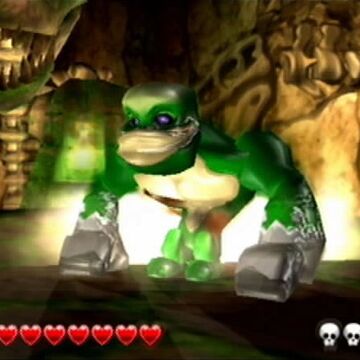 Greenfist is a villain in Wario World who made me immediately think of DK. Both of them are users who like to go with their punches as the first line of defense. DK has had better feats over the years and a whole lot of other opportunities to show off his abilities beyond just one game. That’s what is going to hold Greenfist back here. He just won’t be able to keep up so while he can dish out a good punch, he is out of his league. DK wins. 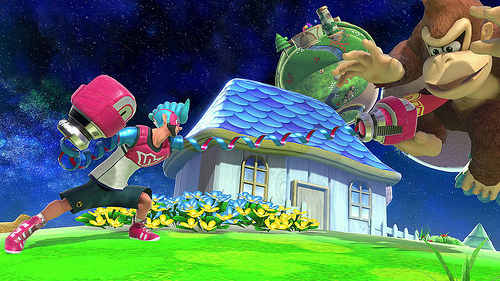 Suggested by Sonic Spring Man is a pretty tough hand to hand fighter. He’s good at zoning out opponents with his long reach and then moving in for the win. That won’t work too well against DK though. DK is a lot stronger than Spring Man and fast enough to grab his fists as they approach. Spring Man could stick to long range firepower but DK can easily catch him with his rockets. Once DK gets a good hit the match will be over. It’ll stun Spring Man long enough for DK to finish the job. DK wins. 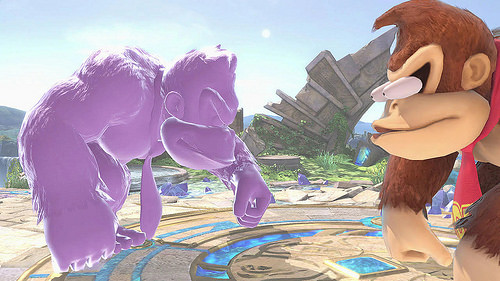 Suggested by Sonic DK is a heavy weight fighter. He’s taken a lot of powerful shots back in his day and always rose back up to the challenge. Ditto will have a hard time copying that level of charisma. Still, Ditto’s copy ability has allowed him to become many powerful Pokemon. While his copied abilities don’t seem to be as strong as the authentic articles, he is still more than a match for DK here. DK isn’t good against long range attacks and Ditto has plenty of those. Ditto wins. 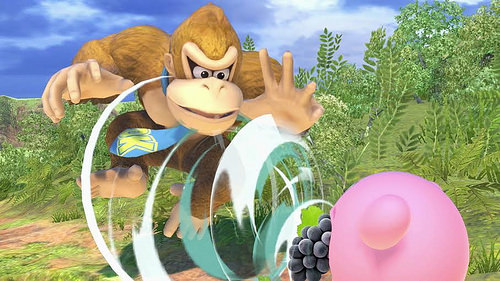 Suggested by Sonic DK is a pretty strong fighter who definitely knows how to play the drums pretty well. I don’t think that he is the kind of guy that you want to underestimate. That being said, Kirby has absorbed many different abilities over the years including barriers and energy blasts. I don’t see DK being able to get past all of that and he is too slow to stop Kirby from controlling the pace in this fight. Kirby wins. 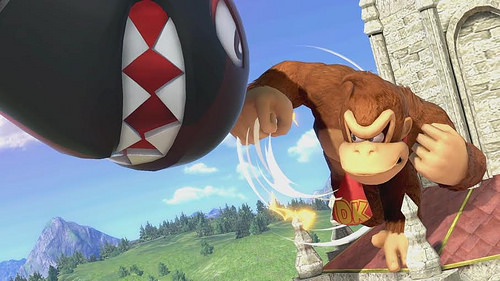 Suggested by Sonic The Banzai Bill is one of the most powerful Mario villains to date. Typically you don’t even want to mess with this guy and in games like Super Smash you can’t even hurt him. That being said, DK is a music meister whose shockwaves can keep the Bill from getting close. Banzai would simply explode before he could get close enough to deal any real damage. DK wins. 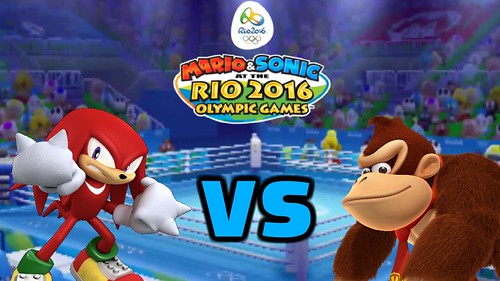 Suggested by Super Dark Shadow. DK is a powerhouse who has always been known as one of the stronger Mario characters. I can’t really argue that to be honest since his physical power is actually pretty scary. That being said, I definitely think Knuckles could take him on. Knuckles is strong as well and in his most powerful forms he is also quite fast. Knuckles would have DK down in a few hits guaranteed. This Kong just isn’t strong enough to stop him. Knuckles wins.

It’s been a while since Little Mac returned to fight on the blog and he’s up against a pretty powerful Mario fighter. DK has been known to rival Bowser in strength and he’s also quicker than the King of the Koopas, which can be tricky for the boxer. Luckily, Little Mac is no slouch in the speed department either and his fierce uppercut will guarantee his success in this round. You can also expect him to be getting many more wins in the near future since he has proven to be the MVP of the latest Super Smash Bros game! Little Mac wins.

DK is a pretty tough fighter, but he won’t be able to cope with Toon Link’s array of weapons. Toon Link has his Light Arrows, which could end the fight in an instant. His Ice Arrows could also freeze DK, but Toon Link can also just win in a good ole hand to hand fight. DK just wouldn’t stand a chance against such skill. Toon Link wins.

Kapp’n may seem to be a pretty tricky fellow, but he just doesn’t have what it takes to defeat someone like DK. DK is a powerful warrior who never backs down from a fight and he’s as tough as they come. One good punch will be enough to blow everyone away. It’s just the way that the ball bounces and I think it’s safe to say that Kapp’n is out of his league. DK wins.