Suggested by Anonymous Madoka Kaname is definitely a really fun character. She never let go of her hope throughout and her ability to create entire universes was certainly impressive. Goku has the ability to destroy those universes though and completely dominates Madoka in all combat related areas. There’s no way she can deal any damage to him at this point. Goku’s simply become too powerful. Goku wins. 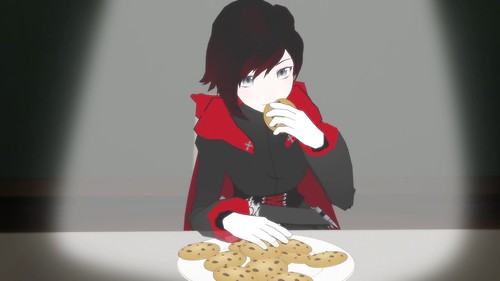 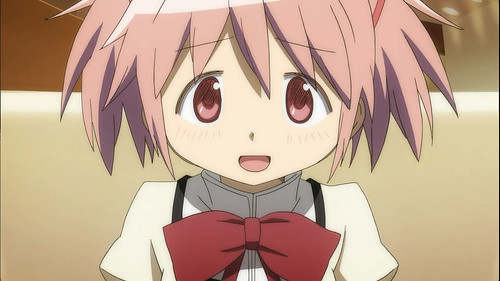 Suggested by Destroyer Madoka certainly got some pretty cool cosmic abilities by the end of the show. She is a deity of the highest level but that doesn’t necessarily translate well into combat. Ruby is a fighting legend so it will be difficult for Madoka to outwit her. Ruby’s speed is also on a completely different level. Ruby Rose wins.

Madoka Kaname is a powerful magical girl and maybe one of the strongest in existence. It’s certainly hard to deny the fact that she became a deity at the end which gives her some cosmic brownie points. At the same time, she still can’t quite keep up with someone like Bass. He moves at FTL speeds that are completely unheard of and his raw power is also off the charts. Yeah, Bass just outranks everyone whenever he enters the field and I’m afraid that this match is no different. Bass wins.

All right, it’s time to start off the set of battles between the Magical Girls from Madoka Magica and the Sailor Scouts from Sailor Moon. Sailor Moon is known as the ultimate magical girl show and is did for Shojo what DBZ did for Shonen. It’s a legendary series, but I say that it’s time to pass the gauntlet to the new and improved show. That being said, we’re not talking about which show is better, but which team has the stronger fighters. So without further ado, here we go!

Sailor Moon is the proud leader of the Sailor Scouts and her Eternal form is quite powerful. She’s essentially cosmic in nature by the end, but likewise, Madoka became Madokami by the end of the series and can literally do anything with her power. She became a very concept and rewrote the universe. Both of these characters are powerful, but I’d argue that Madoka’s abilities greatly exceed those of Sailor Moon and as a normal fighter before the cosmic versions, Madoka seemed to be much quicker and her lasers would incinerate Sailor Moon. Madoka Kaname wins.