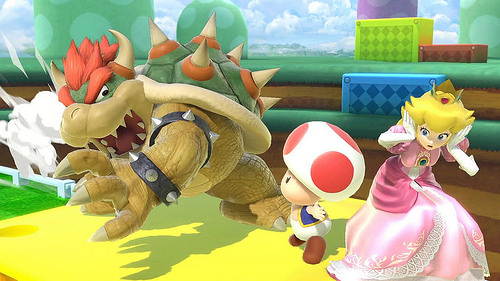 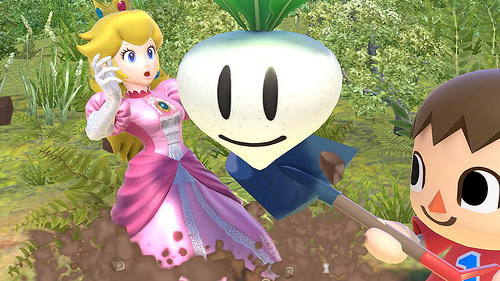 Suggested by Sonic Villager is a pretty nice kid who knows how to use all of the gadgets at his disposal. Underestimating him would be a mistake. That being said Peach has her Shadow Queen form. In this mode she can easily block all of Villager’s attacks. He has no means of damaging her and I don’t think it would take many of her moves to bring I’m down for the count either. The gap in their abilities is simply too wide. Perhaps he will do better when he is a little older. Peach wins.

Suggested by Destroyer Spica is a good Detective or at least she has little friends who help her solve the case. At the end of the day, she gets results and that’s what counts. Unfortunately for her, Spica’s hand to hand skills are very limited and won’t help her a great deal in a fight. Peach is the more impressive fighter and will quickly take the advantage. Peach wins.

Peach is a princess and she has been through many dangerous situations. It is easy to see why some would be tempted to pick her in a fight and I nearly did just that. That is when I remembered Wario Man and how tough he can be when the fights really get going. His super strength should net him a win here. Wario wins.

The Sharktopus is reasonably tough, but he won’t be able to take Peach down for the count. Peach has her hand to hand experience from back in the day and her final smash can try to put Sharktopus to sleep. If all else fails, she can just run over Sharktopus with her Kart. The Sharktopus doesn’t really stand a chance here! Peach wins.

Black Widows can be pretty scary creatures when they sneak up on you at night, but they’re not that deadly during the day time. Peach has her umbrella and she can win this round with a single punch. The Black Widow just isn’t a match for her and even 100 of them would not be enough. Princess Peach easily claims victory in this round. Peach wins.

Allosaurus isn’t one of the strongest dinosaurs out there and he definitely won’t be able to take Peach down for the count. This is the month of Peach according to Nintendo so it’s good to see her snag a win. Her battle experience and hand to hand expertise guarantee that this is a swift victory. Peach wins.

Peach may be pretty experienced when it comes to sports and racing, but she’s a little out of her league when it comes to taking on a powerful Pokemon like Greninja. Greninja is deadly from close and from afar. Peach won’t be able to get close to Greninja in order to end the round. Her power is also not enough to injure Greninja, thanks to his defense. Greninja wins.

Charizard is one of the stronger fighters of the Smash Bros team and I don’t believe that Peach would be able to defeat him. Charizard is deadly from long range and he’s equally fierce when it comes to close quarters combat. Peach has her array of staffs and other household appliances that she can use to take some shots at Charizard, but it will all be for naught. Charizard wins.