Suggested by Sonic Solomon Grundy is one of the most powerful villains around. At his best he was even able to overpower Superman for a little while. As strong as Red Hulk is, he’s not doing that. Red Hulk’s greatest advantage in this fight is that he actually has long range options while Grundy has to fight up close. This won’t help a whole lot though because those options aren’t enough to significantly damage Grundy. So all Grundy has to do is get close and then it’s curtains since he’s that much stronger. Solomon Grundy wins.

Suggested by Sonic Solomon Grundy may not be one of my favorite DC villains but the guy does pack a real punch. When he returned in his zombie mode even Superman was having a hard time against him. I have no doubt that Mr Mxy would also be running at the end of his rope here. He has a lot of reality warping skills and some energy blasts but nothing that would really hurt this zombie. Try as he might, there’s no way for Mxy to stop him. Solomon Grundy wins.

Suggested by iKnowledge Solomon Grundy is definitely a strong fighter, but he’s got nothing on Yusuke. Yusuke’s power was already enough to take on high level demons like Toguro and that was before he tapped into his own demonic energies. Grundy may be nearly immortal, but he’ll definitely be feeling Yusuke’s attacks. I don’t think he will be able to stand up to them for very long and will ultimately be doomed to go down. The difference in speed is also something he’ll need to watch out for. Yusuke wins. 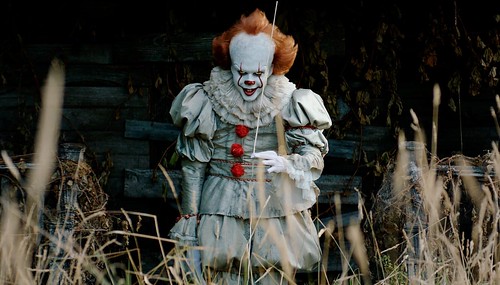 Suggested by Jimmy Pennywise is reasonably powerful when he’s fighting with frightened kids, but how does he fare against a fearless zombie? Not very good. Solomon Grundy will easily be able to punch his way to victory here as Pennywise can’t really do much to slow him down. Grundy has traded blows with Superman in the past, that’s all you need to know. Solomon Grundy wins.

Suggested by Jimmy Widget seems like a pretty nice guy and shapeshifting has a lot of uses. That being said, it isn’t an incredibly useful ability in a fight. Solomon Grundy can still easily finish him off with a single punch. Grundy is a surprisingly powerful DC villain after all and easily outmatches Widget. The poor guy won’t know what hit him. Solomon Grundy wins.

Suggested by Jimmy Biscuits Rick Grimes may be a survivor, but his instincts alone won’t be enough to take down someone like Solomon Grundy. Grundy has the massive edge in super strength as well as durability. There really isn’t anything that Rock can do to deal any damage to this guy. Grundy has taken blows from Superman and we know how strong that hero is. The end is nigh for Rick but maybe he can redeem himself in another round. As for Grundy, he will try to keep up the momentum. Solomon Grundy wins.

Solomon Grundy is pretty powerful and I would easily give him the advantage in a fist fight. The Hulk is powerful, but I really don’t see him being able to stand up to Grundy. At Grundy’s height in power, he was even stronger than Superman and that’s an insanely good feat. The one reason why the Hulk ends up taking the win is thanks to his long range advantage. He’s handled quite a few laser cannons that could deal a lot of damage to he can afford to bide his time and strike from far away. Eventually, this would prove to be enough to secure a victory. Hulk wins.

Solomon Grundy is back and now he’s up against The Mighty Thor! Thor has Mighty Mjolnir at his side and one good shot from his hammer should deal Solomon Grundy a serious blow. Solomon Grundy is not the type of opponent to be defeated very quickly, but he still won’t pose much of a problem for Thor. Thor has the advantage in power and he’s also the better fighter. Thor wins.

Solomon Grundy is a pretty powerful DC villain and especially in the DCAU. He got amped up during his final appearance and he was even able to trade blows with Superman. Abomination also got a power boost during the Chaos War and it was also pretty impressive. He was able to take on all of the Hulks at once and nearly destroy them all. Still, fighting Superman is a lot more impressive than that and Solomon Grundy’s raw power and stamina should definitely give him the edge. Solomon Grundy wins.