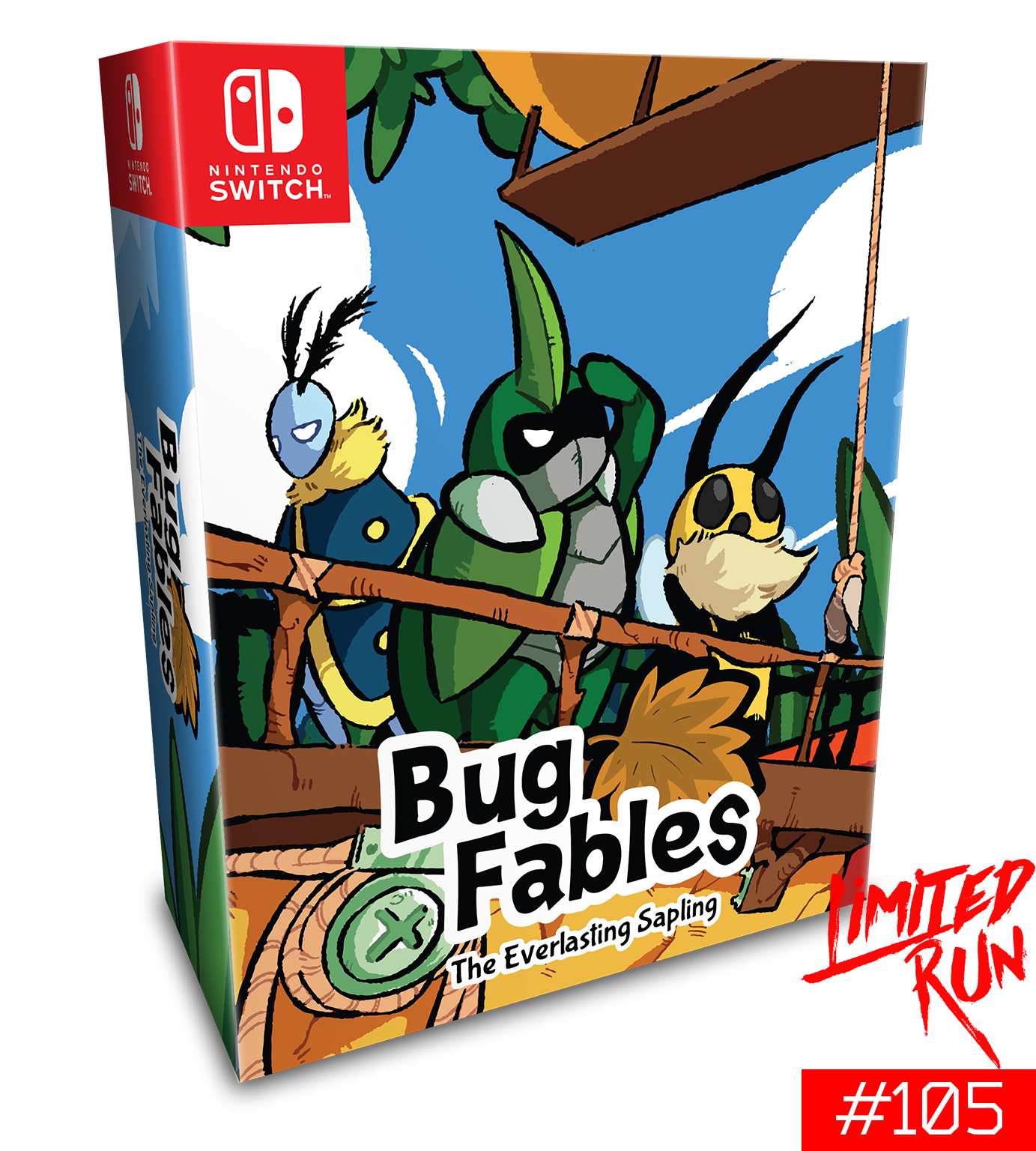 Bug Fables is a fun story about a group of bugs that must ultimately band together to save the world. It’s fairly common knowledge that this was inspired by the Paper Mario series and the game does a really good job there. It does feel like the classic paper experience with no gimmicks to hold the title back. The story is definitely fun and there is quite a lot to do here so this is the kind of RPG that can really last you for quite a while.

The story starts with Kabbu and Vi both trying to convince the kingdom to let them become explorers. The thing is, both of them aren’t exactly qualified for this. Still, a concession is made and they can do this if they team up so they at least have a 2 man squad like everyone else. They reluctantly agree to this and head off to the first dungeon to prove themselves. That’s when they meet up with a guy named Leif who seems like he may have time travelled or something as his descriptions don’t match with the current reality. There is little time to think about this though as the Wasp Kingdom continues to make moves against the Ants. The only thing that can stop them is to find the Everlasting Sapling to give to the queen and we will need to find some relics to locate that. It is a race against time!

As you gather the relics in the game you gradually begin to learn more about the kingdoms and exactly what is going on here. Think of it like Dynasty Warriors where you have multiple warring countries and nobody gets along due to grudges passed on through generations. Vi is a bee, Leif’s some kind of cricket, then you have Kabbu the beetle. The kingdoms are run by a bunch of different insect tribes and none of them get along very well in part due to the current Ant Queen not being a great diplomat. As the game goes on all of the kingdoms start learning to work together against the wasps.

It’s a fun story and the main villain is solid as well. His fire abilities are impressive and he has some solid lines like when the heroes say “Think we’ll fall for that again?” to which he responds “Yes” as he one shots them with his fire abilities. As the characters are all insects you can imagine how useful a fire technique would be. Most fighters go down in a single hit to that kind of move and it’s what makes the main villain such an impressive threat. The cast is fairly memorable here and the adventure is long enough where everyone gets to have their moment.

There are even some rivals at the ready like a famous singer and her bodyguard who tries to keep up a tough image while he is in her presence. Ultimately he is always ready to put up a tough fight although it’s safe to say that the main characters are the strongest ones around. From the 3 I would say that Vi steals the show. Vi’s always talking tough and is the most aggressive of the 3. If anyone tries to talk the team down then Vi will set them straight. Kabbu is also solid and he’s the wise mentor of the group. He doesn’t jump into action as quickly as the others but has enough power to defend himself.

Then there’s Leif who is a lot more sarcastic compared to the other two and isn’t quite a people person. That said, you can certainly count on him in a pinch. Even the Ant Queen gets some solid development by the end of the game and isn’t just some figurehead that you don’t see until the end of the game. She does contribute in the game when needed instead of staying in the shadows the whole time.

The graphics are good and are certainly Paper Mario inspired just like the gameplay. The worlds are colorful and quite memorable. The towns can be a bit large though and there is no map so you really have to find everything out through trial and error. If there’s one thing the game lacked, it’s a better map system. Something to let you know where to go and what to grab. It took me a while to find one of the shops for example but at least once you find a place you are unlikely to forget where it is.

The soundtrack is also good. In particular there’s one danger track that I liked a lot and it shows up whenever a boss is approaching. The main campaign is also fairly long so you’re going to get the full RPG treatment here. On the whole I wouldn’t say the game is too hard but there will likely be one or two times where you may need to get an extra level up. As far as RPGs go I would consider this to be one of the ones on the lower rung in terms of grinding. You don’t need to worry about spending hours fighting minions or anything like that. If you’re really in a pickle, just buy some recovery items and you’ll be all set.

After each level up you can decide if you want to increase your health bar, magic meter, or badge space. Personally I recommend focusing on magic meter and badge space since those are crucial. You can use badges to increase health as well so that’s why I rarely went with Health. Maybe upgrade that 2 ties but the rest you can pour into the other attributes. There are only around 37 levels in the game so you want to choose where you allocate everything pretty carefully so you’re in a good position.

The gameplay is a turn based system where you use your reaction times to maximize the damage and how much you shield from their attacks. For example you may have to input commands as shown on the screen or tap one button repeatedly. The more you master each skill, the better you will do in a fight. When you’re not in combat there are some puzzles you will need to solve by using each character’s signature move. The puzzles here are well done though and you shouldn’t worry about them being unclear or cheesy. Each one can definitely be solved with the knowledge the game gives you.

Overall, Bug Fables is a solid RPG. It’s a good bit of fun throughout and the characters are likable. The story gradually raises the tension throughout to the climax so you get to end off with a bang. There’s a decent amount of replay value here as you take on the side missions. It seems like doing so will allow you to learn more about each of the characters as finishing up their stories is like a post game to each of them. It’ll be cool if the game gets a sequel, there’s definitely more you can do with this world for sure.