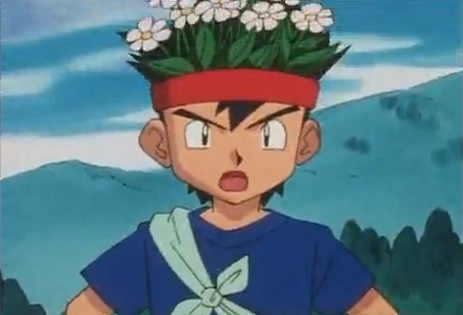 Suggested by Anonymous Gulzar has a Gloom at the ready, but one Pokemon won’t be nearly enough to take down someone like Duo. Duo is huge and really gave Megaman and his friends a tough battle. He has the ability to take down most opponents in a single hit and I dare say that Gulzar is no exception. Gulzar doesn’t have nearly enough power to hope to repel Duo for long or even for a moment. I’m afraid that this match will be over as soon as it is begun. Duo wins.

Firestar is a tough and charismatic cat, but he really doesn’t stand a chance of defeating Duo. Duo is one of the strongest beings in Megaman history and he only needs a single shot to take Firestar down for the count. Firestar isn’t fast enough to dodge his attacks and none of Firestar’s attacks have enough power to injure the being. Duo wins.

Original image for Firestar was drawn by NatameSecrea. The link to the image is below.

Luigi is a pretty powerful fighter and he knows how to use his karate mastery to its fullest, but that won’t be enough to stop Duo. Duo was able to take on Megaman in a fair fight and he claims that planet busting is something that he can do. Luigi will be able to dodge Duo’s attacks for a while, but eventually they will hit and Luigi will be down for the count. Duo wins.

Just when the cosmic arc ended and Duo had thought he was away from it all, Vile has come. Vile hasn’t fought before so no one knows the extent of his vast power. They just know he’s beyond them, just as he’s beyond Duo. Vile wins.

Duo’s a really strong guy. Not many people can take him on 1 on 1. However Serenade is a pretty strong person who is one of the few. He can beat Duo at beams. Also he can reflect Duo’s beams. Serenade wins.

Clockman is now tied for last. It’s a very sad state for him. And it will only get sader since he’s fighting Duo. Duo shows no mercy to those that are evil. While Clockman is not as evil as others he is still evil and must be deleted. Duo wins.

Duo is back. Most people who know Duo.exe think of him as a high above being. Some would even say he’s the strongest Battle Network character of all time. I highly doubt that. Pharohman’s beam took down Megaman in one hit. He also took down Protoman. Later he even got a power up in beast and fought Megaman in Beast out form. A couple of destructive beams from Pharohman and it’s all over. Pharohman wins.

Elementman has elements at his hand that far surpass the powers that a navi should posses. In fact not even Megaman could hope to win. Duo however has giant lazers. Duo wins.

Novaman is actually Starman, but America calls him Novaman so I will call him that as well. Duo is a giant megaman villain……he’s not intentialy evil, but in the end he is. Sadly for Novaman he’s not the person to take him. Duo wins.

Cache may be the final exe villain, but I don’t find him that impressive. Duo has a big cannon. Cache, however has blasters. Cache also has mysterious powers. Duo doesn’t rely on fancy tricks. Duo has his mighty fists. Duo is also a vast cosmic entity. Duo wins.