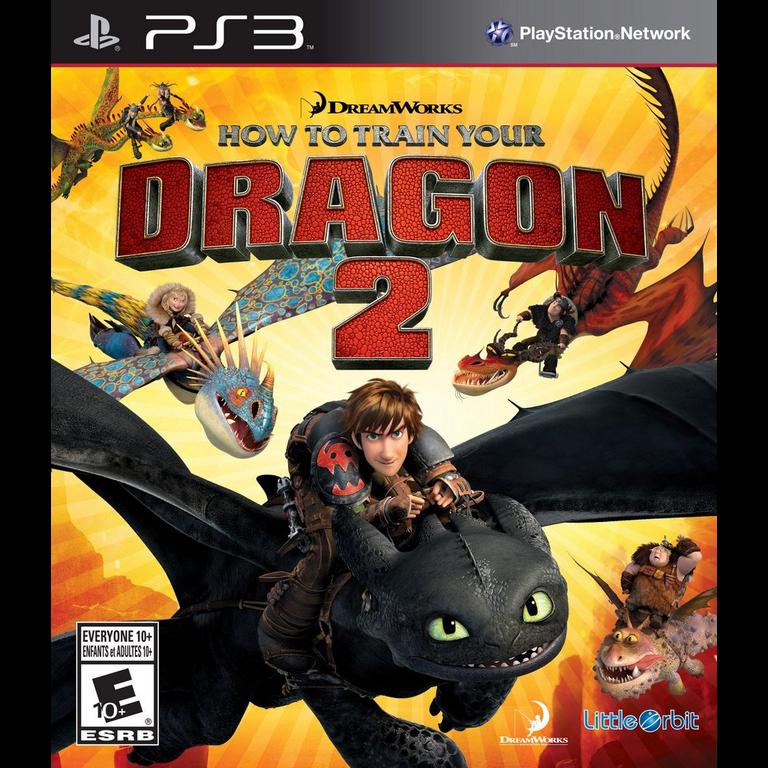 After playing the first game in the Dragon series I was expecting pretty big things here. Unfortunately it just wasn’t to be. The sequel really ended up fumbling the ball here. The main issue is that the gameplay has been completely changed so now you’re riding a dragon in a very limited environment over and over again with no story. So this feels like more of a free to play minigame than an actual title. If they had only kept the cool action combat from the first game then this could have had potential.

So the game starts off with showing you how to fly. You fly around the world in 3D. You can go up, left, right, and down. You can fire off fireballs as well and during the races you can use items to boost or throw things at people. That’s the extent of the gameplay. So what’s the goal of the game? Presumably it’s to play all of the tournaments and events but they just keep on spawning. There are trophies for getting golds in everything though so eventually they should end. Honestly what the game could have done right off the bat to make things more interesting would have been to just have added a little story here. Maybe a cutscene where the bully is teasing us for not being able to fly so well so the main character wants to prove him wrong. At least that gives you a reason to keep on playing since you have to show them what’s up. Without that in the mix, it just doesn’t feel the same.

There are 4 main kinds of minigames. The first is the classic ring challenge. You have to fly through a bunch of rings within a certain time frame. Fly through them all to get a perfect score or at least go through most of them in order to pass the challenge. It’s a very basic game and while it’s not bad, there’s just nothing to it. So having to do this over and over again isn’t exactly thrilling when you think about it. Next up is..more rings. This time you have to get to the goal at the end of the level and you fly through rings to extend the timer. You’ll want to fly through as many rings as possible so the timer doesn’t run out too quickly. I mean…it’s a different variation at least but I wouldn’t say there is too much to it.

Next up is a minigame where you have to try and blast cardboard cutouts of villains. You have to make sure not to blast heroic ones by mistake. The idea is to blast them all very quickly before the time runs out. This one is a little tricky with how many points they want you to grab. A few mistakes will definitely be too much for you to come back from so you will want to keep that in mind. Finally we have my least favorite minigame which is one where you have to pick up Sheep and deposit them either at the finish line or in their pen. It’s really hard to land to grab the Sheep without crashing. The game is quite sensitive about the crashes so when it happens the pilot is completely thrown off of the dragon and ends up crashing somewhere after a full cutscene. It’s certainly not something that you want to see happen but it’ll probably happen quite a bit by the time you’re done with this minigame.

Aside from the challenges then you will also encounter occasional tournaments. These basically just fuse the minigames together only now you are playing against computers. The A.I. is actually pretty good in these. Mix that in with all of the luck factors in the game such as items, and sheep spawning in the wrong places and you are going to have a tough time winning. Not that winning seems to matter though. Whether you come in first or last you progress to the next challenge on the list. At least that means the game is relatively low pressure right? It also means that each level feels like it doesn’t matter though which is an issue. The tournaments also feel a little too long. They may only have 5 events but they feel like they end up dragging on quite a lot.

For the first time since Ninjabread Man also expect to hear the same voice clips repeated forever and ever. The main character just can’t stop talking while you are flying on the dragon. He’s constantly yelling and panicking. If you’re in first then he’ll be bragging the whole time. Either way the actor seemed to only want to record around 5 lines or so which means that he has to keep running them on loop the whole time. Not the best way to handle things, in that cast the developers should have turned down the voices a bit. He shouldn’t need to talk all the time unless you can record a ton of lines.

As for the graphics, they’re okay I suppose. They haven’t really changed since the first game but at the same time it’s a bit hard to judge because there isn’t a lot to animate in general. Pretty much all of the levels take place in the exact same environment to the point where I feel like they started reusing backgrounds almost immediately. The hub world is rather small as well. At least that helps if you want to find all of the collectibles although without a map or anything that sounds a bit tedious at best. There isn’t much of a soundtrack to speak of either so the film couldn’t even try to save itself that way.

It’s hard to say how long the game is since it just keeps on going and going. I played it for a few hours and I think that’s a reasonable point to stop. Of course if you do enjoy the game I suppose there is a decent amount of replay value to be found. For starters you can try to grab all of the PS3 trophies. Earning that Platinum seems like it won’t be too tough but that it will take some decent time so prepare for that. Beyond that I guess that’s about it.

Overall, How to Train Your Dragon 2 definitely just wasn’t on the same level as the first one. Gone are the fun dragon battles and all of the excitement that the first game left on the table. This title feels like the developers just didn’t know what to do with it. As a result the whole product suffered quite a bit. If they made a third game or if they ever make one, I hope it goes back to the combat gameplay of the first. If not, at least it should involve platforming and have some kind of story. Just being a minigame title without much variety with gameplay is a losing strategy.