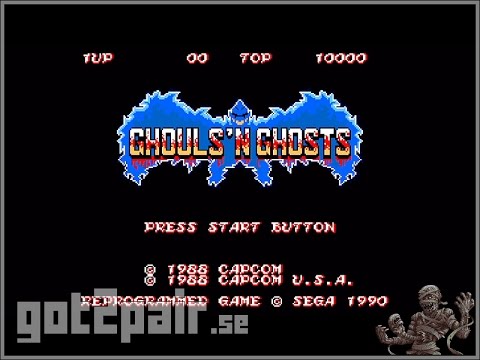 It’s time to look at another NES game as I get one step closer to conquering them all. This one is definitely pretty well known. I enjoyed the second one but the original hasn’t aged nearly as well. The platforming can be a little clunky with the controls and the weapons dynamic also hurts. See, there’s a chance you will chose the wrong weapon and then in the final level you are really in trouble. There’s just not much that you can do if anything. I made it up to the boss but my axe wouldn’t deal any damage. It seems like I should have kept more of an elemental weapon or something. If there is a way to beat the boss with the axe then that’s good, but I have my doubts. I tried hitting him many times to no avail.

The gameplay is pretty classic though in the style. Effectively your task is to keep on running til you get to the end of the level. On the way you will pass by a ton of minions and obstacles. Two hits is enough to take down your life so you really need to try and win as quickly as possible. If you don’t then it’ll be all over. I definitely had to rewind quite a lot in this game because the title really doesn’t hold back. Right from the start this game is very difficult. The difficulty level really isn’t a problem if you ask me. It’s very tough but the enemies are still fair and since I can rewind it’s fun enough. The main problem I have with the game is the weapon system.

I never like it when you can find a weapon on the map that is a lot worse than the one you have. When you touch the weapon it swaps out your current one for the new tool. The problem is you can’t switch back so then you are stuck. Particularly on a first playthrough where you don’t know which is the best weapon. It’s just a bit of odd game design if you ask me. I’m guessing there is a purpose to each weapon but some are just so much better than the others that I don’t see any reason to switch. Give me the fireball over the axe any day for example.

Then when it comes to the graphics the game is pretty reasonable. I don’t think it’ll be turning heads or anything like that but at least you always know what is happening which is the important part. The game’s levels go by pretty quickly too so the pacing isn’t an issue. The game seems to be around an hour long I’d say which is short, but average length for a NES title. The difficulty also helps keep the game as a little longer than it would otherwise be. The soundtrack is also pretty decent. Nothing super memorable or anything but it’s fast paced enough to mix in with the gameplay pretty well.

Overall, Ghouls ‘n Ghosts is a fun title that is hampered by some of its design choices. It’s a NES game that has earned its reputation. Ultimately it is still one of the weaker NES titles if you ask me though. The other platformers I’ve played tend to handle the platforming aspects a little better. The SNES version of this game is also a lot better so if anything I would recommend checking that one out instead. It takes the best elements from the first game and then improves them in the second. This is the kind of game that could easily work well in a modern remake as well. With updated graphics and more of a story this could easily sell a ton of units.