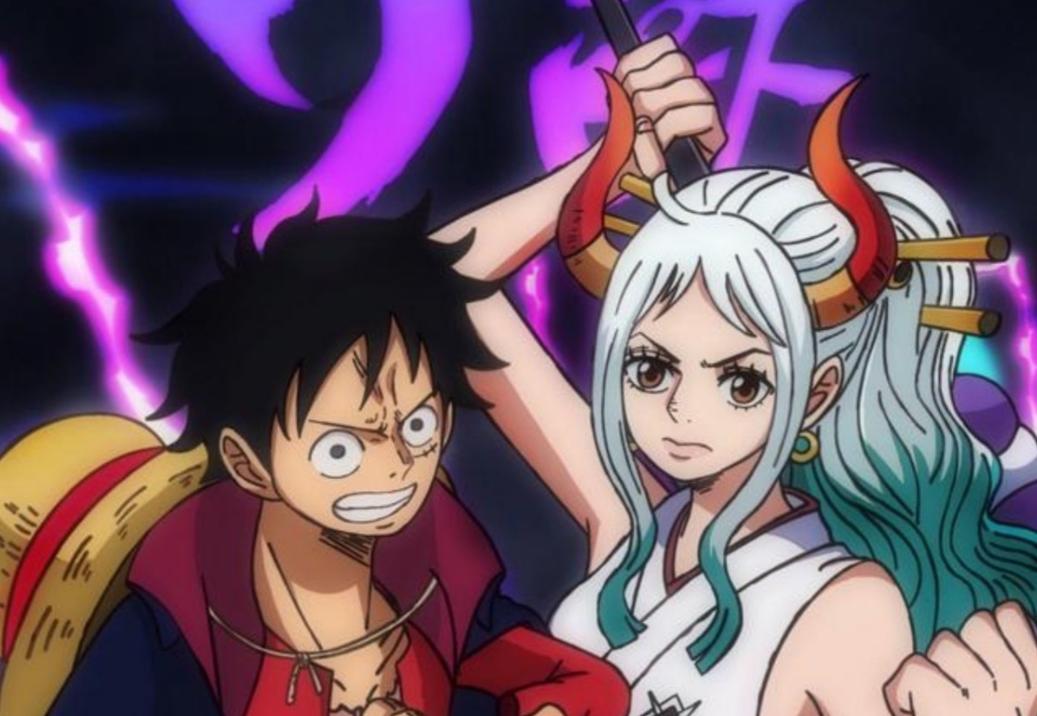 The saga of One Piece to Clover to One Piece editorials is now at an end with this one at least on the One Piece side. Get ready for one more Black Clover piece and after that I don’t know which editorials will come up next but I’ll think of something. At least once I get the reviews a bit lower. So Yamato is a brand new One Piece character. I suppose the term should be used loosely since she’s probably been in the story for about a year or two at this point but she has only just had her first serious fight where she was on the losing side. Yamato has been stomping everyone with the exception of Luffy prior to this.

So is the title clickbait? No, I’d say Yamato has firmly placed herself as being more powerful than Zoro and Sanji. I don’t doubt that they will catch her by the end of the series but right now she is considerably more powerful and the strongest Strawhat next to Luffy. She isn’t quite as powerful as he is but that man’s the future pirate king so it makes sense. It goes without saying that this editorial will feature content from the current saga in Wano so proceed with caution. I won’t be spoiling specific battle outcomes or anything like that, just attack damage so I don’t consider this one to be a big spoiler like my other editorials but it’s still a fair warning in case you want to enter Wano completely unawares.

So right now I see many say that Yamato is still weaker than Sanji and Zoro as well as this being necessary since the “Monster Trio” as they are referred to has been a concept since the beginning of One Piece. Among the Strawhats , Luffy, Zoro, and Sanji have always been the strongest and in that order. It’s never been the case that this order could be shattered. One thing fans point to in order to show that Oda conscientiously keeps this balance is how Jinbei was introduced to the crew early on but decided not to join for another arc or two.

This way by the time he had joined, there was enough time for Sanji to surpass him. (I would argue Zoro was already ahead) So in this way the Monster Trio was untouched when Jinbei joined. He came in as the 4th strongest fighter and will sink to 5th if Yamato joins. The reason why this is important is because if Yamato joins it will certainly be at the end of the arc which is seemingly already in the climax. There isn’t time for Sanji and Zoro to surpass her or at the very least it is incredibly unlikely given how well she has performed thus far. While her joining then crew isn’t a certainty, there are a lot of things pointing to it like upcoming promotional images showing her as a Strawhat, toys where she is with the crew, her appearing in the big 1000 anniversary special as a featured character with the other Strawhats, etc.

Now, maybe Carrot will be the one to join…..but probably not. So if we all assume that Yamato has been joining, then a lot of people are saying that she absolutely has to be weaker. I disagree both on the count of her being weaker but also that it would be bad to destroy the monster trio. The trio was in existence for 100+ volumes. That’s an incredible run and I don’t think that it is bad they were surpassed. Surely it had to happen at some point so why not now right? I don’t think the trio is something I’ve even thought about as a concept almost at all while reading the series to be honest.

Now usually I am in the camp where I’d say that Yamato joined the series way too late. I’d be saying how she would ruin the dynamic and all but this time I’m not on that side. Why? Because she’s a much better character than most of the Strawhats. I’ve never liked Brook after all. I find Franky to be a little boring and while Jinbei isn’t bad, I feel like there isn’t much to him. Chopper isn’t really my style and Sanji would be really great if not for how he is always flirting and getting wrecked by every villainess he fights. Yamato is automatically the best Strawhat aside from Luffy and Zoro. The rest just don’t compete so instead of ruining the dynamic she may end up enhancing it. Her whole Oden gimmick should be interesting with how the other characters bounce off of it although in don’t see that surviving past this arc anyway so it may not matter. 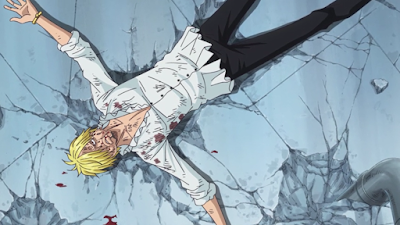 Now let me get into why I believe Yamato is stronger than Sanji and Zoro. Sanji is a lot easier so let’s go with him. In Wano he got to fight Page One, seemingly one of the weakest fighters on the island. Sanji did really well and styled on him so points there. Then he fought a girl and you know how those fights go since Sanji refuses to fight back. Sanji didn’t even get invited to the famous Roof Piece event to fight with Kaido and has been stuck on the sidelines fighting the lower ranked King and Queen, not doing so well until Zoro showed up. Sanji hasn’t shown me anything to suggest that he would last more than a moment against Kaido before being promptly steamrolled. 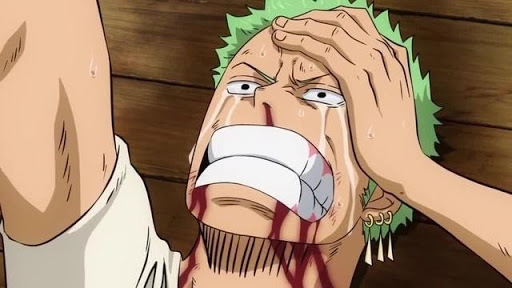 Then you have Zoro. While he is more powerful than Sanji which makes it tougher to surpass him in that sense, he has fought against Kaido which makes for a great direct comparison. Skipping through the details to the end, Zoro was able to land one really good slash on Kaido and almost landed another blow but it missed. Zoro has the raw strength needed to injure Kaido which is extremely impressive. If he has some allies around to buy time and distract Kaido then he really has a decent shot at pulling out the win here at any time. The issue is that one on one he isn’t going to be seeing those openings.

Zoro won’t have time to charge up some kind of super attack, he will need to get in there up close in order to secure the victory. So we don’t see anything that says he could fight Kaido one on one. It’s just not happening. Now let’s talk about Yamato. Keep in mind that she was chained up for years prior to the start of this arc and so she has seemingly never gotten to fight with her devil fruit before. She has to learn as she goes and will keep getting stronger. We are not talking about potential here but raw ability so let’s shift gears for a minute. Yamato took down one of Kaido’s top warriors with a single blow but you could make the case that as a sneak attack it didn’t count. Yamato was stalemating Luffy when he was trying to defeat her and she was not fighting back.

Well, Luffy may have been tired and he was definitely not going out right? That’s fair so then let’s just jump to the Kaido stuff because that’s the only thing that will give us the clear answer here. Well, Yamato was stalemating 1 on 1 a Hybrid mode Kaido. So this is something to really keep in mind here. Those Zoro feats? We were talking regular Kaido at that point. Yamato is performing better against a Kaido who is in a much more powerful form. As far as I’m concerned that’s pretty much a game over moment for any chance or Yamato being weaker. Sure, she was ultimately getting overpowered but unless you think Zoro would have beaten Kaido one on one then that’s moot anyway. The strongest case for Zoro being more powerful than Yamato is if he’s just that much faster and given that Yamato speed blitzed Ulti, I think that would be a very difficult case to make. While the anime tends to drag things out for dramatic effect, you can see the speed in the clip below. Even by the end of the fight larer on with Kaido Yamato was able to use a new special move and didn’t even lose before the fight was interrupted.

So that rests my case or at least what I would consider to be the mainly spoiler free version. I could go into more detail with using specific scenes but I encourage you to check out the manga battles first hand. This is a bit of a smaller editorial than some of my others but that’s because this is really just to answer a quick question. 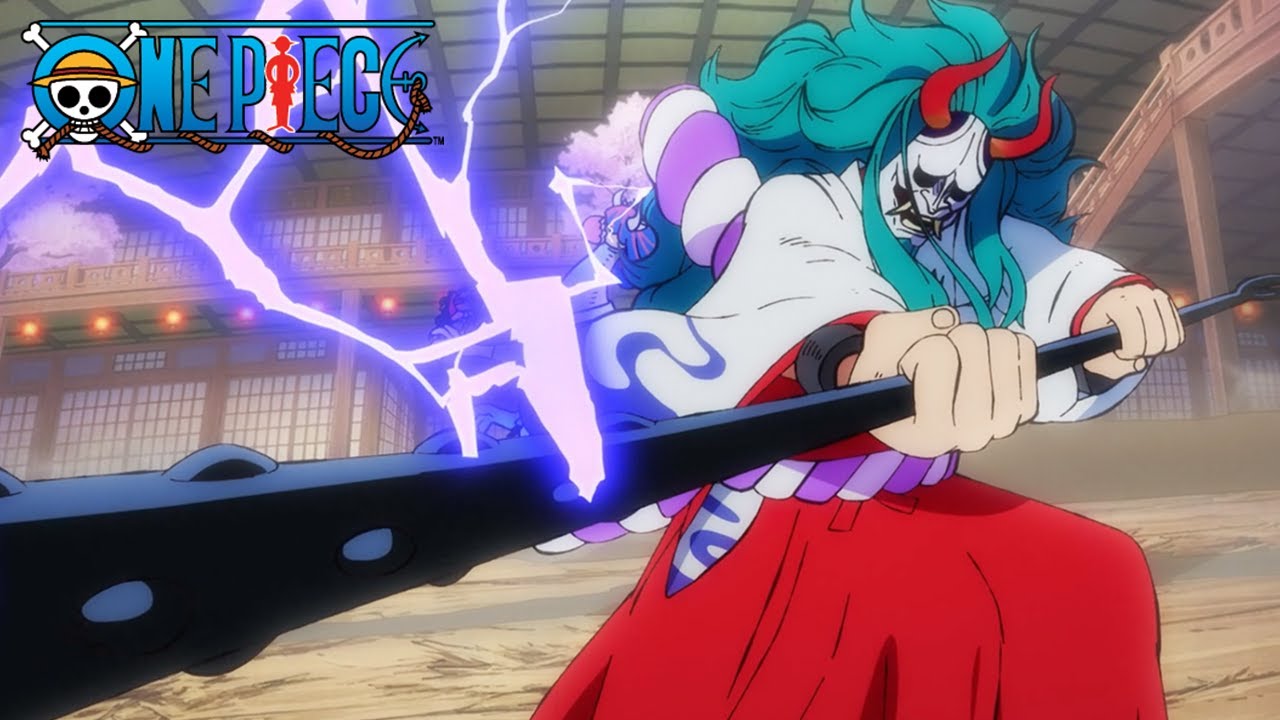 Is Yamato the strongest Strawhat comrade if she were to join? Well the answer is yes, none of Luffy’s teammates can hope to defeat her at this point in the story. They are going to need some kind of power up in a future arc in order to close the gap. Yamato is not unbeatable, there’s a really good chance hat she will be surpassed by the end but make no mistake, the others will have to surpass her. They aren’t on the level right now. 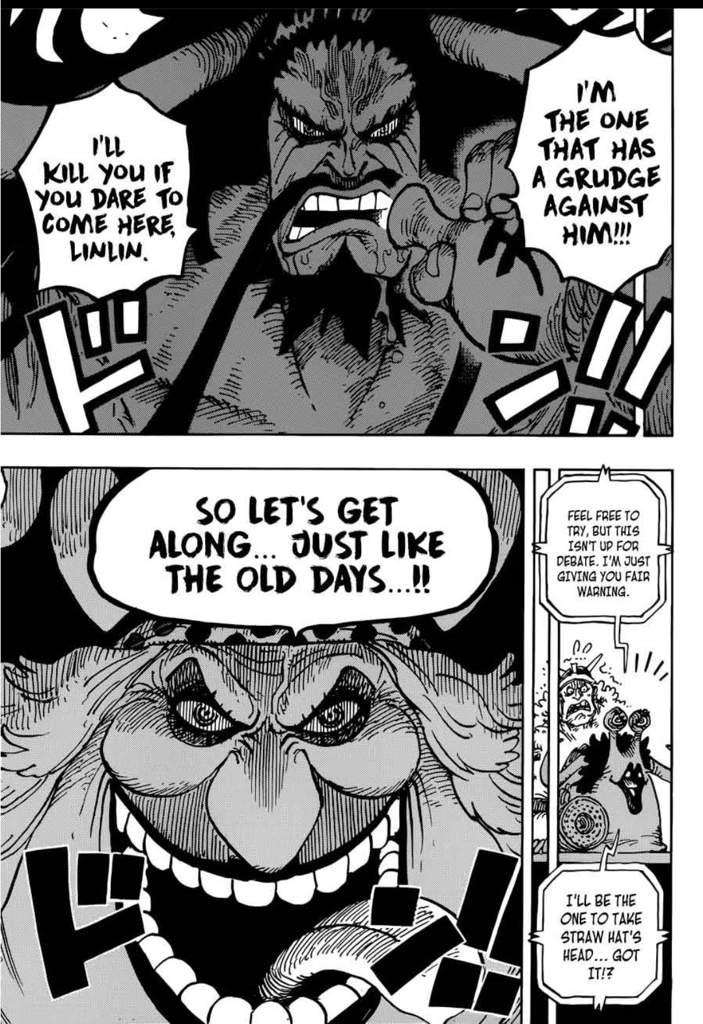 It’s time for a clash of 2 Yonkou. While they are typically all considered to be around the same level, we all know that there are no ties. I would easily take Kaido to defeat her in a straight fight. His feats are just a lot more impressive and he hasn’t been getting defeated by everyone. Big Mom has solid power and stamina but she just doesn’t have the sheer strength that Kaido possesses. He won’t need his dragon form here. Kaido wins.