Suggested by Destroyer Roll has returned but this time I don’t see her being able to take on the win. The BioLizard’s sheer strength and impressive array of long range options will give him the edge. Roll just won’t be able to break through those barriers to even land her Hyper attacks. In this case his durability is too great. The BioLizard wins.

Suggested by Destroyer Space Godzilla is a powerful kaiju that came close to defeating Godzilla a few times. He even won once. That said, Kid Roll her her Hyper form which greatly improves her firepower and defensive abilities. She will be able to dodge Space Godzilla’s attacks with relative ease and fire back with absolutely massive amounts of power. Kid Roll wins.

Suggested by Sonic Videl learned some basic energy based abilities like being able to fly but on the whole she is still just an ordinary person. Roll isn’t typically known as a fighter but she can absolutely mix it up when needed. Thanks to the Marvel vs Capcom games she got a super form known as Hyper Roll. In this form all of her abilities have been greatly amped up and so has her firepower. Videl would have a tough time dodging these attacks for very long and doesn’t have the durability to tank them. Kid Roll wins. 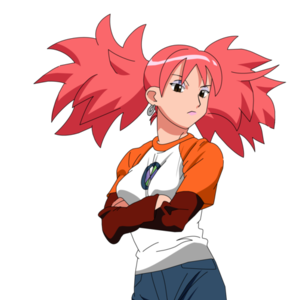 Suggested by Sonic It’s time for a battle of Mega powers! Kid Roll and Maddy are both pretty solid fighters in their own right. Maddy would get crushed without her navi though. When you throw Wackoman into the picture then things get a little more interesting. Kid Roll can certainly fight but I don’t think she would be able to handle Wackoman. His elemental towers and mini droids would overwhelm her which will ultimately lead to Maddy’s victory. Maddy wins.

Kid Roll is back and this time she’s up against the legendary Lazerman! Lazerman has been smashing a lot of characters lately and Kid Roll will be no different. Kid Roll knows how to fight, but she still won’t be able to take down Lazerman. He has the massive speed advantage and is also far too powerful for Kid Roll. Lazerman wins.

Lady Kraven doesn’t have the skills to take down Kid Roll. Kid Roll is just too powerful and won’t lose to her. Kid Roll can fight so good she’s been in a hardcore fighting game. Something that Lady Kraven hasn’t done. Kid Roll wins.

Wily has robots that are more advanced than Roll’s. She has a suction vaccum, but Wily has a giant skeleton robot. It could beat Roll pretty fast. Roll never had a shot. Wily just couldn’t stay 0-1. Wily wins.