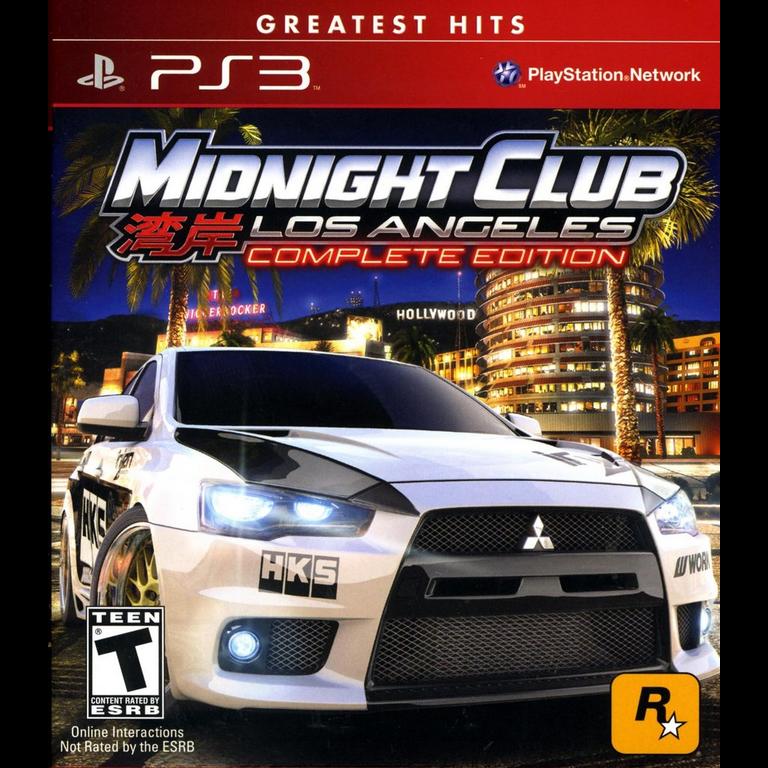 Midnight Club is a pretty big racing series in its own right. It has long been overshadowed by the Need For Speed games but it has still lasted a while. In effect it’s like a Grand Theft Auto mixed with Need for Speed game or at least that’s the kind of vibe you get from it. The open world may be even bigger than what NFS usually brings. It’s a pretty great game with a ton of content at your disposal so you really can’t go wrong here.

The basic story is that you’re a new racer who is trying to gain reputation and move up the ranks. You know that you’re the best racer on the block but in order to challenge the best racers you will have to go up the ranks slowly but surely. You make some friends along the way like Karl and Annie as well as some rivals and enemies like Hugo or the 4 Champions. You’ll have to defeat them all, friend or foe in order to claim the title.

One thing I always appreciate in a racing game is having an actual story. You can’t take these for granted because a lot of games in the genre don’t have one. It’s not like this story is particularly unique or ambitious but it’s a story nonetheless. There’s a lot of fun banter between the lead and everyone else which ends up being the best part to me. They never stop with the burns, especially the lead and Karl. There are a lot of great lines like “Face me if you want a real challenge” “I’d love a real challenge but I’ll settle for racing you Karl” and a lot of lines like that. The burns and insults just keep on coming.

I played in over 200 races during the course of the game and I would still have needed to play a bunch more in order to unlock the final events. You’d think that taking down the city champions was the final battle but after that there is a champion for each kind of vehicle which is the part I didn’t finish. To unlock them you would need to play a lot of races in each car type and that was definitely not going to be done
anytime soon. I put in over 20 hours on this game s you definitely don’t need to worry about content here. There’s enough to tide you over and then some. With replay value on the other races and getting more cars I’d estimate this title to be around 30 hours.

The gameplay here is pretty direct, you drive through the stages and try to reach the goal first. Simple as that, that’s what you need to do in order to score a win here. There are other racing types in the game as well like time trials and trying to ram people off the road. The delivery events were likely the trickiest if you ask me because usually you would at least need to know where one or two of the shortcuts were in order to progress further.

As for my car of choice, it wasn’t even a car. As soon as I had enough money to buy a motorcycle I grabbed one and never looked back. The stats are off the charts and the only drawback is that an enemy attack can instantly knock you off your bike and your durability is very low so there is a good chance that you will get “damaged out” during the race and lose by default. Essentially you’ve got ultimate speed at the cost of your defense and that’s a fine trade off for me. I figure durability won’t be a concern as long as I stay ahead of the other racers and that’s exactly how things played out. It was really hard to go back to a car after that for the events where one was mandatory.

One issue I have with the game though is the fact that there is no fast travel. The main world is quite large so at times you would be driving for whole minutes to get to the next event. I’d much rather just be able to jump into the next event. I suppose the reason this game was designed that way was to prevent such things from happening. Admittedly if fast travel was an option I would have skipped most of the hub world experience and jumped straight into the duels.

The graphics here definitely look really good as expected. The game had aged quite well from the PS3. It’s naturally under some of the more high budget experiences like Need for Speed but I’d say it did good with what it had. The soundtrack is not very good though. I spent the majority of my play through constantly switching through songs to find the few gold ones. I would definitely have liked the ability to remove songs from the lineup so it would only cycle through a few that I would give a thumbs up.

Overall, Midnight Club is a great racing game. There is just so much to do here between all of the cars to collect and events to complete. 200 races is quite a lot so there’s no way to beat them all too quickly. In fact I even managed to make it to the maximum driver level which was a lot of fun. That’s not something that I can say happens every time. It was a pretty rare event and one I won’t soon forget. If you like racing games then I highly recommend this one. See how it stacks up for you compared to the famous Need for Speed franchise.