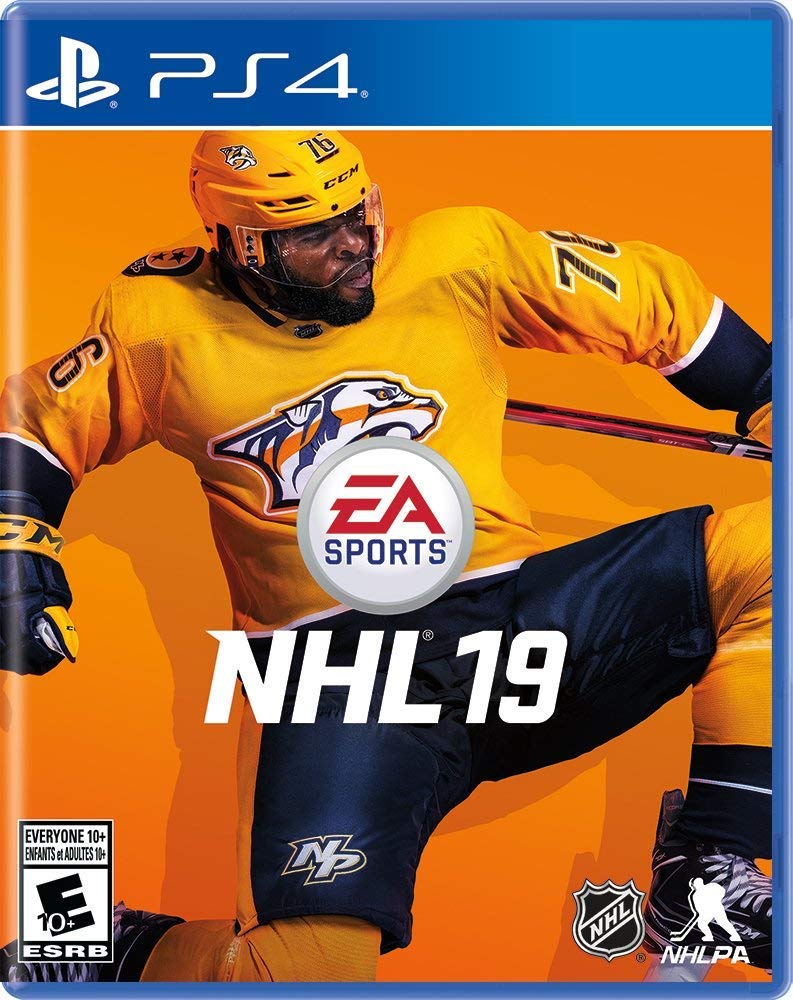 It’s been quite a while since I played one of the hockey games. Well, no better time than the present right? I got to play this one a bit more than the others as I went deep into the game for the trophies. One of them was for completing all tutorials so as a result I finally developed some fundamental skills here. I wouldn’t call myself a Hockey pro or anything yet…but I wouldn’t bet against myself either at this point. It’s a decently solid game that should please Hockey fans.

There are a lot of modes here, so many in fact that you can pick a few to pin to the quick access menu at the top in case you don’t want to have to navigate through all of them so often. It’s a solid quality of life feature although I think some modes could have really been bundled together. I mainly stuck to the quick matches but also played some levels in Be A Pro and the World Career mode. They all essentially lead to the same gameplay although the main difference is that in Be A Pro you can only play as one character (Yourself) in the matches while in the other modes you can switch between players at all. It’s a key difference.

Personally I like controlling all of the players. When I’m only one person it just feels like I’m not really controlling the flow of the game as much as I’d like. Also, there’s more dead time as a result since you have to wait to get the puck back while in the other mode you are always with it. I’ll give the game props for having a choice though. More choices is always a good thing since everyone will want to be able to play the game in their own way. I think that makes a lot of sense and is just practical. Shouldn’t be hard to implement either so it’s worth going the extra mile here.

The graphics are really solid as expected. You definitely don’t have to worry about anything not being very clear here or anything like that. Everything is fairly HD and if EA knows how to do one thing exceptionally well, it’s how to make a game look visually appealing. You also have to give them credit for the smooth gameplay. They may not change it almost at all from year to year but it works pretty well and they are the ones who set that up initially. The soundtrack isn’t very good but it’s rare to have a sport game with a very memorable one.

Going more into the gameplay, the main idea here is you want to shoot the puck into the opponent’s goal. This scores you a point and whoever has the most points at the end of the game claims victory. You want to prevent your opponent from doing the same to your goal. You move throughout the hockey field and on offense you can pass to other players or take a shot. On defense you can openly body slam opponents but be careful about tripping them. The latter counts as a penalty but if you can shoot your stick out with good timing you can prevent a shot from soaring into the goal.

Defense is really difficult which is no surprise since that’s often the toughest part of any sport game. Even in Football I have a hard time with that. I will say that the body slaming is really satisfying though. I don’t understand all of the rules in NHL so occasionally I’ll draw a flag for being on the wrong side but on the whole you don’t need to know a lot of technicals. Being able to maneuver around the arena is really the most important skill to have so if you can do that then you’ll be good.

Now on offense, the main thing I would recommend you learn how to do is pass effectively. It’s almost impossible to get a straight shot past the goalie so what I found is the most efficient way to score is to have one ally near you. Have both characters sprint at the goalie and then immediately pass to the other player and shoot. If you do this in one quick motion the goalie is usually not fast enough to stop this attack and then it’s off to the races. I found this to be the most reliable way to score at least and I even blew out one of my opponents using this trick.

A fun thing about hockey is that even the computer has a very hard time scoring. So if you can score just 2 goals in a game you should win over 90% of your matches. I’m sure if you bump the difficulty level up then this will change but for the most part it really is an excellent way to make sure you come out on top. I don’t have any other gameplay advice other than that. In terms of movement it’s really all just about making sure that you’re at the right place at the right time. Don’t let the computers surround you or put too much pressure on. Keep them at a distance and you’ll be just fine. Although the field is limited so just do your best.

Overall, NHL 19 may be the best of the NHL games I’ve played or at least it’s definitely one of the better ones. It helps a lot that the tutorial mode was very comprehensive so I felt like I actually could play the game instead of button mashing. Parts of the game feel a little overly complex but I suppose watching high level NHL battles would likely be really fun as a result. If you like hockey then you’ll enjoy this game and if not then you won’t. At least that makes it extremely easy when thinking about recommending this one or not. There aren’t a whole lot of extra thoughts you’ll need to put into that aspect. I’ll probably get NHL 20 in a year or two once I can find it for $5 like this one. I’m not a big Hockey guy so I only play the games until I get a C rank in terms of trophies but it’s worth it to at least get that far for me and for that price you can’t go wrong.