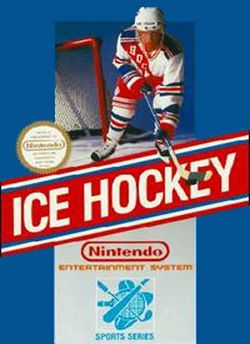 I’ve been playing a ton of NES games lately but to the point where I hadn’t actually reviewed them yet. So it’s time to quickly take a look at what some of those titles were and first up is Ice Hockey. It’s a pretty straight forward game that gets you right into the action. As with most of these old sport games there is a certain charm to it although I don’t expect you would be playing this title for very long with all of the newer editions out there.

When you jump into the game you get to go right into the thick of it. I enjoyed around 4-5 games here although I did lose most of them pretty badly. The game is surprisingly high scoring for Hockey as my opponent scored around 20 in one game. In most hockey games I played previously it would be rare to get into double digits much less 20. I also felt like I was blocking pretty well for most of the game as I must have stopped close to 100 shots. It clearly wasn’t enough, but it shows you how fast paced the game is. You can also effect the speed level which is pretty cool. When it’s on its max setting you’re really flying across the field.

The gameplay has aged pretty well except for the passing. Shooting the ball into the net is easy enough but I just couldn’t get the puck to my teammates. They would eagerly stare the puck down by beyond that they would just end up falling back and I would start to get steamrolled. The graphics have definitely aged pretty well considering how old the game is. There was a good amount of effort put into the game and this is the kind of gameplay that just works pretty well for all times.

What ultimately keeps the game back from more of a positive score is definitely the lack of content here. There isn’t a ton of replay value with only one mode to play and after a few rounds you will feel like you’re pretty much playing the same match. This game is perfect for multiplayer so that’s when you should bump up the score another star or two. If you’re on your own then as I mentioned you’ll probably be tired after an hour or so. Considering that the game is free with Switch Online that’s not really a bad bargain though.

Overall, Ice Hockey is a reasonable game. It’s a good way to spend an hour or so, but in a way you’re just checking off a box as you play through all of the NES classic games. Once it’s gone you’ll forget about it pretty quickly. It’s not exactly Madden or Mario and to an extent some games just aren’t meant to last the long run. Titles like Pac Man and Mario will always be a blast no matter in what era you play them and that’s a testament to the amount of detail and design put behind them. To the average game, once 20-30 years have passed it’s probably just going to feel dated. 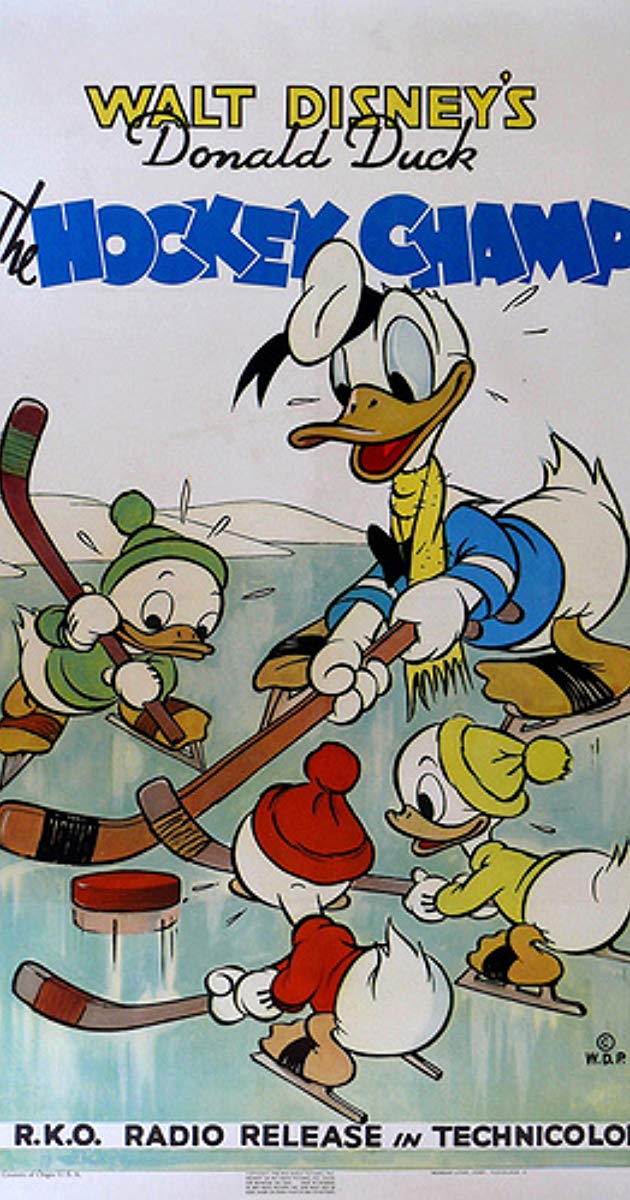 I’ve been reviewing quite a few Hockey games lately so it’s only fitting that I review a hockey short as well right? In this one Donald gets to show why he is a pro and honestly this is why he is the best of the original Disney characters. I like his confidence and the guy does have the skills to back up his tough talk.

His nephews have decided to get into the game of ice hockey so Donald agrees to show them some moves in a practice game. He is the current Hockey champ after all. Donald quickly beats the nephews and makes the game look easy but they aren’t too happy about that. They go for a rematch but this time Donald will be blindfolded. Can he still win?

The special is only a few minutes long of course so in describing the plot I’ve already described most of the special. Still, it’s a very fun one and one of the better Disney shorts if you ask me. It can still be hard to understand Donald at times but that’s when Disney’s striking animation comes into play. The characters are always so expressive that you can still get the meaning behind what they are saying at all times. Donald isn’t playing and while he rarely ever gets to have a happy ending, at least he always puts in a good effort no matter what.

The best scene of the special is definitely when Donald finally scores the goal and then multiplies the score by punching it back into the net over and over again. Now that’s some good style! He basically upgraded the game into something more like boxing which takes a lot of creativity. The nephews are reasonable as well of course. They realize that they are outmatched so they quickly decide to use some tricks to win. Anything clearly goes in this kind of battle so their gameplan was pretty sound. Next time Donald will certainly be ready for them though.

Overall, This was definitely one of the better Disney shorts. Donald really takes it to the next level and it’s a pretty intense one. A good chunk of the special is a fun chase scene with Donald and the nephews with the animators having a lot of fun with the effects and how crazy things can get. I do miss this retro style and bringing it back would be a good idea. If you haven’t seen this one yet then I recommend changing that as soon as you can.