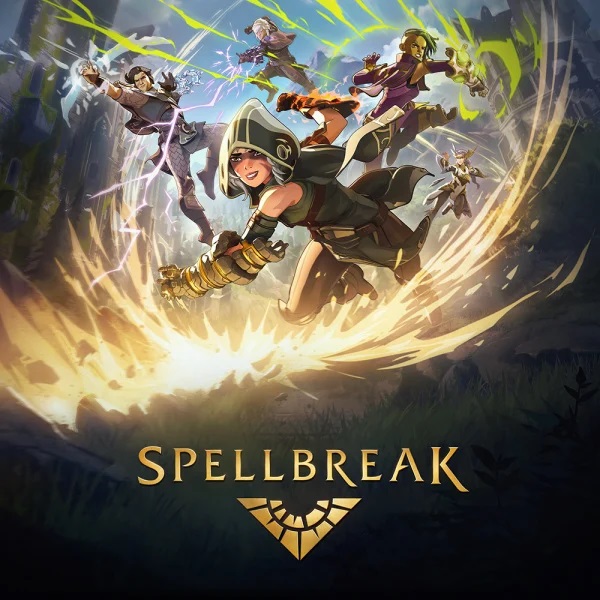 It’s time to look at a new free to play that finally arrived on the Nintendo Switch. It’s effectively Fortnite with magic. Instead of 100 players it seems to be in the 40s per match. Initially I thought maybe there just weren’t enough people logged in but I played 3 battles and it was always around there so I’m thinking that’s just how it was set up. It’s a pretty fun game for sure. In some places you can tell that it’s not super polished with menu layouts and such but the gameplay is on point which is what counts here. You are sure to be in a good spot if you choose this as your next big title. While Fortnite exists I feel like that’ll still be the go to game but this could be a nice change of pace option.

When you enter the game you are thrown into a tutorial on how to learn the moves. It’s not possible to skip this but that’s fine since its fairly short and there are a number of things to take note of here. You have two main attacks, your quick magical spell and your wide range one. Additionally aside from that you’ve also got the ability to fly briefly and can obtain a technique. These techniques range in rarity which determines how often you can use them. I highly recommend using the teleportation technique. It’s incredible handy since you can just vanish a little whiles away and it’s tough for people to catch you. There are a lot of abilities like invisibility, flying, super jump, but teleport is definitely the best if you ask me.

So when the match is first starting you can decide where you want to land. I typically pick somewhere in one of the corners. You are also able to see if anyone else has chosen that spot which is pretty neat. So you can decide to land somewhere where there will be an instant firefight or go somewhere else. Of course people could switch at the last second so that puts you in a tricky spot. You just have to go with your gut and be ready to run and hide or stay and fight. Either way you should be in a pretty decent position if you think about it. Each element has a different set of strengths and weaknesses so choose the one you will be riding with very carefully.

Surprisingly I went with Ice instead of fire this time. Typically I like fire because it makes for a very aggressive style but the summary for ice sounded too good. Effectively you shoot slower but massively powerful strikes at your opponent. If they take a direct hit from an ice move like that then they are going to lose a whole lot of health. It’s far too early for me to say if it really s the best element but at the very least I found it to be highly effective and that’s exactly what I was looking for. You really just can’t go wrong here and that’s what I like to see. Other elements include poison, rock, and thunder.

One worrisome part I would say is that the game’s prices are rather crazy if you plan to spend money here. One of the DLC packs I saw in the Eshop was 120.00 bucks. There’s no way any DLC should be that amount of money right now and you can’t help but feel like it’s a ploy to get people to buy it accidentally. It’s just very slick to me. Spending that much money in one shot would really be something. Hey, if you enjoy the game that much then that’s good but otherwise I just can’t imagine how you would spend so much so quickly. Maybe it’ll go on discount at some point.

The graphics are definitely on point. I would say it looks around early PS3 level which is good for a F2P. The energy effects are good and you can always tell what is going on. The field you’re playing on is quite large so there’s definitely a lot to explore and chests to open. I recommend opening a lot of chests since they help with XP. In this game XP actually effects your abilities to a degree so I highly recommend leveling up when you can. Wins should help with the XP as well although I can’t say that I remember the breakdown.

There’s a solid amount of replay value here of course. That should be no surprise though, free to play games always tend to have a lot of content. It’s how you ultimately stay relevant after all so it’s basically necessary to do this. With the online features and future updates this is one of those games that never really needs to end. It can just keep on going and going for as long as you need it to. I’ll be curious to see what it does to try and stay in the spotlight since it’s brand new and already you don’t see people talking about it all that much. Perhaps it just needs some time for everyone to start finding out about it and getting on board.

Overall, Spellbreak is a pretty fun game. I didn’t play it a whole lot but enough to get the right vibe from it. It’s one of those cases where I doubt you could balance both this one and Fortnite for very long though. That means you will have to make a choice before long. I hope the game does well though because the more battle royale games we have the better. It’s a fun genre and there’s just so much you can do with it. I love the idea of using magic blasts and the other elements to fight through. I did win 2 of my 3 battles also so that definitely feels good. The game is very well balanced and I imagine it’ll continue to add more and more content as it goes on.