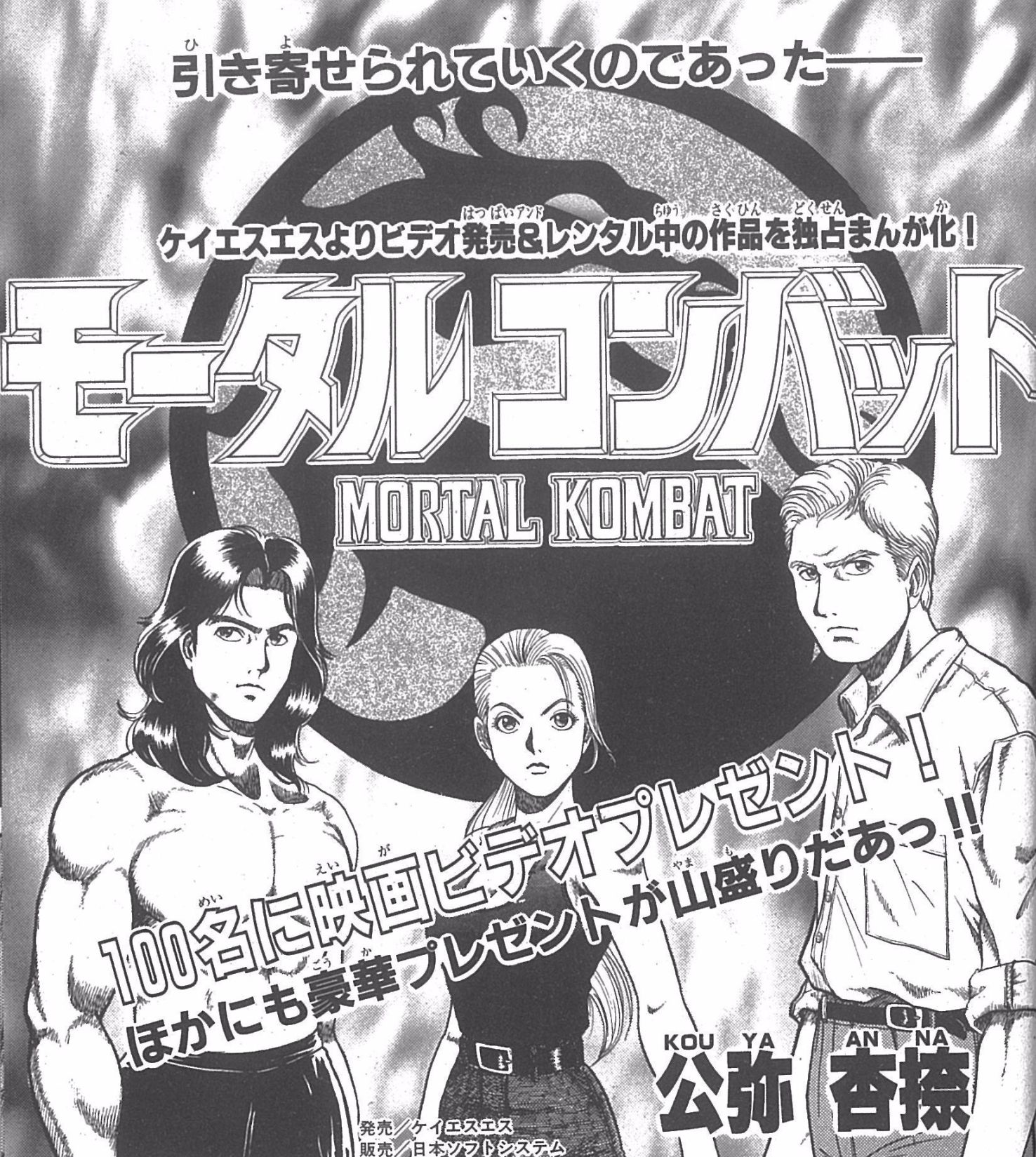 Mortal Kombat is still one of the best video game adaptions to the big screen of all time. It is a spectacular movie all around with crazy amounts of replay value. It’s cool that they made a manga based on it. Granted, it’s a complete one shot so it’s only about 7-8 pages long but it still manages to get through most of the adventure. Just picture everything being sped up quite a lot in order to cover the distance. No time to slow things down that’s for sure.

So the manga starts with Johnny Cage, Liu Kang, and Sonya Blade being recruited to the tournament. They come for several reasons including fame, revenge, and honor. Standing in their way are the most dangerous fighters to ever exist. Creatures and beings with powers far beyond those of mortal men. It’s enough to get you rather excited isn’t it? From there we jump into the battles and then the manga ends by telling you to watch the movie if you want to see how the final fight plays out. I was low key expecting the manga not to adapt the whole movie in 8 pages but at the same time it got so close that they may as well have shown the ending of the fight right?

It does its job as being a good promotional tool for the movie though. I think you’d be hyped to see how it plays out on the big screen and I wholly recommend it. For the manga itself it is definitely a good idea to check it out since it won’t take you longer than 5 minutes anyway. That said there is only so much that you could do in such a small space of time. You probably won’t be remembering it for very long afterwards either.

The artwork is good though. It’s not your typical movie-tie in kind of deal. The character designs are on point and there’s a good amount of action to be had here. It reads pretty cleanly and the plot is solid. I definitely had no issues with it aside from the fact that it should have been a lot longer. That part dashes a quick star out from under it only because you do need to at least be a little longer to tell a full story. This is like having an appetizer but only 1/10 of it.

Hopefully Mortal Kombat gets more titles at some point. It’s one of those franchises that can be difficult to adapt because a lot like to go overboard on the violence angle when the original movie showed the exact tone and level of intensity that you should strive for. To this day that has never been topped and I don’t think it will in the future either. It was pretty much perfection in the series after all.

Overall, Mortal Kombat is a nice nostalgia trip down memory lane. I should probably go to Youtube and rewatch some of the fights one of these days. It’s a really iconic title and the manga will hopefully get more people to watch it. If you’re on the fence about checking the movie out then I hope this manga will do a good job of convincing you. The 3 main characters all have a lot of personality and the manga gets to show that off in their brief screen time. They’ve all got different approaches to the tournament but at the end of the day they all know how to fight.