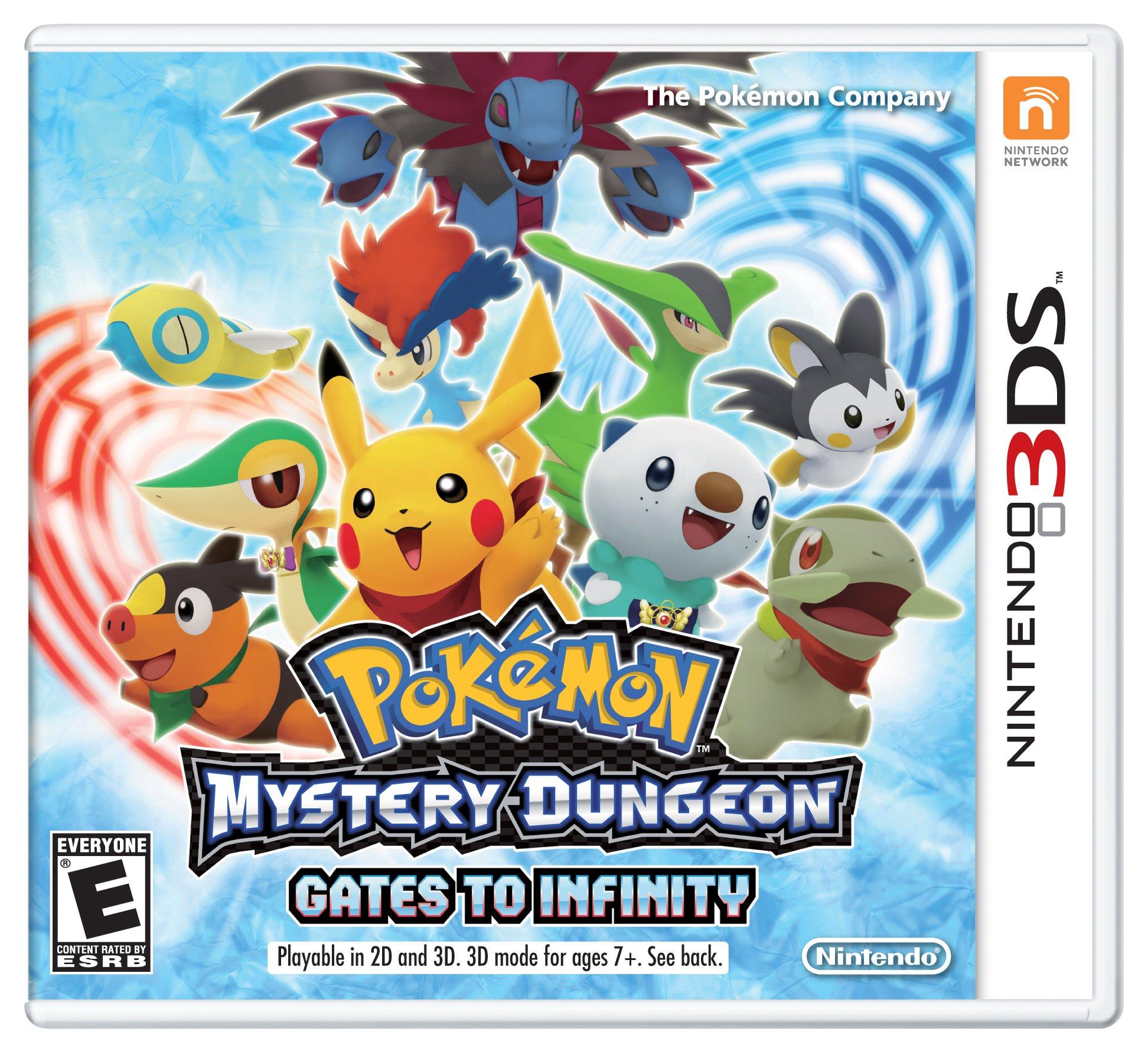 It’s time to take a look at the next Pokemon Mystery Dungeon game. This one actually ended up being the longest one yet so it definitely gave you time to be attached to the characters. It’s a great game and definitely one that I would recommend. While it is not quite able to top the last one, it really has no weaknesses. The mechanics are easy to pick up on and we get some pretty cool cinematics. Now there is only one Mystery Dungeon game left so I am definitely going to miss them when they’re gone.

The game starts off with Terry arriving from the human world and turning into a Pokemon. He meets up with Tepig who is trying to build a Pokemon guild so they can share paradise with him. “Paradise” is the name of the town that Tepig is creating but it’s been tough since Pokemon in this world don’t like each other which makes things pretty tricky. Terry agrees to help Tepig and initially they start by befriending local Pokemon and getting materials to build the house. We get more of a plot soon as a mysterious pair of Pokemon show up and explain that the world as we know it is about to end. The heroes will now have to buckle up and head out to protect the present, but doing so may involve destroying the future. Can Terry and Tepig really pull the trigger and make such a call?

While the plot does get pretty high tier as you would expect, it does have a longer opening act than the last title to allow you to get used to the village and the members. Since part of the plot deals with Pokemon not liking each other the game wants to really make sure you know what’s going on here before you get into the meat of the story. It’s a fun opening act though and part of why it’s solid is because Terry is solid. He talks quite a bit more than the other main characters from previous games which I think is definitely a good move. He feels like a natural leader and doesn’t rely on thought bubbles. One particularly impressive scene is when he takes down 3 bosses at once and later holds his own against another 5 before being saved. Terry is portrayed as a real fighter here and it was really a lot of fun to play as him.

The supporting cast is also pretty solid. Tepig’s a nice guy and he’s a lot more reasonable than your partner from the last game. Tepig at least always tries to do the right thing and doesn’t keep hounding on the other characters over mild matters. Emolga and Dunsparce have a good bond between them. I like that Emolga was always ready to step up for his friend and make the hard calls. If anything Dunsparce was just less impressive because he was a bit too gullible and obsessed with Virizion. Virizion was solid as one of the wise characters and while she didn’t really believe in friends, I couldn’t really blame her for that. She certainly did not have the best prior experiences with them. I also loved having her on the party because of how powerful she was.

Umbreon and Espeon are pretty solid. They are definitely very business oriented so they don’t mess around as much as the others. The Voice of Life made for a pretty interesting character. Just from the name you can tell that this guy has quite a lot of power. Unfortunately I have to give him a thumbs down here because at the end of the day he keeps saying that he has no choice and can’t really do anything about anything but you gotta be able to do more than that when you have cosmic powers. What’s the point if at the end of the day you’re not going to use them? Kyurem was definitely cool though. All of his scenes were definitely pretty hype and he had a menacing air about him. His goal also wasn’t all that bad. It was actually very reasonable which made him a compelling antagonist.

One subplot in the game that I don’t think was really needed though was Keldeo. The plot wouldn’t have really changed almost any part of the story so if you cut him out it all works out quite nicely. He tries to talk a bit tough by the end but nobody’s buying that. As for Kyurem’s position that I mentioned earlier, it’s basically that you shouldn’t change the future just because you don’t like it. The whole concept of the game is that we’re going to change the future because it turns out to be an apocalyptic one while Kyurem’s saying that it has to be preserved. I’ve always been for changing the timestream so I’m not objective in the slightest but I’m with the heroes here. If it’s a bad future then you’ve got to change it.

Additionally, it’s Kyurem’s view that we’re changing the future. Last I checked, the whole game takes place in the present so his argument loses a lot of steam. So long as we did not build a time machine or something it’s all fair game if you ask me. So in effect by trying to stop us he’s changing the future just as much. No future is certain unless you’re actively moving through time. Thanos for example has a stronger case since the Avengers got salty that they lost and started playing with time. That’s not what the heroes are doing here.

The gameplay is your traditional overhead turn based combat. It plays out a bit like a Fire Emblem game only you are moving through a dungeon. You recover health as you move and the goal is always to get to the final dungeon where you may or may not fight a boss. You have 4 different attacks and can have up to 3 partners with you. Be careful, your main partner will count as a second life so if one of you dies then the whole mission is a fail. Just something to watch out for because your partners tend to take really big risks for some reason.

Also, make sure you have a good amount of items before tackling the final boss. I had saved up a ton of them throughout the game so I was ready for it. Otherwise, you could be in for a pickle because the game saves after the first form of the final boss so if you’re not ready to fight the real one then you could end up being stuck in a loop. Hopefully there’s a way out of that but I didn’t intend on risking everything to find out. That’s why I always keep items in the bank for tricky situations like that. I was really glad I had the stash when I walked into the fight. One tip I have is to use the orbs you get during the levels. You get some that will put every Pokemon to sleep for example and they are incredibly handy.

The main campaign should definitely last you a clean 15 hours at the least. Aside from that the game has a ton of content to explore. You can get materials and money to build up the town and make a lot of gardens. I didn’t really play around with this feature, but there’s a lot you can do here. Additionally there are a bunch of extra dungeons and Pokemon to recruit to your cause. You can also work on maxing your guild’s rank up. If you do all of this the game should really last you for quite a long time. Then we get to the graphics and soundtrack which are both quite solid. The soundtrack has some catchy tunes even if none of them are all stars. The graphics are particularly impressive with each of the characters having a 3D model now. That’s not something we’ve really seen a whole lot so it was pretty fun.

Overall, Gates to Infinity is definitely a great game. The gameplay is tight and naturally the graphics/soundtrack are good as well. You’ll have a lot of fun here and aside from a pretty solidly long story you’ve also got a whole lot of post game content to work with. I expect you’ll definitely be kept busy with this game for quite some time. I doubt the price would be too crazy nowadays and either way this game has enough content to really make it worth your while. We really need more Pokemon spinoffs to come out soon because they’ve been pretty dynamite. Pokemon lends itself well to the RPG format.