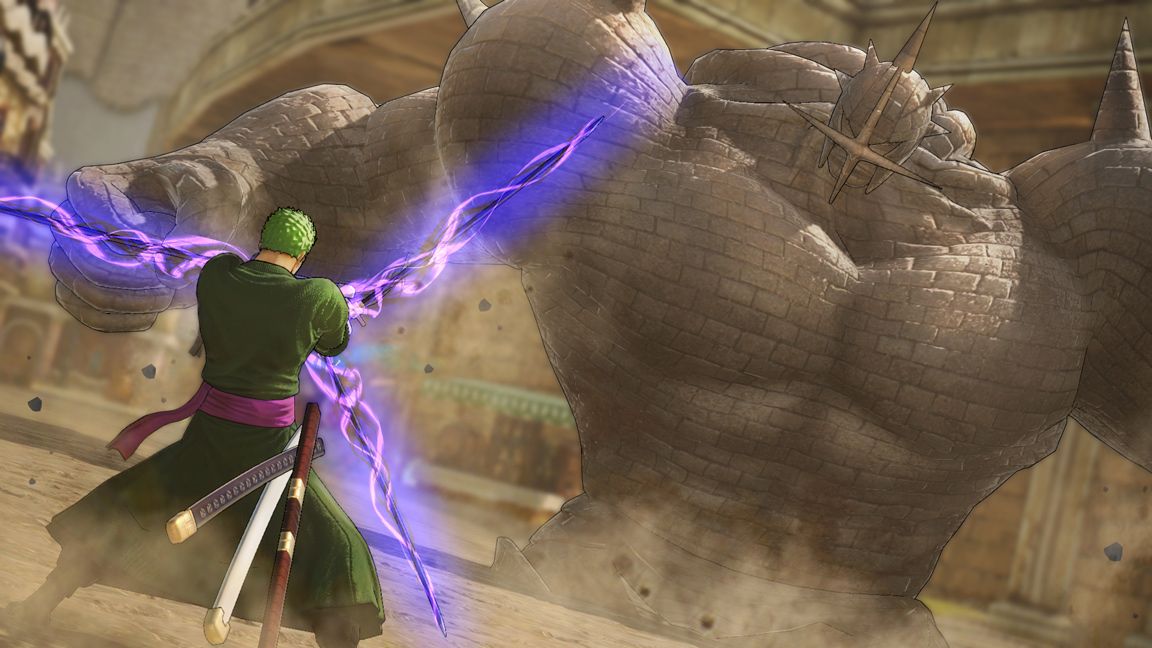 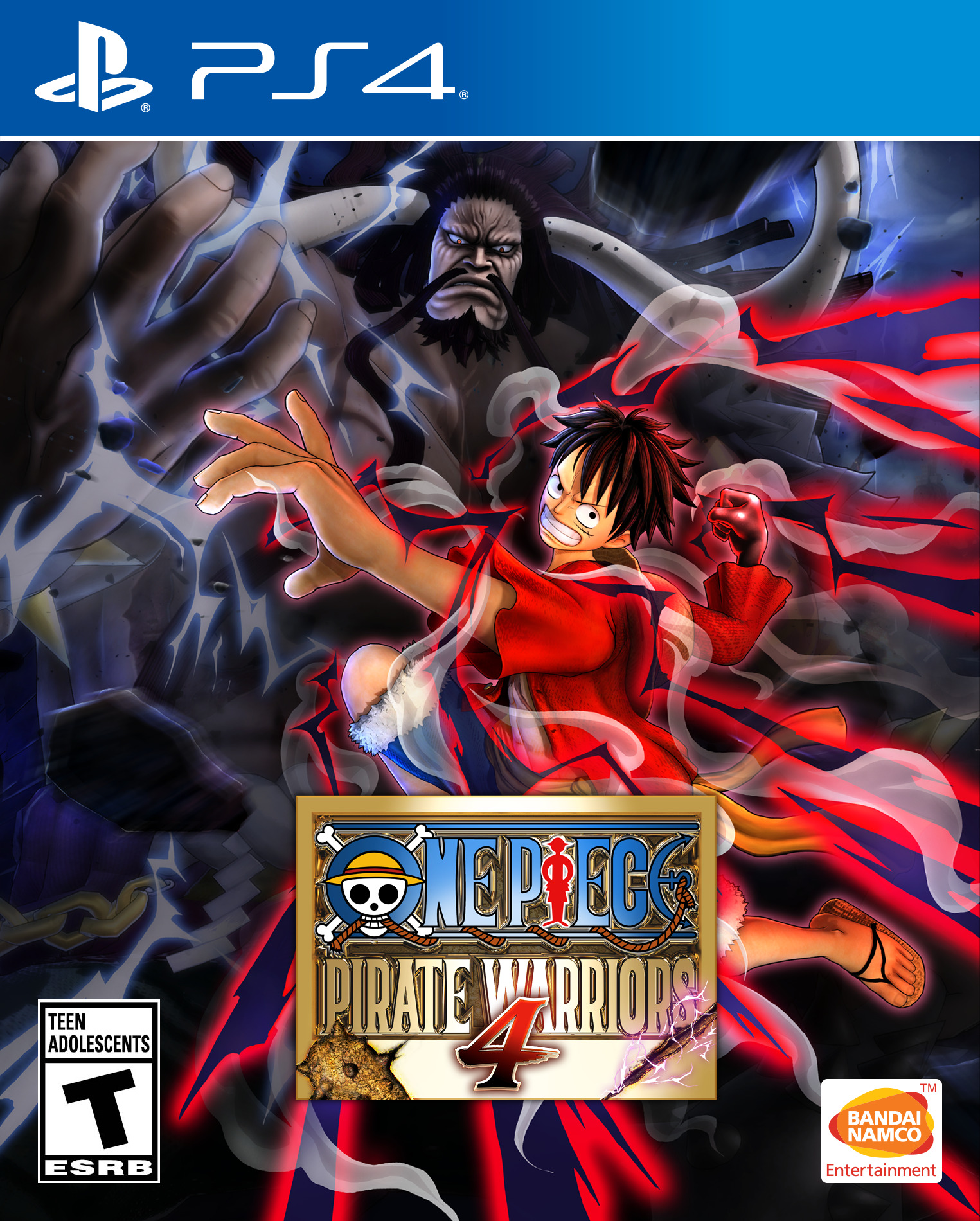 After playing through Dynasty Warriors I knew that it was time to get more classic beat em up games from Kemco. One Piece was the perfect follow up. It’s a terrific game through and through with extremely tight gameplay. Every aspect of the game is just flat out amazing with a top tier soundtrack, amazing graphics, etc. There’s just nothing to dislike about this game. It really delivers and is an excellent tribute to the series. I would highly recommend checking it out whether you’re just a big One Piece fan or like the gameplay in general. It’s quite polished and I definitely look forward to the day they make a 5th installment.

The game adapts 6 of the story arcs from the manga. Naturally there’s no way you could hope to adapt everything from the series so there are a number of big jumps and such as you go through the campaign. They do manage to tackle all of the big stories though such as Marineford and Wano. For the arcs that are skipped the game gives you a quick recap so you know what went on through a set of cutscenes. The campaign is a pretty solid length so there is a lot of detail here. If you list any influential One Piece scene off the top of your head, odds are that it is in this game.

Naturally the gameplay here is your typical 3D hack n slash/beat em up. You pick a character and take down hundreds of enemies as you accomplish the goals of the level which range from defeating enemies to capturing territories. To capture a territory you must beat a large number of enemies in that zone and then take out the leader. This prevents further reinforcements from that area which is a pretty great help in these battles. I always prioritize taking over the area whenever possible. You have your standard attacks, power moves, and specials. There is also a very detailed power up system where you amp your moves up. I really focused on getting Luffy and Sanji to max as their battle styles were already really good so with the extra boost to their abilities it was like cake going through the levels.

The game likely anticipated this though so throughout the game you will be forced to play as many different characters. Then you have the tricky decision of using some of your resources to power them up even though you may never play them again or try to squeak by with level 1 stats. It can be a pretty hard decision. Also one thing to keep in mind when playing as Sanji is that he can’t do much against female opponents. The game even gives you a warning message if you try to play him in a level where they show up. I ignored the warning the first time and it got tricky. Effectively you can only offer a single strike and then Sanji immediately recoils. So you can imagine that defeating an opponent will take forever when you can only land a single move like that. Without the special abilities I would have been there all day so after that I was careful when to pick him.

The power up system also allows you to learn a bunch of new moves which are handy since a lot of them are better than your starters. You can also use transformations like with Luffy activating Gear 4. It’s a really handy move to have here. In terms of pure gameplay this has to be one of the smoothest that I’ve played in a long time. I would put it even above Dynasty Warriors 9 and Hyrule Warriors 2. Both of which tried adding some new mechanics which were fun enough but Pirate Warriors 4 is going back to basics. Just take enemies down right away. I would beat up to 2500 enemies in some levels. The best attack in my opinion is Conqueror’s Haki. Using that causes many enemies to instantly die and it also ignores any shields the enemy may have up. What can beat that?

Then you’ve also got an amazing soundtrack in this game. Pretty much every tune is amazing. I’ve been listening to the tunes online after playing through the game quite a lot. There may not be a ton of different tracks as I only see around 15 online but they are all just pretty amazing. You can feel the energy in each one of them and they really make you want to jump in and get on the action. You’ve got suitably emotional tracks as well. This has to be one of the most complete soundtracks I’ve heard in a minute. Naturally the graphics for the game are also quite good. The characters are striking and same for the various landscapes which are all unique and pretty accurate to the manga/show.

In terms of replay value there is definitely a whole lot to get through here. Aside from the main story you can also play a lot of stand alone adventures in the Treasure log and experiment with all of the characters. Obtaining the Platinum Trophy will also take a very long time. Right now you can get this game for under 30 so it’s definitely a steal. You won’t run out of things to do in this game for a very long time. The main campaign alone would justify the purchase so with all of that extra content you’re definitely good to go.

Overall, The only thing I could say that isn’t positive about the game is that for their original ending to the Wano arc it was pretty uninspired. I wasn’t a big fan since it felt like more of a cop out than anything. Otherwise everything about this game is just incredible. You’ve got a top tier soundtrack, graphics, gameplay, and story. You would struggle to find another game in this genre with smoother gameplay than Pirate Warriors 4. It’s all just so clean and polished that you can’t help but get sucked in to the adventure. You definitely don’t want to miss out on this one. I intend to play some more beat em up games like this in the very near future so definitely be on the lookout for that. It’s going to be a blast!