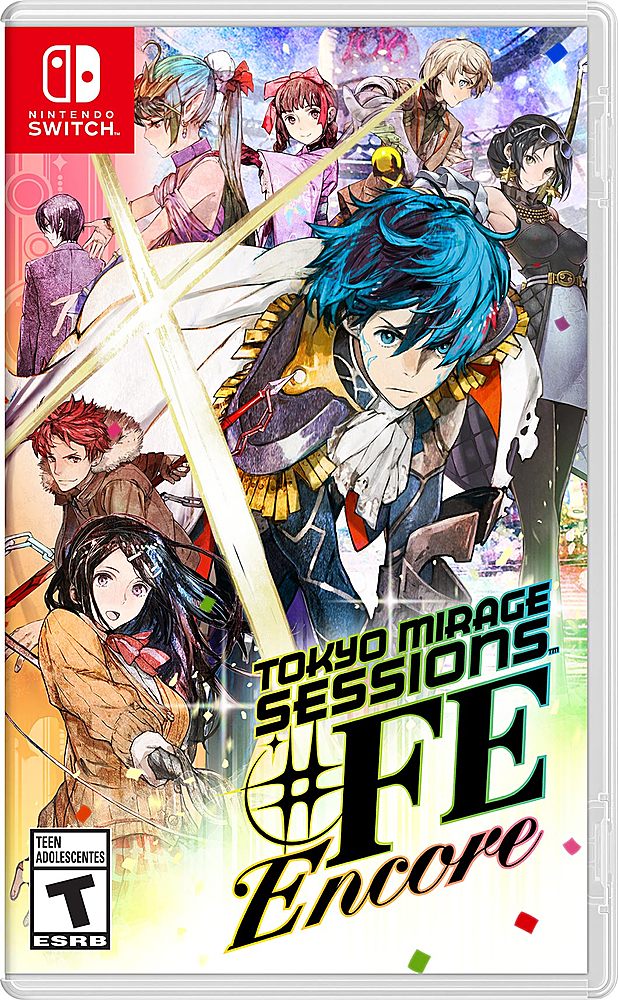 It’s time to look at a fun action RPG. This game was on my radar for a very long time even though I ultimately did not end up picking it out when the game first came out on the Wii U. I just ended up waiting until finally it came out for the Switch and I knew I needed to pick it up. Cut to my video game backlog going under 70 for the first time and to celebrate I got this game along with a few others. The game is definitely a blast and I always love playing a big RPG adventure like this one. It’s definitely a very fun game that is also quite difficult. Without the Bloom Palace and it’s super grinding areas I dare say that I could still be playing this game right now.

The game starts by introducing us to the mass disappearance event. A show was being conducted by two mega famous idols but then suddenly everyone vanished. Cut to 5 years later and people still don’t know what happened. Our main character Itsuki is waiting at the mall for his friend when he bumps into a childhood friend of his, Tsubasa. She is trying to be an idol herself and is pretty close in the auditions to finally hitting it big. Unfortunately, that’s when tragedy strikes. The director is actually being controlled by a mirage and kidnaps her. Itsuki heads in as well and ends up harnessing the power of the mirages to save her. He is bonded with Chrome and Tsubasa also gets a Mirage of her own. They find out that there is a larger war between humans and mirages at play right now and they all have a role in it. Can the heroes find out why everyone at the concert vanished 5 years ago and stop any future threats? In the meantime they also have to work hard because they now work for an actual Idol company so Tsubasa’s dream of being a professional is almost complete.

While this is partially a Fire Emblem game to the loosest extent, it’s totally a stand alone adventure. It’s also a very character driven game so the main story takes a backseat for the most part. Each chapter will have someone get possessed and then the heroes head in to save the victim from going over to the dark side. In the final chapter or two we find out about the real main villain and that starts the climax. In between each chapter is an intermission where you get some dancing instructions and it’s also a chance for you to hang out and complete some side quests. The story may not be the deepest, but it’s still pretty fun. I’m always up for seeing the Fire Emblem characters even if they’re basically just ghosts here.

The game also shines with how it throws in fully animated cutscenes at times. It’s pretty epic when the transitions happen. The normal cutscenes are also pretty solid though as they go for more of a cell shaded look. There are quite a few cutscenes here to be sure so this really feels like a AAA title. The soundtrack is also pretty good I’d say. There are a wide range of themes here and they all work rather well. One of the things I like about RPGs is they are long enough where you get to really know all of the characters and enjoy the wide range of activities in the world. There is a ton of replay value to enjoy here after all and the main campaign is over 20 hours long. If you don’t take advantage of the Bloom Palace then it’ll probably be even longer.

So the main gameplay is that of a classic turn based RPG. When it’s your turn you can choose to use one of your skills or an item. The game has an elemental system so some attacks will be super effective on different kinds of enemies. A pretty fun thing the game does is make those elements secret until you use an attack. So if it’s an enemy you haven’t fought before then all of his elemental resistances will show a question mark. Once you beat him then for all future occurrences you will see the strengths and weaknesses. It’s something that could work well in Pokemon if you ask me since it would give more reason to actually fill out the Pokedex.

You can use 3 characters in a party and when you use a super effective attack then the others can jump in and get an extra attack if they have an applicable skill. As you level characters up and gather materials you can also unlock passive abilities for the cast. These can be quite helpful. For example, there is one passive skill that allows every character in the back row to get a turn as well. What this ultimately means is that you can have 7 attacks in a single turn every turn. You can see how much of an advantage this would be right? Ultimately I only unlocked one of these skills before beating the game though. You need a high bond level to unlock them and that requires fighting with the character for a while or working on their side quests. You also need materials and since I did all of my grinding in the dungeon I didn’t really have almost any materials.

It’s actually something that caught up to me by the end of the game. I got all of my characters to level 99 but without materials it meant that my characters still had really weak weapons. Surprisingly those make such a difference that even being level 99 didn’t help to balance things back out. So if you do decide to train up there then be sure to still go in and fight some real minions. Those materials are absolutely essential and I can confirm that you will be really glad to have them on hand. I really love how in depth the complex the game goes with the mechanics though. Each of your weapons also have passive effects you can unlock which encourages you to fight with the sub weapons as well. Then you can use dust to increase your stats. There are a ton of ways to beat each boss so the strategy is entire up to you. Choose wisely.

The cast also isn’t bad although they’re fairly weak compared to most RPG titles. Itsuki for example is a reasonable main character, but he’s borderline an avatar character because the guy has no real character. He’s a nice guy who’s super humble and always does the right thing. That’s nice and all but he never really shows much personality. Tsubasa is also a fun heroine but shows a similar level of energy. Her thing is that she tends to mispronounce words. It’s a reasonably solid gimmick I’d say. The best character here is probably the rival who shows up a few times to get in your way. He’s definitely not someone to be trifled with.

Overall, Tokyo Mirages is a game that lived up to the hype. The story may not have been the greatest compared to other big RPGs, but I was still entertained the whole way through. The most important thing is the gameplay of course and that was definitely on point from start to finish. I’d certainly be up for a sequel at some point. I’ve definitely got more RPG titles to work on as well so I’ll be ready for another big adventure soon. In the meantime if you haven’t picked this game up yet then you should. Just don’t go in expecting a whole lot of Fire Emblem characters. They help a bit with the lore but that’s about it, no Roy or Ike or anything like that. If you remember your Fire Emblem elemental types for the weapons that should help you quite a bit with guessing what attacks to use off the bat though.