Suggested by Destroyer Flatman may be able to stretch himself around but that’s not going to do much of anything to Smith. Smith still has the edge in speed and power. He can continue to gain the advantage in agility over Flatman so no attacks will land anyway. Lets face it, Flatman is really doomed here and will be promptly crushed. Smith (Matrix) wins.

Suggested by Destroyer Flatman can stretch a lot which is always useful but you do have to ask yourself if it would really be all that effective against the Kraken. Put it this way, what if the Kraken bites him or even stretches a bit? Flatman may end up snapping and at that point there really isn’t anything he can do. The guy would just be obliterated in an instant and there’s not really any coming back from that. Kraken wins.

Suggested by Destroyer Alex Rider is a good fighter and he has some good equipment at his disposal but he’s not ready to fight a superhero. Flatman isn’t the most impressive one out there but he is still a hand to hand expert and his flexability will make capturing Alex rather easy. There aren’t a lot of options that Rider can use to take the edge in this fight so ultimately he will be soundly defeated. Flatman wins.

Suggested by Destroyer Flatman has returned but he is going to fare any better in this round. Mephiles is an incredibly powerful fighter who was even able to take Sonic down even if it was a cheap shot. Flatman wouldn’t be able to do that. I don’t see him being able to even land any true hits on Mephiles here due to the differences in their respective abilities. Mephiles is just a little too powerful. Mephiles wins.

Suggested by Destroyer Menos Grande is one of the original Bleach villains. They aren’t ranked all that highly in the verse at this point but are still powerful in their own right. Flatman is able to stretch himself pretty well but I’d like to see him try to stand up to a Cero from the Menos Grande. Right now it’s unlikely that Flatman could dodge or endure such an attack so ultimately he would have to lose this round. Menos Grande wins.

Suggested by Sonic Flatman can stretch and is effectively known as a second rate Mr Fantastic. While Reed Richards has a lot of useful gadgets that are good in a fight, Flatman doesn’t have nearly the same kind of arsenal at his disposal. Mr Game and Watch can transform into a giant spider/squid and can change himself into various objects as well. His hammer and torch will be hard for Flatman to deal with and it’s not like Flatman can just squeeze him like he would most opponents. Game and Watch is already 2D so that is out of the question. Mr Game and Watch wins. 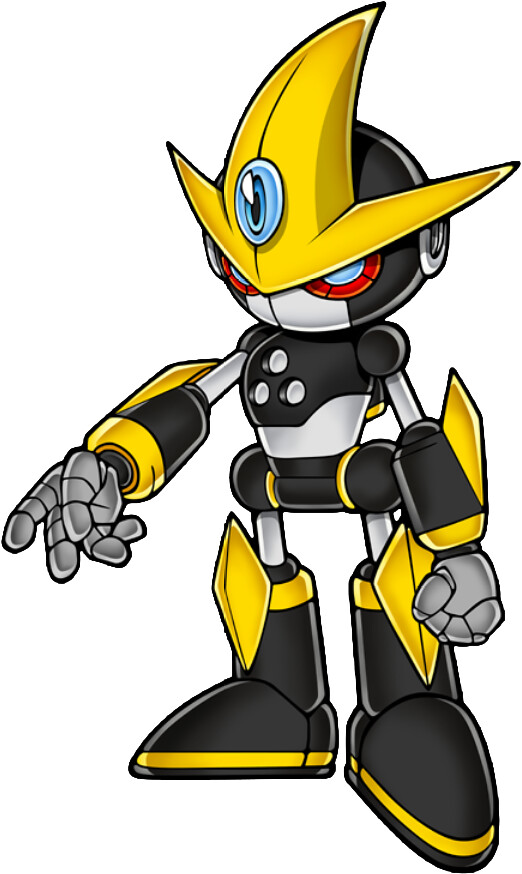 Suggested by Destroyer Flatman doesn’t really have a shot here. I know that’s not how you usually want a fight description to go, but Gmerl is just way too powerful. He’s got super speed and strength at his disposal. Both of those traits are already a whole lot more than what Flatman has going for him. I would say that Flatman at least has experience, but he really doesn’t have a whole lot of that either. I think he’s just completely outmatched here. Gmerl wins.

Suggested by Destroyer Flatman is a pretty flat character for the most part. Nobody has heard of the guy and you can’t even take his design seriously. There’s probably a lot of potential behind this character, but it’s all been wasted. He won’t be able to do much against AntiVenom. Eddie has a lot of combat experience at his disposal and could probably beat Flatman in an instant. There just isn’t much that this guy can hope to do against him. AntiVenom wins.

Suggested by Destroyer Flatman has always been overshadowed by Mr Fantastic and I doubt that will ever change. The guy was basically intended to be not as good as the original stretcher so there’s not much he can do about that. Having super powers of any kind is still handy, but he won’t be able to stop the Question. Question was able to take on Lady Shiva along with many other hand to hand fighters. His abilities are quite good for a human, although I suppose he did go beyond that level during the Blackest Night saga. Question wins.

Suggested by Destroyer Azumarill is a tough water type Pokémon who can really dish out the pain. She has a variety of moves up her sleeve so Flatman won’t even be able to guess what is coming next. Stretching around was never a great ability anyway so this leaves him with a ghost of a chance. Azumarill wins.