Suggested by Destroyer Natsu and Naruto are both extremely powerful fighters but only one can win. While Natsu continues to get stronger at a rapid pace while Naruto hasn’t moved in a while, Naruto did gain his Baryon Mode which should be more than a match for Natsu’s Dragon King form. Naruto has the edge in speed and strength plus he doesn’t use fire abilities so there’s no chance of powering up Natsu by mistake. Naruto wins.

Suggested by Destroyer Kanda is a powerful swordsman but he isn’t quite at a level where he would be able to defeat Natsu. Natsu’s fire abilities allow him to move at crazy speeds where even Kanda would not be able to keep up. Additionally, Natsu can fight at close or long range and he would have the advantage in either arena. Kanda would need a stat boost to keep up. Natsu wins.

Suggested by Random Natsu is an incredibly powerful fighter who regularly disregards power levels. The bonds of his friendship are what fuel his power and that makes him a very big threat. Giorno can’t hope to keep up with Natsu so his best bet is to try and cancel his actions long enough to think of a plan. The thing is that Natsu’s motivation can never lower thanks to his friends and you can delay his power, but not stop it. Natsu won’t give up until he’s knocked Giorno out and that’s exactly what is going to happen. Natsu wins. 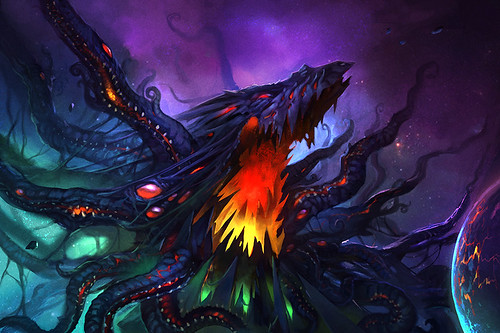 Suggested by Destroyer Natsu is a very powerful fire type fighter and he continues to get stronger with each arc. He has gotten to the point where he is a real threat to just about any fighter. That being said, I don’t think he is quite ready to handle Ichigo yet. Ichigo has his bankai and has been powered up many times over the years. His abilities by the end are just leagues above the rest. Having a sword also means that his attack range is greater than Natsu and that helps a lot in a fight like this. Ichigo wins.

Cloud is back, but I’m not sure if he will really be able to pull out the win here against Natsu. Cloud’s incredibly strong and fast, but Natsu is an opponent who can actually match Cloud in these areas and quite possibly even surpass him. This won’t be a blowout for either side and Cloud will get his hits in, but I feel like he won’t have the stamina to move at full speed for a long enough time to stop Natsu. Natsu wins.

Shulk has the Monado’s Power at his side, but that won’t be enough to stop Natsu. Even if Shulk knows what Natsu is going to do, he will not be able to dodge the onslaught of attacks. Natsu’s speed is incredible and not even Shulk’s speed mode will end up being a match for it. Natsu may have a tough time trying to break the Monado, but he will be able to take it away from Shulk and end the fight. Natsu wins.

Natsu is back and his intense fire abilities guarantee that he will put up an excellent fight! Train’s gun is virtually unbreakable and his Railgun should deal a lot of damage. Natsu’s speed is great, but he will have to let up eventually and one hit from the Railgun is all that Train would need. Keep in mind that Train is a high above of course. This would be a fun long range battle. Train wins.

As awesome as Kirito is, it’s hard to picture him winning this fight. While Kirito’s speed is incredible in SAO, it likely wouldn’t last long against the higher tiered fighters of Fairy Tail. Their abilities are definitely worthy of the Shonen rank and Natsu could easily speedblitz Kirito all day without a whole lot of effort. His fire abilities would also outrank Kirito’s sword skills. Kirito’s ability to fly does level the playing field to an extent, but Natsu’s got the physical edge. Natsu wins.

Looks like it’s a double debut in this match folks! It’s particularly surprising that Natsu hadn’t appeared until now, but better late than never. Both of these fighters use the fire element to their advantage. Natsume does have some mastery over fire and is regarded as a dangerous fighter, but he’s not going to be able to defeat Natsu. Natsu has been in many insanely difficult fights over the last few years and he continues to get stronger and stronger. I would certainly consider him to be around Naruto-Tsuna level in battle strength, which is no small feat. I don’t think that Natsume would be able to keep up with his speed and Natsu’s sheer power will ensure that only a few direct hits are necessary. He claims victory in this battle of flames. Natsu wins.