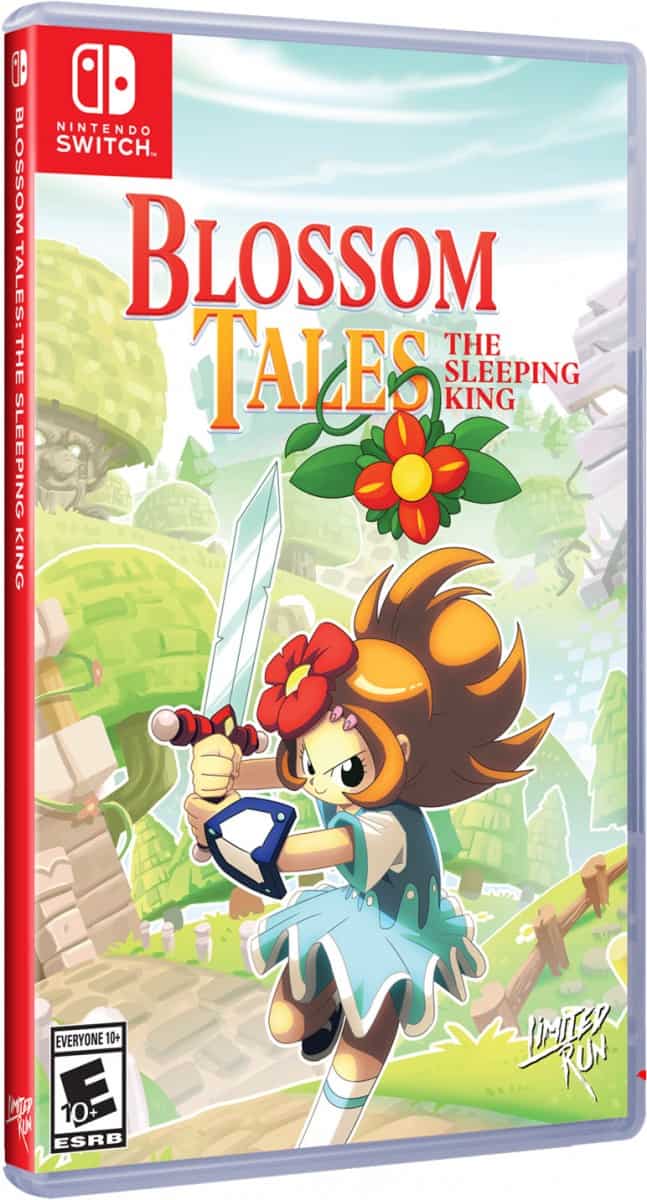 It’s time to take a look at a classic sprite game. The actual release is pretty new but the game is trying to capture that retro Legend of Zelda feel. It’s always nice to have a game for nostalgia and this one holds up pretty well. It’s got all of the gameplay elements you would want to see and solid level designs. It’s a good way to spend the weekend.

The game starts with an old man telling his grand kids a story. So unfortunately, that does mean the game’s story probably didn’t happen. He even changes details at times. So in this story there is a girl named Lily who has just become a knight. She’s pretty thrilled about this, but then finds out of a plot that involves the army deciding to take over the Kingdom. She reports this to the knights, but they din’t believe her until it’s too late. Now the King has been put into a deep slumber of which he will never wake again. The only way to cure him is to find 3 special ingredients guarded by various elemental monsters. The Knights are powerless to do anything so Lily must take up her blade and save the world.

As the game progresses you get more power ups and skills to use. At first you have a sword but as soon as you get your next weapons you probably won’t use it again until the final world. The gameplay style is that of an overhead look as you solve puzzles and slay enemies. Each dungeon has a wide assortment of rooms and each room usually has either a puzzle or enemies to defeat. Each dungeon you conquer unlocks either a new skill or another weapon and so by the end of the game you can easily shred through previous dungeons if you ever feel like going back. In the final world they finally buff your sword so it’ll then be your best weapon. For a little while there I was getting nervous that the sword was always going to be a terrible option. I do happen to like using swords typically after all.

The puzzles were all solid and felt fair. They weren’t trying to hide the outcomes after all and I always liked logic based puzzles. Give me a maze to run through while only touching each tile once for example. That’s a quality puzzle and one you can definitely figure out. The bosses are all pretty different which is nice. I definitely prefer when games don’t try to just re-use the bosses. This way feels a lot more genuine because you know that time and dedication went into getting everything right.

The game’s very simple and it works well here. You can master the controls easily and just dive into the levels. It’s one of those games where you can just “plug and play” at any given time. There are a good amount of collectibles to obtain as well and earning money seems like it’ll take a little while, but it won’t drag on since taking down enemies is pretty fun. Lily’s also a pretty fun lead. The King I’m a bit more mixed on because the guy sure sleeps a lot. Also, just by waving his hand he can fire off powerful energy blasts so you’d think that he would go fight off the main villain instead of sending Lily. Perhaps he was still sleepy I suppose.

The graphics are pretty solid. Everything is pretty colorful and it’s easy to tell the levels apart. The soundtrack isn’t very memorable but it’s all good stuff. One quality of life feature I liked here is the teleportation system. In a large map like this it can be a bit of a drag to have to run everywhere so fortunately you unlock the teleport path once you clear the area. Not every square has one, but most do so you never have to run for very long. By the time you clear the game you should have most of the map cleared out so with a little post game adventures you should be able to clear it all. I imagine that’s the main replay value here. The actual game campaign is a little on the short side at 3.5 hours but with the replay value you should be able to stretch that to 5-6 hours.

Overall, Blossom Tales is a pretty fun game. I wonder if we’ll get more in the series. The title may not be that long but in a way that helps it fit even more in with the other retro games it is trying to be like. Eventually I’ll be working on the original Legend of Zelda so it’ll be fun to see it in action. This game was definitely going for a similar feel although I imagine it’s a lot smoother than LoZ in almost all aspects thanks in part to how modern it is. In comparison that one’s probably going to feel pretty dated. If you haven’t picked this game up then I’d recommend checking it out.