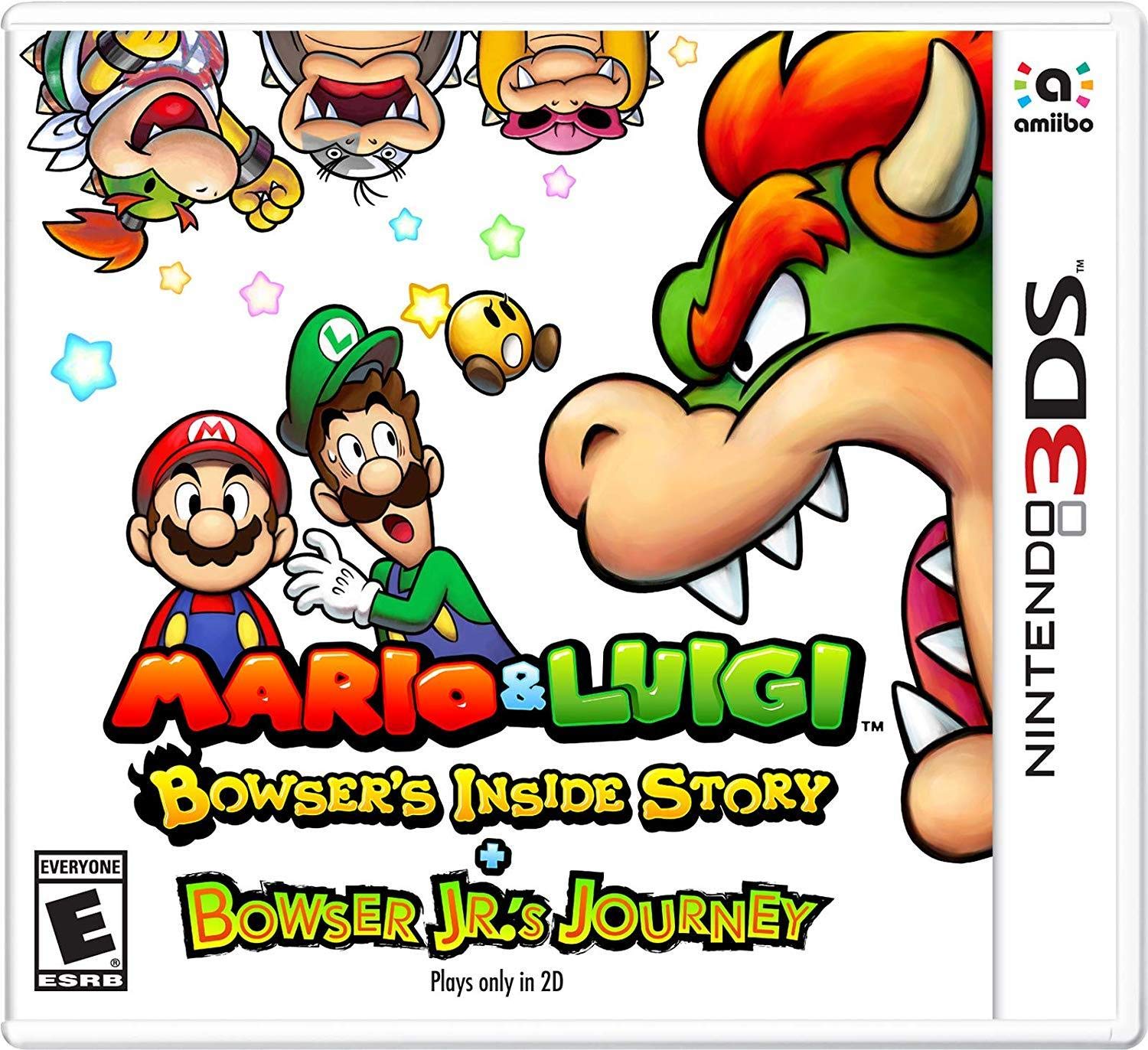 The Mario & Luigi series has been a fun one to play through. Bowser’s Inside Story has often been known as the best one in the series and I can see why. The story is a blast and it’s just nice to see Bowser getting a star role like how he is here. The game does have a few new mechanics in there that aren’t my favorite but for the most part this takes everything from Partners in Time and improves upon them. Making this a very complete Mario game that you’ve got to check out at some point. Then you’ve also got the new bonus game Bowser Jr’s Journey which is surprisingly substantial considering that it’s a bonus experience.

In Bowser’s Inside Story the plot starts with a pandemic going across the planet. Everyone is turning into Blorbs which is a fancy way of saying they are all swelling up like balloons. Peach calls an emergency meeting but did not invite Bowser. He isn’t happy about that and bursts in. Shortly afterwards he eats a poisoned mushroom and sucks everyone inside himself. Now there is nobody to stop Fawful from taking over the Kingdom and ruling the world. Nobody except…Bowser! Little does he know that Mario and Luigi will still be providing some help though from inside his belly.

There’s quite a lot more story to go through here but that’s the general premise. It’s nice to really see Bowser’s side of things here. Finally you have a lead going straight after the villains instead of going to a bunch of different castles the whole time. Bowser’s just a lot of fun. Mario and Luigi still can’t really talk here while Bowser constantly gets a ton of great lines and moments which really helps him out here. You have to love his confidence. A lot of things go over his head but the guy just seems very genuine. He’s a villain, but one who at least does care about his minions which is always good to see.

The gameplay is your classic turn based adventure. You can use special combo attacks (Which are much, much stronger than normal moves so you really need to use them) hammers, or jumps. You also can move around the overworld and enemies appear so by jumping on them or hitting them with hammers you can get a pre-emptive strike which is very useful in battle. The only parts of the gameplay that I found to be pretty weak were the moments in Bowser’s stomach when you have to jump up and down to make him wake up and blasting the orbs to make Bowser giant. These moments happened a little too often and always took forever. Not a big thing of course but a minor area where things could have been improved.

Beyond that, I had no real complaints with the game. The story was a lot of fun and the gameplay was smooth. I felt like leveling up wasn’t quite as daunting as the previous games. In part because this time I actually understood how the bonus multipliers worked this time around so I didn’t waste it all in HP. Definitely not a fun moment that time. Fawful also works really well as the main villain. I loved his catch phrase “I have chortles” as he starts laughing. Basically his grammar is majorly messed up but in a pretty fun way. He certainly enjoys mocking Bowser so you know the main character will get his revenge at some point. His second in command Midbus was also pretty impressive. A guy who can fight with Bowser toe to toe has got to be crazy strong. It also helps raise the stakes in the game which were already pretty high. Having an end of the world threat was great. Also quick shoutout to Peach for actually having telekinetic powers in this game. She only used this in one scene but it was impressive. I guess she has been training.

In Bowser Jr’s Journey we see the events of the main game from his perspective. Bowser Jr is a pretty ungrateful guy who really does as he pleases. He’s not here to make friends and all the Koopalings get upset as he continues to disregard their opinions as he searches for a very sketchy “cure” to the Blorbs. One by one the Koopalings leave until Bowser Jr’s group consists of him and Morton. When a trio of new villains working under Fawful appear Bowser Jr must rethink his approach. Is he really going to be able to save Bowser if none of the minions want to work for him anymore?

The story is pretty emotional in large part because we’ve already seen how polite and heart warming Bowser can be. The guy’s just fun to hang around and he does treat his minions well. Bowser Jr is the opposite and is incredibly unlikable. I was not expecting him to be quite so mean all the time so that did come as a bit of a shock. Regardless, I would definitely have to say that the game had some good story arcs going. The story was actually crafted really well which helped the game succeed.

The gameplay is pretty different as it’s more like an automatic game where you watch your minions fight. You can cheer them on and issue several special attacks/power their moves up but it’s not super interactive. Prepare to play old levels quite a lot here in order to get their levels up to snuff. Playing the elements here is most important. Flying minions beat ground minions. Ground beat throwers and throwers beat flyers. If you put your team in a good formation that makes the most of this then you will be in a good position to do a lot of good. Tactics are more important than level ups but if you really just want to skate by just find a level that you can beat without having to help out at all and have them run it over and over again. Before long you’ll have made it to the end of the game. It’s surprisingly tough but as with every game that has a level up system, you can ultimately persevere.

I liked the game. It’s a pretty simple title that doesn’t have a lot to it in terms of gameplay variation and such but that’s fine. It’s really just a side adventure you’re playing around with. If anything you could play it during the main game to try and keep them in sync. What was particularly impressive was the story since it was actually pretty engaging. I never would have thought Bowser Jr would be the one to be able to lead his own adventure but here we are.

The graphics are pretty good. The character models are very sharp and the backgrounds really stand out. The whole thing looks really modern. Then you’ve got a catchy soundtrack as well. The best theme in the game for me has to either me the final boss of Inside Story or the general Bowser encounter theme. Both themes are actually pretty intense. The final boss even sounds like a Kingdom Hearts theme. You can really hear the usual instruments and themes at least. It helped really make the game feel like a big deal. In terms of replay value, I’d say this game has a good amount. Keep in mind that the main stories for the two combined should take you around 40 hours. (It took me 43) If you then work on getting all levels ups and beating all levels then this would probably get you to around 47 hours.

Overall, This is a game with mountains of content. It’s clear why this has always been a standout game for the Mario series. I’ll be starting Dream Team pretty soon but it’s definitely got big boots to fill this time around. I have little doubts that it will be another good installment though as the series has been consistent. The fact that this is really two games in one just makes the whole thing even better. Jr’s Journey gameplay may take some getting used to but it can quickly become addicting once you’re into it. I almost went and 100% completed the game just because I felt like it so there’s that. Sometimes you just never know when a game’s going to just go off like that.