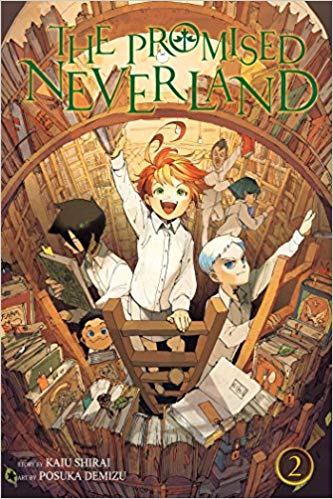 Well, this series has been getting quite a lot of hype lately so it’s nice to finally start it. It’s definitely got a pretty unique premise so that’s good. I’m wondering how this plot can be stretched out for very long though and I’m hoping for a big time skip. Still, a solid start and I’ll review the series once it’s over.

It’s time to look at a really retro film. This title came out almost 10 years before the original Godzilla, which shows that it has certainly seen a long film history. You’ll be reminded of Clue almost instantly as the film begins. Little did I realize that this one would even beat Clue (Granted that it’s been a while since I saw that film) and this could be one of the best mystery thrillers that I’ve ever seen! It certainly surpassed my expectations.

The film opens with quite a few different characters entering a mysterious house. They have all been called here under various pretenses, but then they start to figure out that something is a wrong. A voice emanates from the shadows and accuses them all of various crimes involving murder. They were never brought to justice for their past deeds so the host has decided that it is his job to prosecute the characters. Can the 10 criminals trust each other long enough to come up with a plan or are they simply going to die until the title of the film rings true!?

The premise is a good one although it can be difficult to execute it properly. If this film had come out 50 years later, I’m sure that the director would have made this more of a modern slasher film where everyone dies in the diciest ways possible. Luckily, this was the 40’s. Back when everyone had constraint and the film is actually very tame considering the fact that the body count is quite high. All of the violence is off screen and their fates were all rather simple and direct. The film knew that the best way to go about this was to be direct and to the point. It worked like a charm!

As I always say, one of the best things about mystery films is trying to figure out who the culprit is. Likewise, the best thing in a slasher film is trying to figure out who’s going to live if you think that anyone will survive the experience. Needless to say, I tried to do both here. I was right about the character who lived through this, but I was wrong about who the culprit was. Ah well, 1/2 isn’t all that bad when you think about it. No worries, there are no cop outs here although one scene will have you questioning it quite a bit. I find it a little hard to believe personally. The crossed out section quickly mentions the scene and while I tried to make it spoiler free, you should still skip that paragraph until you watch the film. Since this is a mystery film, such potential spoilers are more important to mention than usual.

The scene in question involves a possible injury. It’s hard to elaborate on that without spoiling the film, but do you think you could tell if someone was shot or not if you had a clear view of the supposed bullet hole? It’s safe to say that you would be able to discern such a thing with ease. It’s actually tougher on the viewer than the character because you could just assume that the special effects were not up to snuff so it is hard to tell if the character is injured or not. It is a valid excuse for a movie watcher, but not for the characters inside of the film. There is no way that they would not be able to tell the difference.

That was just a small critique though. The film probably couldn’t think of a better way to go about this so that was still a mostly acceptable way of handling it. Trust me, it could have been much less believable! The atmosphere is very cloudy and mysterious, which suits the film. It is definitely a title that would be much different if it had been in color. I’m hesitant to say that any film is better in black and white, but it certainly worked for me here. For a mystery, black and white just seems to make sense.

Naturally, the most important factor for this film was going to be the cast of characters. You need a likable bunch or else you’re going to start rooting for the villain. After all, two wrongs don’t make a right, but the heroes have gotten away with murder…haven’t they? the ending does a good job of stopping this actually as the ending addresses everything, which makes the film happier than it might have been otherwise. Let’s just say that the crooks don’t necessarily get away with anything, but things are more complicated than they appear on the surface.

Of course, it’s also the kind of film where you don’t tend to remember any of the names after watching it. You will be able to recall how the characters looked and acted, but the names simply weren’t unique enough to recall. That’s all right though since the characters are the important part. The team is made up of 10 fugitives and then we’ve got the butler and his assistant. I’ll try to quickly give you a rundown of them so you can decide who is shady and who isn’t.

The butler is…the butler. What else can you say about this guy and why you should suspect him? He serves the food and knows the mansion better than the rest of the characters. The assistant doesn’t seem to like any of the other characters and she wants to get away from the mansion as soon as possible. Maybe she has a strong motive eh? We have the main character who seems like a really nice lady who is oblivious to the danger at first. Surely such a nice soul could not be the mastermind…right? An older lady is also present who loves knitting. She loves to voice aloud her agreement with Mr. Owens (The boss behind the shadows) in the fact that the fugitives (Minus herself) need to be punished with death. Maybe she is simply giving them a hint! There’s a crazy guy who loves singing and making the atmosphere morbid. He definitely seems suspect! There’s a judge of sorts who seems to be brilliant. He’s constantly making deductions and he is always able to make an airtight case against whoever is allegedly guilty at the moment. Maybe he’s turning the team against each other? A doctor is also in the house and he likes beer although he doesn’t admit to it. Is he trying to forget his wicked deeds before destroying the rest of the cast? You certainly can’t trust anyone who’s not being honest with the cast. We also can’t forget the guy who is always agreeing with the Judge. He is easily swayed by opinions and he’ll follow whoever seems to have the best idea. Perhaps he is saving his cunning mind for when he will truly need it! Finally, we’ve got the generic American, action hero. This guy’s cool, calm, and collected. He’s also armed with an illegal handgun that he is pretending to not possess. Hmmm….nothing shady about that eh? I believe that I named all of the main characters or at least I hope I did. If I left anyone out, it was just accidental misdirection…..

As I mentioned earlier, the ending is fairly satisfying with a little humor involved as well. For some context, my favorite character was the driver of the ship who was taking the 10 convicts to the private island. He was having fun with his sandwich and he certainly knew the score. Unlike the main characters who were fighting for their lives, the captain was just sleeping at home! He makes it back to the island for the ending and it is safe to say that he handled the situation quite well. The film ends there, but I have no doubt that he will be ready to take the win.

There are two elements to the plot that I did not mention earlier so I should quickly elaborate on them. For starters, the heroes cannot leave the island because the boat only comes on Mondays. Or, the next boat is on Monday. Either way, they have to survive 3 nights if they want to stay alive. Moreover, every character is dying according to a creepy poem that is in the house. The villain wants to stick to the script so that should at least give the heroes a heads up on what’s about to happen to them…if they heed the poem of course!

Overall, The film’s title allows you to quickly get yourself interested in what’s about to happen and the film executes the plot to perfection. There is little room for improvement here as the film really does a good job on all areas. The characters are interesting and the pacing is nice and quick. The ending is solid and the film was a slasher while still staying true to the mystery element. There are few films that I would recommend sooner from the 40’s than this one…if any. I highly recommend checking this film out and if you love a good mystery, it is safe to say that you will greatly enjoy this one!