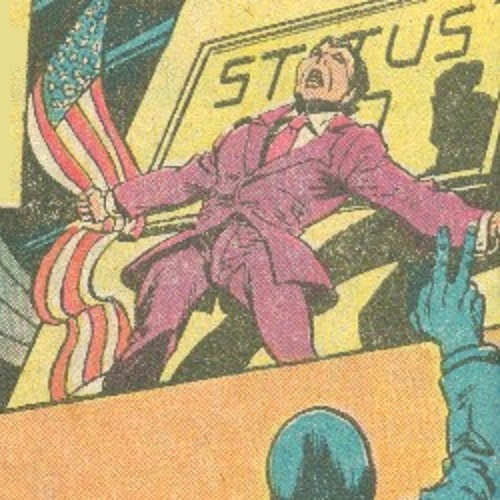 Suggested by Destroyer The Status Quo is a tough guy or at least he talks a tough game. That being said, he is ultimately just a normal person. There isn’t a whole lot he can do against a full dinosaur. Spinosaurus would be able to just squash this guy flat like it’s nobody’s business. Status Quo has no true answer around such a predicament so he will definitely go down here. No human is beating a dinosaur in a straight fight without some kind of advantage. Spinosaurus wins.

Suggested by Sonic The Status Quo is a guy who doesn’t like to keep things as they are. He uses protests and outrage to try and stop society itself. The guy can’t really fight though. While I wouldn’t usually say Mr Miracle is the strongest fighter out there, he still does have basic super strength as well as a lot of high tech options. With those at his disposal, I can’t really see the Status Quo doing much of anything. He would be taken out before long. Mr Miracle wins.

Suggested by Destroyer It’s time for Howard to take the stage. This guy’s definitely ready to claim victory as well. Status Quo and Howard both never got to really do a whole lot in the comics, but HOward quickly identified himself as more of a threat. The guy did rob someone and even tried to escape the Punisher. Status Quo really just yelled a lot from a distance and once the heroes caught him the guy surrendered without a real fight. Howard Aguello wins. 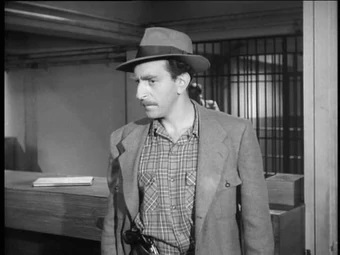 Suggested by Destroyer The Status Quo is a guy who loves to stir up trouble. He’s not really much of a fighter though and relies on his followers to do the dirty work. That’s not really going to fly against someone like the Chunk though. The Chunk can spit out a few diamonds or land a haymaker and that will be the end of the fight. The Status Quo really has no defense against such an attack option and ultimately he will end up falling here. The guy just doesn’t stand a chance. Chunk wins.

Suggested by Destroyer Moguera is a fun robot who never really gets a lot of attention in the G fandom. That’s a mistake if you ask me since he is such a cool robot. He’s got lasers and can fly really fast so no matter how you look at it I would consider that to be a total win. The Status Quo takes another loss but at least that’s his final loss for a bit so things should start to look up for him from here. Moguera wins.

Suggested by Destroyer Rainbow Dash has an impressive amount of speed at her disposal. This means that she won’t be taking any damage in this fight since the Status Quo has no way of actually landing a hit. At the end of the day he’s basically just a normal joe while Rainbow has taken down world ending threats over the years. Status Quo is a million years too early to try and fight someone like that. Rainbow Dash wins.

Suggested by Destroyer The Status Quo has returned and now he is up against one of the Shredders. Cyber Shredder will make quick work out of the Status Quo with his claws. Status Quo isn’t really a fighter, he never has been. That means that he will very quickly be defeated here and change will occur whether he likes it or not. The guy seriously needs a big power up but as it is he was never a very popular villain so I don’t see that happening for a long time. Cyber Shredder wins.

Suggested by Destroyer The Status Quo was a pretty fun villain, but he definitely isn’t much of a fighter. I don’t think he would last particularly long against Mecha Godzilla and would quickly find himself on the defensive. A single energy blast would take him out of the fight and I think that tells you quite a lot about the power gap in this match-up. Try as he might the Status Quo just isn’t ready to handle a full Kaiju. Mecha Godzilla wins.

Suggested by Destroyer Status Quo is one of those villains that sounds sympathetic from his name. All the guy wants to do is keep things the same. I think he does go crazy and grabs a bomb at some point so it’s only the concept that you can sympathize with. Status Quo isn’t very powerful though and will very quickly be overpowered by Cosmoman. Cosmoman wins.