Suggested by iKnowledge This one’s a pretty close fight. The Spectre was able to take a hit from Superman and remain relatively unharmed. It may be safe to say that his durability is even greater than that of Dio’s. Still, it will be quite difficult for him to react to Dio’s attacks. Ice and Time make for a rather solid combo and with his Stand activated Dio’s raw power is quite high as well. I think he has enough power and skill to claim the win in this fight. Dio Brando wins. 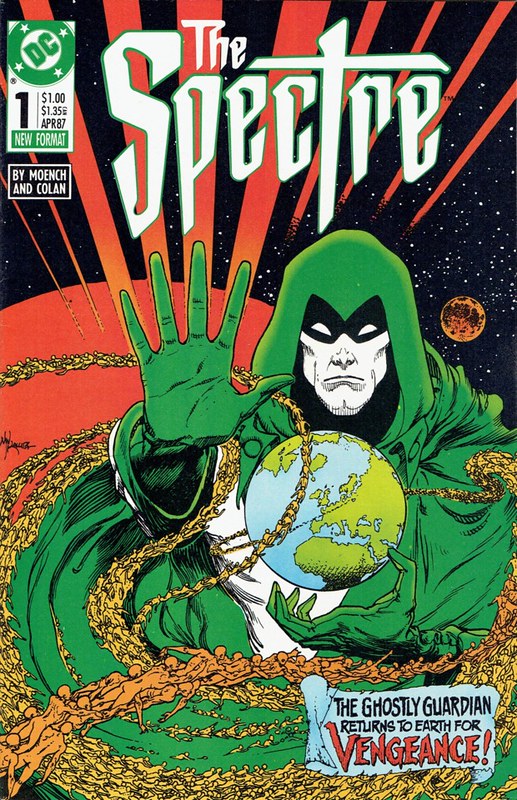 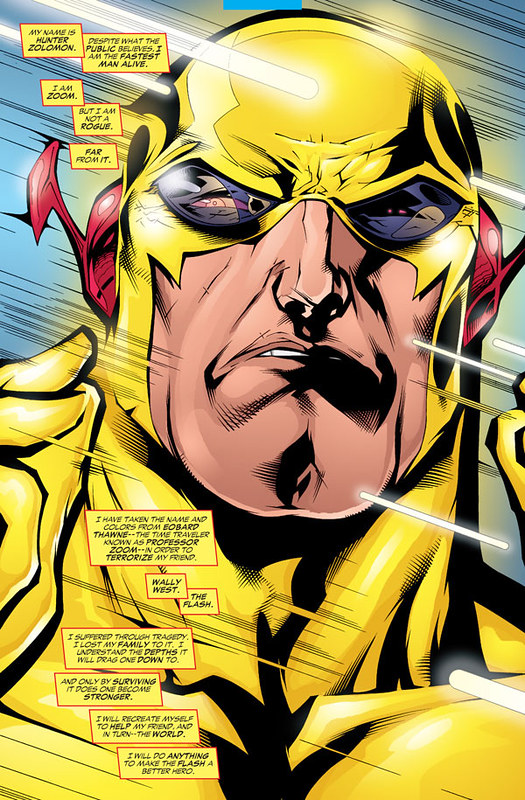 Suggested by Anonymous The Spectre is certainly a powerful foe. He has withstood punches from Superman and has some pretty good energy blasts as well. Still, I don’t think he will be able to handle someone like Zoom. Zoom will be…zooming around Spectre throughout the fight and landing hundreds of blows a second. That much damage will quickly stun and knock out the cosmic being. Spectre can take a hit, but his defense will eventually falter and that will be the end of the match. Zoom (Zolomon) wins.

Suggested by DarkLK This match is a little trickier than Spectre’s last fight. Dante has incredible speed and that will help him dodge Spectre’s attacks. His own abilities are potent enough to deal Spectre damage as well. Spectre would need a lot of hits on his side to overcome Dante’s healing abilities. I don’t think he would be able to get enough blows in before Dante finishes the job. Dante wins. 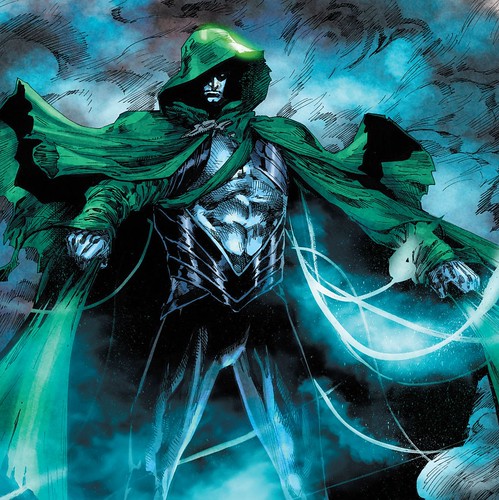 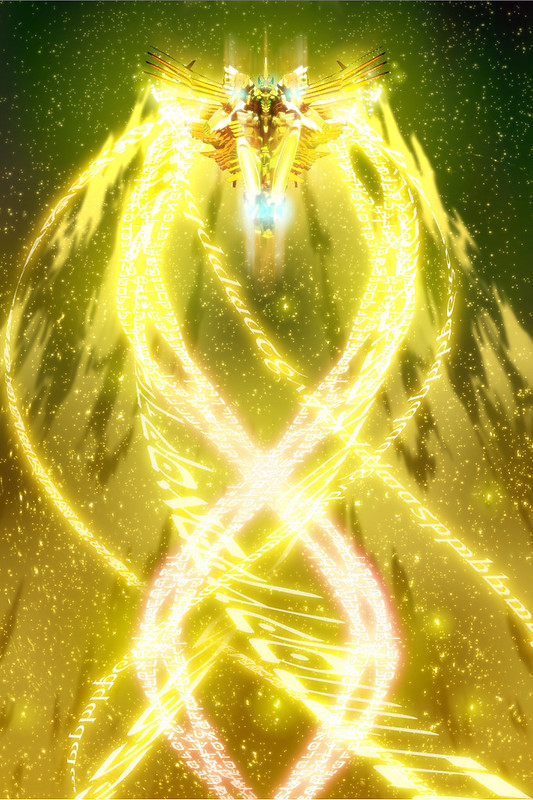 Suggested by DarkLK I like Godzilla as much as the next guy. He is incredibly powerful and a single blast of his atomic breath melts most of his opponents down to size. That being said, he is dealing with a cosmic being who can actually fight. Specter has stood up to blows from Superman in the past and he has some energy blasts to boot. His flight and speed will also come in handy here. I don’t see how Godzilla will be able to overcome these abilities. Spectre wins. 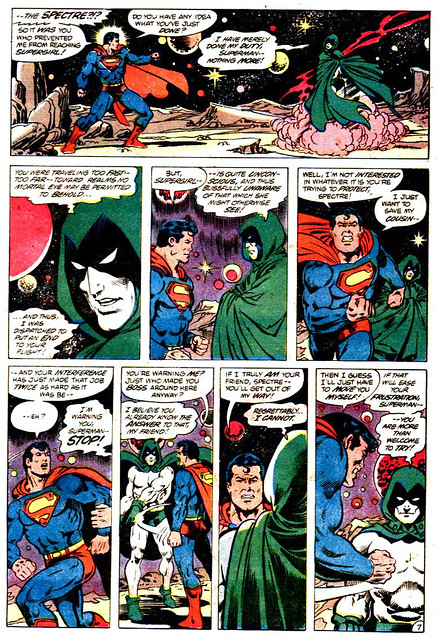 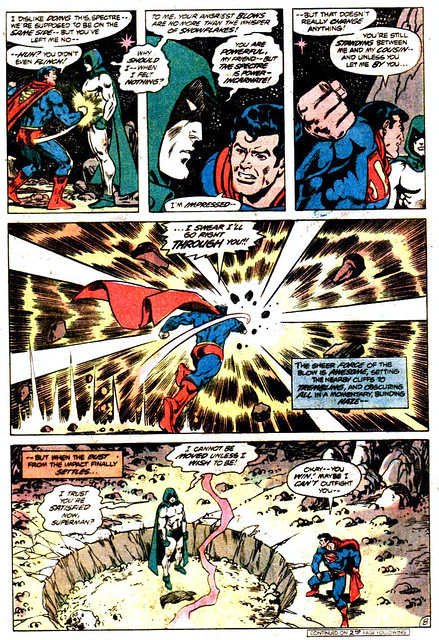 I still say that Superman is the strongest comic book character of all time and I don’t even consider it to be all that close. That’s why it’s always impressive when someone endures a punch from Superman. The Spectre battle was a blast back in the classic comics and one of the cooler moments. Reading that comic was a lot of fun. That being said, I certainly think Superman would completely wreck him in a fight. It’s hard to mess with Superman’s speed and flurry of blows. I included both scans so you could notice that Superman’s definitely faster than the Flash. He was going so fast that the Spectre had to step in. Well, I’m sure that the Spectre will return to grab some more wins. Superman wins. 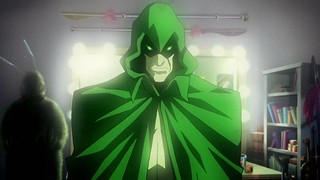