Suggested by Destroyer The Alligator is back, but now he’s up against Jirass which will be another tough fight. Jirass sort of looks like Godzilla which is really this kaiju’s main gimmick. That being said, there is still a considerable gap between these two fighters so I don’t think Alligator will be winning this match anytime soon. He would need a massive power up to even stand a sliver of a chance. Jirass wins.

Suggested by Destroyer Gomess is a powerful Kaiju and that spells bad news for the Alligator. Alligators can grow to be quite large if you look to the right monster film. That being said, it’s definitely not enough to close the gap here. At the end of the day Gomess is still a lot more powerful than Alligator and he also continues to have the size advantage as well. It’s been a while since we saw Gomess take a win and I don’t believe the gap will be quite so large this time. Gomess wins. 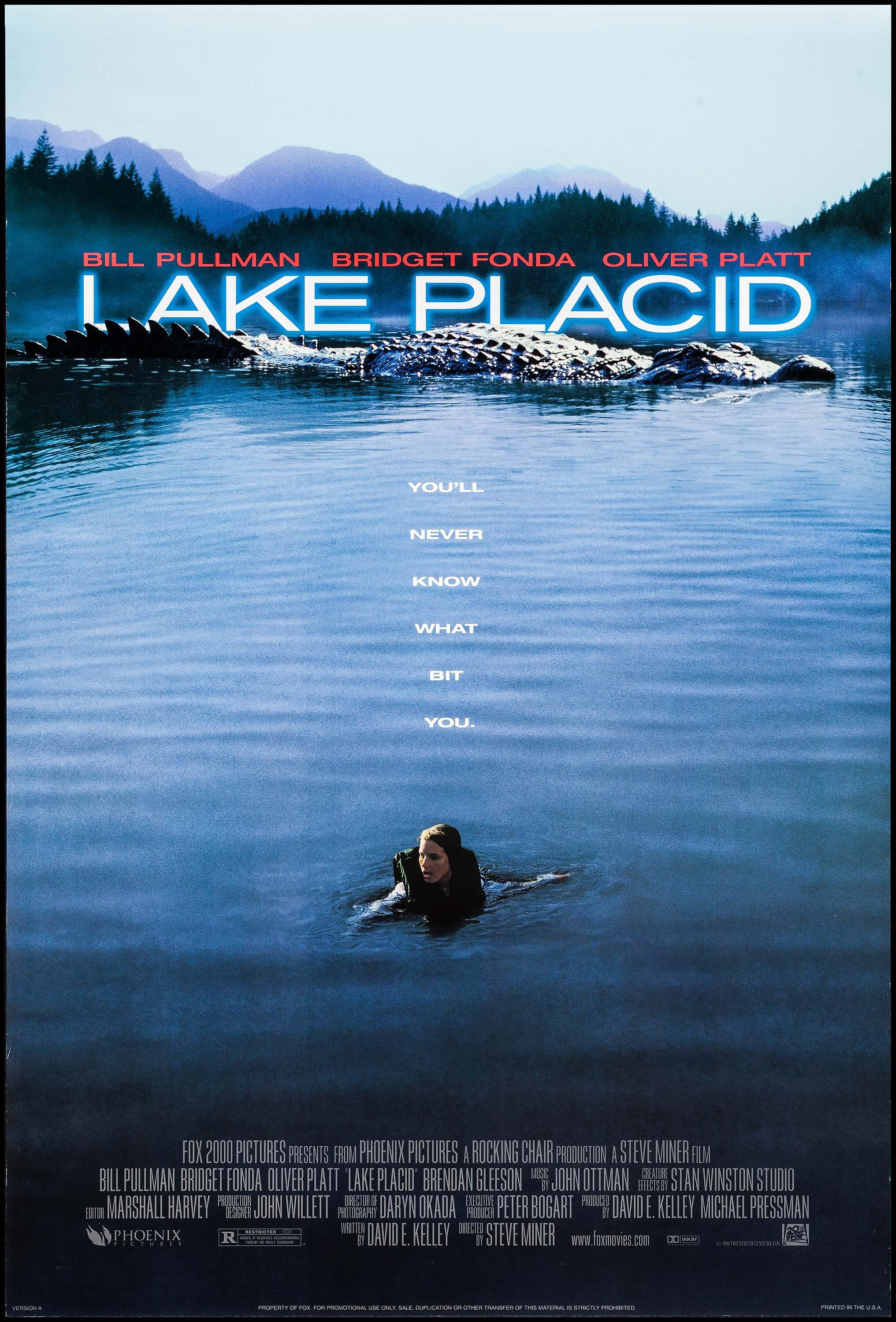 It’s time to look at a horror film from a while back. It’s actually got a few sequels so I’m sure just about everyone knows the tale of Lake Placid. It’s not the kind of film that you’re likely to forget anytime soon. Unfortunately it falls into the quick traps of a lot of animal violence as well as weak writing throughout. This is not a thriller that will be ranking very highly at all. I like to think it had a shot, but the result was very predictable all things considered. When your main villain is an animal it’s just hard to get past that. The film never even tries anyway.

The film starts with Kelly having a pretty bad day because her man was stolen by her best friend. She is then sent out to find out how a giant tooth was discovered belonging to a seemingly extinct race of gator. She is greeted by Hank and Jack who are currently working the case. Both of them don’t really want her in since she’s not really part of this and to their defense, she really doesn’t seem prepared at all. From the start she complains a ton about everything and makes it all very difficult on the heroes. Still, they can’t convince her to leave and so the group heads to the spot of the murder. A giant gator ate half of someone and so they aim to stop him before more victims arrive.

Another wrinkle in the case is good ole Hector. He worships Alligators and wants to make sure this one is taken alive instead of murdered. He loves danger and risking it all. The guy’s pretty insane but the heroes put up with him because he is the world’s leading expert in all things gator. He puts up a lot of traps and things of that nature. The heroes are certainly about as divided as you can be. I can’t think of a main cast that bickers this much except for Suicide Squad or something like that. They’re all fighting absolutely nonstop.

First problem is of course the animal violence as I mentioned. Quite a lot of them die when up against the gator including a nice cow. The film tries to save face at the very end of the film by having the final cow escape. I was glad to see that but it doesn’t excuse the dead bodies earlier or the part of the origin story where we learn someone had been feeding animals to the gator. It’s all about as morally bankrupt as you can get from the villain who isn’t even arrested at the end of the film. You’ll have to suspend quite a lot of disbelief there since this person is responsible for several murders.

The other issue is that the writing is definitely quite obnoxious. Hector is the biggest reason for this. He’s created to be a very blunt character who is always saying something inappropriate. He somehow seems to have a lot of luck regardless. The heroes shouldn’t have been listening to him at all with his crazy theories and how he kept holding everyone back. I was ready for him to leave as soon as he appeared. Pretty much any scene with him is a thumbs down. Meanwhile Hank is a much better character although a lot of his scenes are the “banter” between him and Hector which limits his potential. At least Hank was serious about his job though. He did his best to stop the gators, it just so happens that he wasn’t prepared for this level of monster. Nor were most people I imagine.

The only parts of the writing that could be fun were with Jack and Kelly. She loved to complain a lot which he would typically have a quick comeback for. Naturally this turns into the usual rushed romance, but ignoring that it was a fun dynamic. Kelly is a fun character. She’s a solid example of someone who’s made to be annoying in a good way. She’s always complaining about something but I’d say that it actually worked out pretty well for her. At least the lines are sound. Meanwhile Jack is also a solid character. He’s got plans and doesn’t put up with as much foolishness as most of the other characters.

As for the gator himself, it was a pretty fun design. Nothing particularly unique mind you as it was effectively just a giant alligator. That is the whole premise of the film though so it makes sense. It’s not like it was supposed to be an alien hybrid or anything like that. I wouldn’t have minded if they did something to make him look a bit more unique though. We get a quick jump scare at the end of the film but it’s resolved so quickly that I feel like it was almost a bit pointless. There should have been an extra fatality there to make this new threat feel more real. I feel like that would have worked better.

Overall, Lake Placid is definitely not a film that I would recommend. Choosing a gator as the main villain was a pretty solid move because we haven’t really had a lot of films with them. For some reason it’s not the monster that is usually used for these films despite having such an intimidating design. I think that’s a bit of a mistake because he could easily hold his own film. Of course, that’s only if you have to make a film about an animal as the villain. Clearly you should try to avoid such things. If you don’t mind terrible writing and animal violence then check this film out. Otherwise I highly recommend Air Bud instead as a much more wholesome film with quality moments.