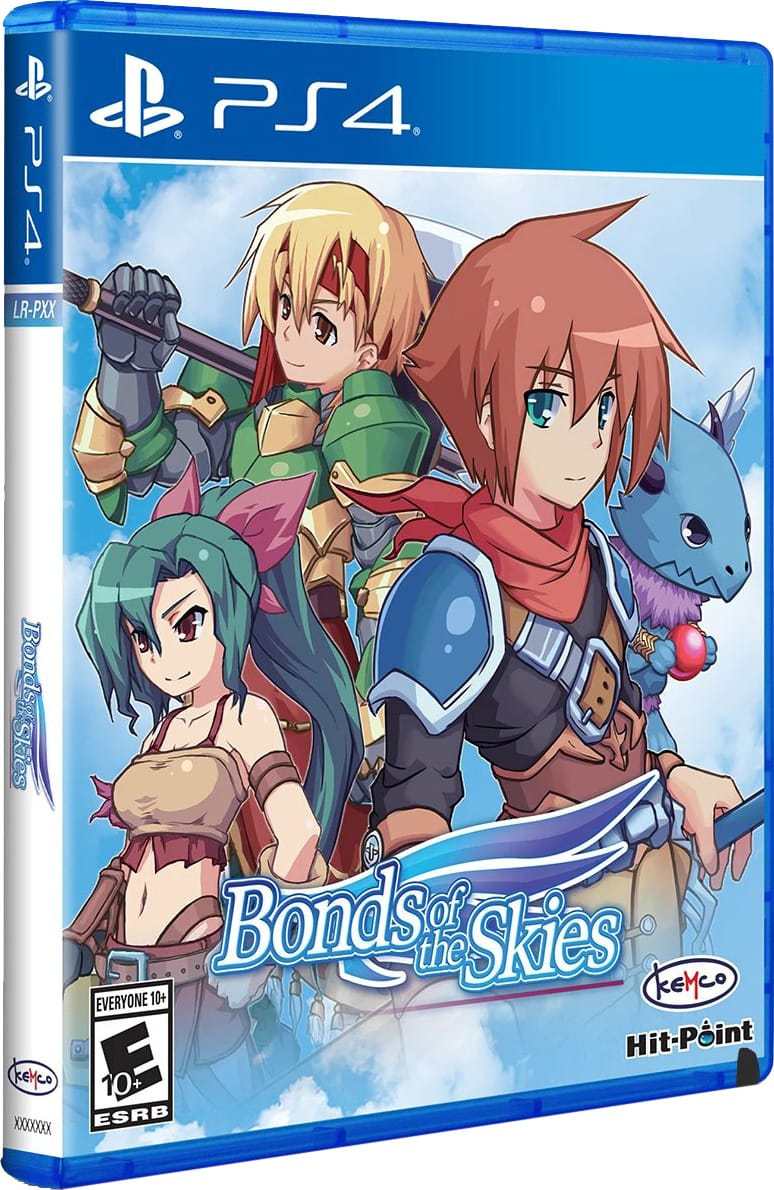 I can’t say that I was familiar with this game before it came out but the fact that it’s from Kemco was a really good sign because they have quickly solidified themselves as one of the leaders in mobile gaming. Whenever their games get ported to PS4 you know you’re in for a treat. To date Asdivine Hearts is one of the gold standards for RPGs. I would put it up there with fellow titans Kingdom Hearts 2 and Final Fantasy XIII. The sequel was a little weaker thanks to the story but the gameplay was still top notch with a lot of strategy. I’ve never played a game like that where I got all the characters to the max level 99 and still couldn’t beat the final boss without working on my magic some more. This game is on the shorter side next to those but still delivers a complete experience.

So in this world there exist a few Grimoa. These are the deities of the land. 3 of them decided to split their powers into a kid of sorts while the flame one decided not to do so. Well, many years later various towns start being attacked by a fire monster and all of the deities assume the fire one is responsible. This leads Nogard, the wind Grimoa to go to a small town and recruit the help of a man named Eil. Eil is a mild mannered guy who just wants to do the right thing. He’s not really much of a fighter but will absolutely help in order to stop these villains from having their way with the world. He suits up but this will be no easy quest. He must find two other humans to partner with the other two deities. Only then will they be strong enough to take on the Fire dragon and save the planet.

The story is pretty straight forward with a classic formula. You go to each town to find a new partner until you have a full team of 3. After that you go to different islands to find the kid deities and then you’re set for the final boss. There aren’t really any big twists or turns here beyond the usual although you do get a ton of dialogue. The game should take you between 7-10 hours to complete. There isn’t a whole lot of grinding necessary as your levels will do well for the most part but it’s also worth noting that grinding isn’t all that painful here for people who don’t like it. As I mentioned, Kemco is an old pro at this. The gameplay speed is incredibly fast. You can also put your guys on auto battle mode in order to take out the minions. Now, it’s a little less advanced than in their later games as auto mode means the can only fire off a generic strike so spells are off the table. It’s still a fair compromise for not actually having to control them. It means instead of running away from encounters you can fight through all of them in order to keep your level doing well. The EXP you can earn in the dungeon right before the final boss is insane so don’t be afraid to stay there and grind for a bit. In less than 10 minutes I got my guys from level 60 to 75 in this place and it was just enough to claim victory.

The gameplay is that of a turn based style. You have the option to use physical attacks, magic, or items. In general I recommend only having one skill equipped because then you can equip a lot of passive boosts which are far more useful in my opinion. You only ever need 1 real skill here. Perhaps 3 for Avi as the team’s medic you want her to have the main 2 healing spells as well. Fight like this and you’ll have a very balanced roster. In addition to the usual equipment you can also equip which monsters you want to have at the ready. I stayed with the default ones throughout the whole game but it’s a nice way to add more variety.

The graphics look pretty nice. I was surprised that only one of the Grimoa got a character portrait as the others talk so having one would make sense. In general you get the feeling that this game didn’t have a big budget the way some of the others had but they still did a pretty good job of getting all the fundamentals in. The animations are really smooth and the game does look quite nice. I definitely wouldn’t dock any points there. This is a game that’s aged really well. The soundtrack is also pretty solid. It’s all nice and fast paced which works pretty well with how quickly the gameplay moves. Note that you can speed up the gameplay to 3X by clicking L1.

Aside from the story you do have some post game content to work on. There will definitely still be some quests around and I think there are two dungeons. The Platinum trophy is definitely pretty achievable. I don’t expect it should take you more than an extra 2-3 hours to get the rest of the trophies. It’s something that’s worth doing if you completed the game since you’ll already be so close to doing so.

As for the main characters, Eil is decent but not great. He’s a very timid character. Throughout the game everyone mocks him quite a bit for being too nice and always talking in a worried way. It’s a fairly interesting character arc at times but I never felt like he really came into his own. A little more confidence would have gone a long way. His ally Iks is a lot more outgoing by nature and isn’t afraid to stand up for himself. If anything you’ll feel bad for him a bit when Eil sets up a trick against him. Iks is a solid companion to have. Finally you have Avi who wants to do her part to save the world but has a hard time being straight with the group. She’s used to withholding her feelings at all times. She gradually becomes close with the group though and the 3 make for a solid team. I’ll give her props for being bold enough to walk up to the other two demanding they hand over their Grimoas at the time they met even if that’s probably not how transferring ownership works.

Overall, Bonds of the Skies is definitely a pretty great game. It’s like a pocket RPG that you can quickly blast through and get a feel for the genre. I can’t state enough how seamless the gameplay is here with all of the quality of life upgrades in. Even little things like speeding up the gameplay for grinding and auto battle are things that more RPGs should add but surprisingly this is one of the only companies to do so. Playing through it just never feels like a chore and this is a very balanced game. I’d definitely recommend it to anyone that wants to check out an RPG title.