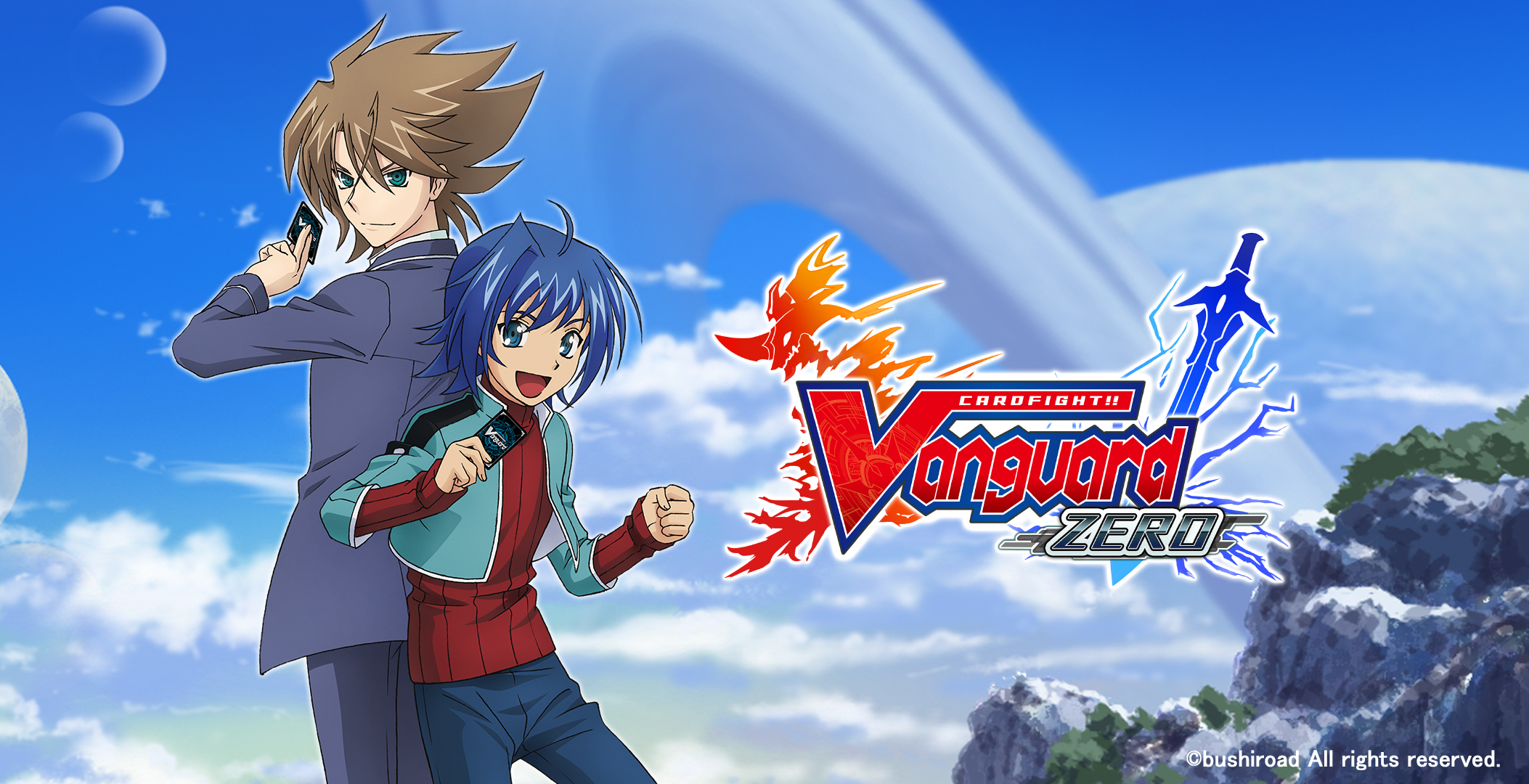 It’s time to look at a recent app that I downloaded. I’ve always enjoyed watching the Cardfight Vanguard show so I figured playing through an app game would be pretty fun too. It’s got a unique gameplay style that is different from Yugioh and I’ve never gotten to play it in action before. This was my chance to change that and the game is definitely a lot of fun. It’s also very challenging so you can rest assured that it will force you to become a better player as the levels go on. With an active user base and ongoing events there will be enough content to keep you entertained for the long haul.

As with most mobile games there are a ton of options that greet you on the menu. It can all be pretty overwhelming so the game wisely locks a lot of the options behind level ups so you experience them all gradually. You’ll likely be spending most of your time in the story of playing online battles. Aside from that you can also clear daily missions, fight practice battles, customize your deck, and buy more cards. While there are some paid options you can do the game is 100% free to play and you can do quite well without spending any money. It’s the kind of game where you can absolutely hold your own without spending a dime.

The story mode has 11 chapters which consist of around 50 rides. While you might think you can clear those right away, it will take a lot of time. Every 3-4 rides you have to go and do other tasks to unlock the next ones. These range from beating an opponent 5 times to fighting online for 3 battles. There are a lot of different tasks and it is the game’s way of making sure you try everything out. I could be a little annoyed at having to take a break from the story so often but I understand the logic. I don’t approve, but it is what it is and the rest of the modes are all fun as well which helps a lot.

The story mode covers the first season of the show although I expect as more and more levels are added it will eventually cover the entire series. It’s been pretty detailed at trying to grab almost every fight and the game actually plays whole anime scenes which is pretty cool. You don’t see a lot of mobile games do that so it was pretty nice. I made it through around half of the rides before doing this review and they’ve been fun.

I’ll quickly go over the gameplay but it’ll be difficult to go too in depth due to how many rules there are. First off you start with a hand of 5-6 cards and then each player rides a grade 0 Unit. As each turn passes you can ride a card with 1 grade higher until you get to the max of 3. (There are future cards that go higher but I doubt they’ll be added anytime soon) There are 3 columns and 2 rows which you can rill with monsters. Only the 3 monsters in the front row can attack and the one in the middle is your Vanguard. He gets a Drive Check which has the potential to strengthen your team, heal your damage, or do something else. The first player to get to 6 damage loses the match. The only way to deal damage is to attack your opponent’s vanguard with a monster stronger than his own. The attacking player has the advantages of having a support monster to boost attack as well as the drive check so attacking is quite easy.

You’ve also got a bunch of other mechanics like sentinels and intercepts so you’ll want to study a bit. There are a few rules that are simplified here compared to the actual show and I imagine it was to help balance the game as well as make it go quickly. Depending on how many rules were added each round could take forever. As it stands most duels aren’t very long although I can’t say that I’ve actually counted how long any of them took me. I imagine they may be around 10 minutes or so. The deck I went with was Kagero and it served me well. Ultimately the battle I ended up getting stuck on was Aichi on Hard mode. That guy’s pretty hard to deal with and he’s also got a permanent attack boost on all of his monsters which is a little suspect if you ask me.

As for the graphics, the game looks quite good. Aichi’s character model is the only one that looks unfinished but everything else is very polished and holds up quite well. The soundtrack is excellent with the full anime opening being the intro music. I definitely appreciated that nod and in general it’s all very high energy so you’re always right in the thick of the action. It makes every duel even more enjoyable and for a mobile game the key is making the game easy to pick up and play at a moment’s notice. This game achieves that because you’ve always got time for a quick duel. I think card games really excel in the card game format and this one is no exception.

Overall, Cardfight Vanguard Zero is a great game. You’ll have a lot of fun here and even if you’ve never played before you’ll be fine. The game gives very detailed tutorials and the online community will also be more than willing to help you out. There’s a good amount of support here and a lot to do. I’m definitely confident that you will be engaged for the long haul. Right now I’m pretty busy with Final Fantasy VII Remake but Zero was definitely a whole lot of fun and I look forward to seeing the game grow. As with most mobile games this is where my journey will end, but it was still a pretty fun experience.