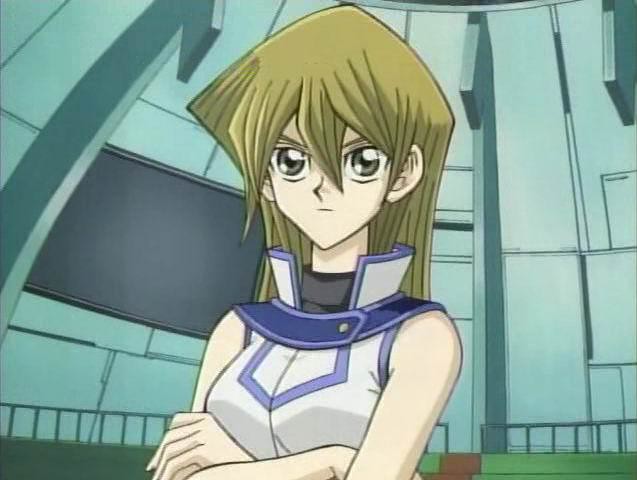 Suggested by Anonymous Chazz is a pretty skilled duelist. Despite being relegated to comic relief status he never stopped improving. That being said, he can’t hope to defeat Cell. Cell can destroy whole solar systems, what hope does Chazz have? Trading cards are no substitute for this kind of destructive power. It’s just too much. Cell wins. 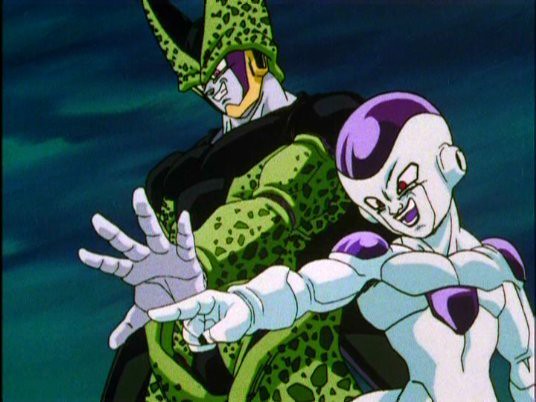 Suggested by Destroyer Golden Frieza has really helped the character achieve new heights. If you consider the fact that Frieza may be getting even stronger then this is quite scary for all of the other antagonists in the DBZ franchise. Cell did get to Super Saiyan 2 level, but compared to god mode and Super Saiyan Blue, it just isn’t enough nowadays. Frieza would be able to speed blitz him. Frieza wins.

Suggested by Anon Cell is back and it’s time for another easy win. Dracula may have some mild strength and speed enhancements, but they really won’t do him a whole lot of good here. Cell still outclasses him in every possible way. This fight will end up being very one sided since Cell can simply destroy the whole solar system. That’d be a nice and easy way of defeating Dracula without even putting himself at risk. Of course, how risky is any action when you can regenerate half your body being blown up? Cell wins.

Requested by Anon Frankenstein is a classic monster who was known for his super strength, but it isn’t very impressive when up against a DBZ fighter of Cell’s caliber. Cell could easily crush Frankenstein with a single blow. The difference in their abilities is simply far too great. Cell could beat him an infinite amount of different ways so his victory is inevitable. Cell wins.

Suggested by Anonymous Cell has returned, but this round won’t go very differently from his match against the Joker. Harley Quinn has a lot of trick weapons and her hand to hand skills aren’t bad, but what does it all matter against an opponent who can destroy the entire planet with a wave of his hand? Cell’s speed is also vastly superior to Harley Quinn’s, so she shouldn’t really be able to land a hit. Cell wins.

Suggested by Anonymous Cell is one of the stronger DBZ villains and he was the first one who could actually blow up an entire solar system. That sentence is all that you need to know in order to pick who will win this fight. Joker couldn’t survive the planet getting blown up, much less an entire solar system. He is completely outmatched and outgunned here so the fight will be over in an instant. Cell wins.

This is one of those games where you have to ask yourself…is more content always a good thing? I’m going to be honest, I’d like the game a lot more if it didn’t have the story mode that’s present in the game. It’s a shame that more modes can actually be bad for once and it’s a lose-lose situation since I’d be sad if there was none included as well. So I ask…does a bad story mode hurt the game enough for me to deduct a star or should it stay high?

The Budokai series is quite different from Tenkaichi in the sense that it is a 2D brawler. I always enjoy those although it’s safe to say that I still prefer Tenkaichi even though I’m going through a 2D fighting crisis right now. Tenkaichi just revolutionizes 3D gameplay and I never get tired or playing it. Budokai, on the other hand, feels a little limited at times. There’s only so much that you can do as your options are a little limited. It’s not as polished as something like Street Fighter, but the fundamentals are there and the controls are easy to grasp. The problem is that a lot of the game is locked out unless you complete tedious grinds.

For example…you start the game without signature characters like Vegeta and Frieza. I’m really curious to see how the character select screen looked at the beginning and I really should have checked when I had the chance. If you do not defeat them the right way in story mode, then you’ll continue to have to play the game without them and that can be a shame since there’s no way you’ll want to play Story Mode again. Just about everyone is unlocked through Story Mode or with the Dragon Balls, but the unlocks are not easy or quick. They take time.

Let’s go back to why Story Mode is no fun. You start on a Mario Party map and your goal will either be to make it to a location or defeat enemies multiple times. For a fighter like Frieza or Cell, you may have to win 3-4 times and then do that against some of the minions as well. Each turn feels like it takes a long time and you can imagine how sad it is to lose a level after going so far. It shouldn’t sound that bad in theory, but the fights really add up. Even the fact that the story takes a lot of new twists and turns cannot save the final product. You’ll end up just wishing that it was all over after a while. Without the unlockables at every corner I may not be as harsh on the Story Mode. As it is, it’s definitely one of the worst fighting game ones out there.

Aside from that you have other modes like Good ole multiplayer and Tournament Mode. Multiplayer is where you will spend the bulk of your time of course since fighting games like this one are best enjoyed with friends. That’s how it’s always been for the genre and it’s why nothing can beat a truly good fighting game. Tournament Mode should also be decently fun and you’ll earn some money out of it so you can buy some skills. Speaking of which…that’s another unlockable that is rather unnecessary.

Your characters actually don’t have their iconic attacks at first. Mind Blown right? It puts you at quite the disadvantage in Story Mode at times. Imagine playing Goku and being unable to use the Kamehameha. You can find the skills throughout the stages and get them at the shop, but locking a character’s moveset is unprecedented and certainly not in a good way. I really don’t know what they were thinking with this one and it’s a prime example of what I like to call “artificial replay value.”

The graphics are fairly solid. Goku’s voice acting is certainly great as he sounds a lot like Sonic. I feel like this started to change as the games got newer, but the retro ones still have this effect. The blasts are fun to watch and while more effort could have been put into the stages, they look good. The opening cinematic is also a blast and those always added an extra touch to the DBZ series. The soundtrack is a little more forgettable and I can’t actually recall any tunes at the moment, but I remember them being fairly good. Not every game can be the next Sonic right?

Budokai is a little on the old side and it shows, but this still did start the legendary franchise off right. If you like the gameplay here, then you should check out Shin Budokai. It’s a modernized version of this one and naturally it’s been greatly refined. Tenkaichi also came out due to this game so we owe it a lot. I also feel bad for the title since it didn’t ask to have such a terrible Story Mode. It just happened and the game ended up paying the price. We’ve asked the tough questions, but this DBZ title still beats some of the newer ones…sorta. It’s a closer fight than I’d like to admit.

Overall, This review may have been a little on the negative side, but this game is still a good one. When you take away all of the fluff, gameplay is still the most important feature in any game and that part is still done well here. Learning how to block and fight effectively is what will make you a true DBZ warrior. Part of why Story Mode was so difficult was because I didn’t know how to charge my Ki. I still have no idea how to do that even though it’s usually very easy to figure out. Still, the extra difficulty made everything a little more intense so that’s good. I definitely recommend getting this game, but don’t play the Story Mode as it will sour your experience. Despite this game being on the legendary Gamecube console, I actually prefer Budokai 3. The amount of in game lockable content is just too much. It would be good if you could unlock them naturally, but otherwise….I don’t think so. In closing, ignore everything about the game and just head straight to Vs. Mode. That’s the best way to have fun, but good luck with that since you won’t have Vegeta or a number of other cool characters. Maybe they could animate Story Mode and then take out the gameplay when they do a remake someday. That would be the best of both worlds.

Plasticman returns, but he’s up against a foe who was even able to defeat Goku in a fight. Plasticman has always wanted to help out the League in a big way, but securing the win here will be impossible. He’s just not in the same league as Cell and he can’t hope to escape either. This is the definition of a complete win and Cell’s road to success won’t falter here. Cell wins.

The Leader may be pretty smart, but that’s not going to help him against a foe as powerful as Cell. Cell can easily decimate planets in a single blow and the Leader can’t hope to match that kind of power. He has always been a thorn in the Hulk’s side with his tricks and plans, but nothing will give him a shot against Cell. This match will be over as soon as it starts. Cell wins.