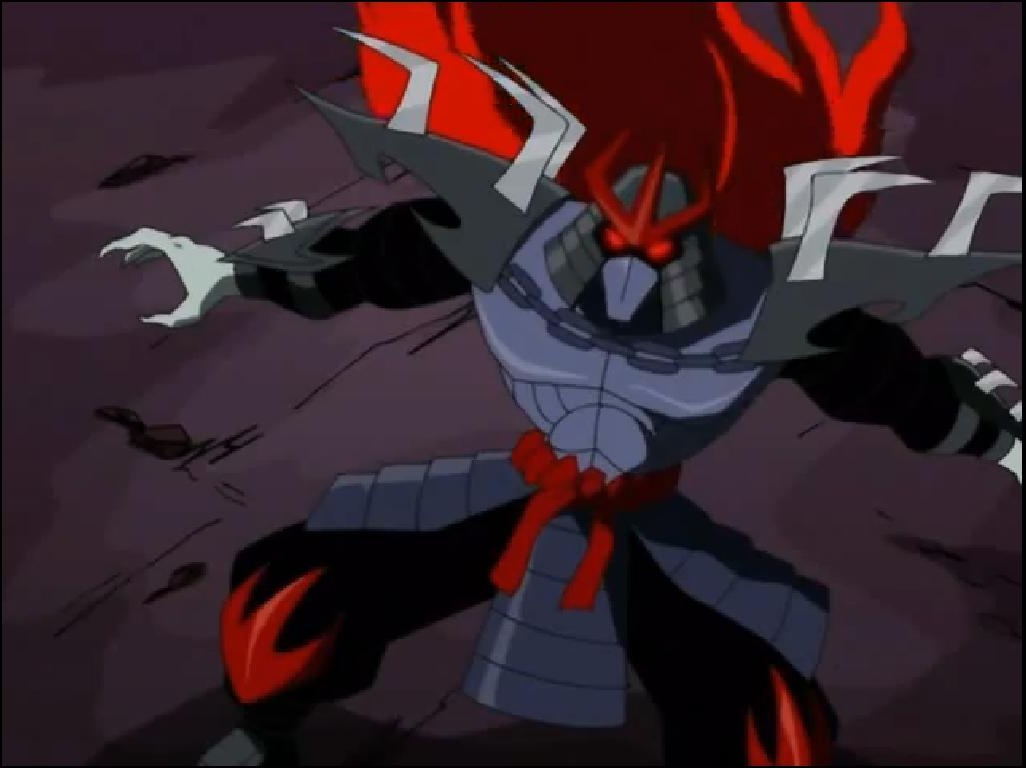 Suggested by Sonic Tengu Shredder is pretty tough and really gave the turtles a tough time when they did battle. However, it won’t be enough to take down this goblin. Norman has had a lot of different forms and armors over the years and they’ll give him the edge here. In his Iron Patriot armor he can blast at Tengu from afar or match him in power at close quarters. In his Ultimate form he has some mild regenerative abilities and a whole lot of super strength to back him up. In this battle of monstrous individuals I think Tengu is simply outmatched. Green Goblin wins.

Suggested by SuperDuperAwesomeGuy The Joker is a very strategic villain who knows how to defeat the opponent mentally before the fight even starts. That being said, he’ll have a very tough time against the Green Goblin since Norman is no stranger to mental battles as well. His Ultimate Goblin form will also ensure that he has the decisive edge in combat as well so Joker is really doomed here. Green Goblin wins.

Time for another classic Spider Man volume! You can never tire of these adventures and this was during the height of quality for the famous hero. As much as I liked Next Chapter, Mary Jane was pretty out of character and stopped being a likable character. That was reversed here although I believe this may have taken place before the earlier collection. Either way, it deals with the origin of Spider Man’s alternate costumes, which is always neat.

Things aren’t going well for Peter Parker because Norman Osborn has taken over the Daily Bugle. This spells trouble with a capital T. Norman has spread the Anti-Spider Man regime even more intently than J Jonah Jameson to the point where the hardened reporter does not get along with him. Norman has also threatened Jameson so this comes as no surprise. Spider-Man will have to be sure not to go outside all that much, but that’ll be difficult to pull off. When someone’s in danger, you can bet that Spider-Man will be on the case no matter what.

The art is big and bold in the classic style that it always fun to see during these Spider-Man issues. As with the Cosmic Spider-Man trade or the other recent ones that I’ve been reviewing, the art just works really well. It is also a clear signal that this is from the Prime Spider-Man comics where he was depicted just right. It’s hard to ever call something a perfect adaption, but this Peter Parker is about as close as we’ll get. Spider-Man’s not treated as a joke, but is seen as a capable hero just like any other. His sense of justice isn’t skewed or in doubt. Spider-Man just takes on the villains and never crosses any kinds of lines.

One of the main sagas involves the Punisher comic from the cover. Punisher has lost his memories yet again so he’s not sure what he is even doing at this point. He wants answers though and Spider-Man isn’t about to let anyone die from this quest. One thing leads to another and Punisher decides to help Spider-Man out, but it is really a one way road. Whenever Punisher shows up, Spider-Man just ends up tying him up or pushing him to the side. Spider-Man’s not really sure what is happening here, but he certainly doesn’t want to team up with anyone who uses guns so freely. He’s not really given a choice though as bounty hunters start showing up from the woodwork to take Spider-Man down.

Spider-Man can take these guys down no problem if it were all one on one fights, but they start wear him down as the collection continues. Bullseye comes into play and Norman’s son also goes missing. Of course, it could all just be a ruse, that’s not a risk that Peter Parker can take. This collection eventually sees the start of his costumed personas since going outside in his full gear starts to get a little dangerous. It’s a nice compromise since he is still out there saving lives instead of simply putting the costume on the shelf for a little while.

One problem with not reviewing this comic for so long (It’s probably been on the back burner for almost half a year at this point) is that it’s easy to start mixing up the plots a little. The Spider-Man comics have always been iconic for having numerous subplots scattered throughout the issues. When one plot ends, another 3 or more will pop up in its place and then those will interconnect to others along the way. As a result, I can’t say with full confidence whether or not these plots have started or even begun to wrap up in this one. Some that I recall (Probably) involve the Venom calls to Mary Jane, the Kingpin is starting to get back to power as well. I think Black Cat and her luck powers may be around, but that plot may have actually ended already. Well, you get the jist of it. There are dozens of players running around at this point so it’s tough for Spider-Man to even know which villain to focus on. Every time he turns around it seems like someone else is in danger.

One odd issue involved a crazy scientist kidnapping Spider-Man and forcing him into a fake virtual reality world until Spider-Man finally broke free and snapped the machine. For a while there you didn’t know if the whole thing was fake or not so it was a little intriguing although probably one of my least favorite issues. I don’t think we ever even find out how Spider-Man was kidnapped and that’s likely because it is all a little sketchy and hard to believe. One fun issue was seeing Spider-Man don the now famous paper bag over his head to fight a few comic relief villains. It just goes to show that even without a good costume Spider-Man can take down some villains.

Another stand alone story away from the main plot of being framed by Osborn has Spider-Man take on the combined forces of Sand Man and Hydro Man. Both of these villains can be very dangerous on their own so combined they make for a very good opponent. Their team work isn’t the best though so Spider-Man can exploit that. Another random issue has Spider-Man go up against the cosmic villain Blastaar. Spider-Man goes to town on him although it’s a fairly good fight. It’s another match up that I can’t picture going quite as smoothly in the newer comics. Even if it did, the art wouldn’t be quite as full and dynamic as it is here.

Two more stories involve fights against Mr. Hyde and Black Tarantula. Black Tarantula is a surprisingly powerful villain who actually gives Spider-Man a really good fight. I also like the design here and feel like it is much better than any other incarnation that I’ve seen of him. Mr. Hyde’s not quite as interesting and I don’t care for him as a villain. Still a decently fun issue, but I would prefer a different villain. I do hope to see more of the Black Tarantula in future Spider-Man collections though. That guy has a lot of potential.

Overall, This was a fun collection. I always enjoy seeing a comic have many plots at the forefront so you never know which plot the next issue will follow. The framing of Spider-Man was a complete success by Osborn here so Spider-Man is once again being driven into a corner. I suppose it wouldn’t be one of his series without that as it is practically a requirement of a Spidey title by now. I definitely recommend this to all Spider-Man fans out there. This era certainly has a lot of stories to pull from and hopefully they all get adapted into collections like this one someday. I feel like a lot of them are probably lost in the shuffle between collections. We need a “Marvel Masterworks” sort of series for these issues. A series for the titles that aren’t super new, but aren’t extremely old either. The 90’s and early 2000’s lose out a little in that respect. That’s why I’m glad that everything goes into trade so quickly nowadays. 50 years down the road, those will be extremely helpful for new comic readers. This review’s a bit short for a comic of this size, but hopefully I’ve still illustrated why this is a must read. It has good writing, solid art, and likable main characters. All of the issues are interesting as well with even the filler ones still making for good stand alone adventures.

Green Goblin has his Iron Patriot armor and it destroys Star Lord’s tech advantage. Star Lord has his gun at the ready, but it really won’t do anything against Green Goblin. Green Goblin can speedblitz Star Lord with his armor and he also has a superior degree of strength. It would appear that Star Lord is dropping to the 0-2 spot. Green Goblin wins.

Update! Star Lord got some extra power when he got a gem in a recent comic and he was even able to take Thanos down. I’m not sure if I agree with the outcome, but his extra powers definitely score him the win here. Star Lord wins.

Green Goblin has a lot of pumpkin bombs at the ready and he doesn’t have a big weakness. Galactus has some pretty solid attacks and he could end the planet. Green Goblin won’t be able to evade Galactus for long and he doesn’t really have any attacks that can damage him. Galactus rises up the ranks with this win. Galactus wins.

Lubba doesn’t have a chance, but at least he never gives up when the going gets tough. Lubba is a fighter and that’s definitely not going to change! One pumpkin bomb would likely defeat Lubba and if not, Green Goblin is a better hand to hand fighter. This is just the start for Green Goblin as he will be returning very soon. Green Goblin wins. 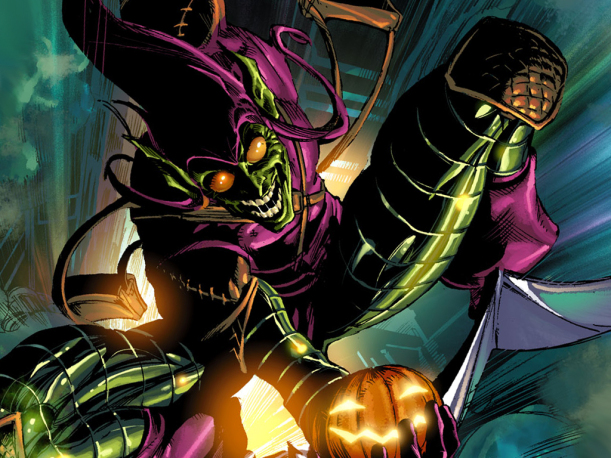 Destoroyah is a giant monster who tries to take down various opponents. With his intense strength and size, there aren’t many opponents who can keep up with him. Still, the Green Goblin has his good ole Iron Patriot armor and his physical power is pretty impressive. His speed may save him this time. Green Goblin wins.

Green Goblin has his glider and some pretty impressive power as well! Still, I don’t think it will be enough to take down someone as powerful as Piccolo! Piccolo has taken on guys like Frieza and Cell in the past! I’d say that he knows the score at this point. Piccolo wins.

The Green Goblin is a tough opponent. In his Iron Patriot armor he has an impressive arsenal and a lot of speed. Of course Thor’s no stranger to power and his speed is other worldly. Green Goblin’s pumpkin bombs won’t be doing any damage to Thor and his armor form just can’t win. Thor wins.