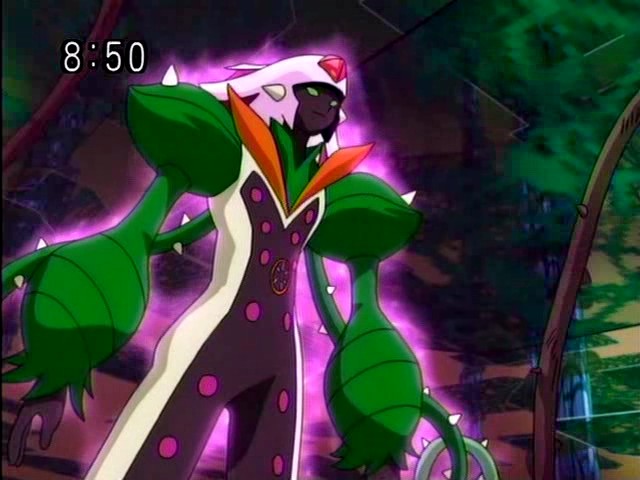 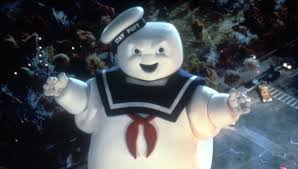 Suggested by Sonic The Marshmallow Man is definitely someone that you could quickly learn to fear because of how scary and formidable he is. The guy just doesn’t back down and he’s got the size advantage on Vineman. It won’t be enough to overcome Vineman’s darkness though and his thorn abilities would quickly eat away at this giant’s defense. Vineman is also quick enough to dodge all of this guy’s attacks so he’ll get a comfortable win. Vineman wins.

Suggested by Destroyer It’s time for a fight of Titans. While the Marshmallow Man is huge in terms of size, Frosty is huge as an icon. He is a jolly guy who has some reasonable durability until it gets warmer outside. Still, I think his charm won’t be enough to save him in this round. A single hit would likely shatter the poor guy. I don’t see how he would be able to dodge any attacks so that’s why I think he is basically doomed in this round. Marshmallow Man wins.

Suggested by Destroyer The Marshmallow Man is pretty underrated in the giant monster community. He has a pretty good amount of attack power at his disposal and his size isn’t half bad either. Fighting him is futile for good old Jigsaw Jones as he doesn’t even have a chance of winning. It’s unfortunate, but I’m afraid it’s the truth. Marshmallow Man wins.

It’s time for a real classic in the form of Ghostbusters. This is one of those films that just about everyone has heard of and for good reason. It’s one of those 80’s films that had the right mix of intensity and comedy. It was about as good as I had hoped although some of the jokes go a little too far. If not for that, this is an easy 7 and maybe even a 8, but hey…we wouldn’t want this review to be too easy right?

There are three Ghostbusters and they make it their business to deal with all supernatural foes…for a price of course. The city of New York typically doesn’t need their help, but ghosts have been appearing more and more as the days go by. The heroes hadn’t gotten any calls at one point and now they were quickly becoming celebrities. One of the members begins to suspect that something is going to happen considering these circumstances, but the heroes don’t do anything about it. Will this be the cause of their downfall or will the Ghostbusters just vanquish whatever ends up appearing?

Ghostbusters is definitely a pretty fun film and it’s a memorable one. The main theme is iconic and it will likely still be remembered 20 years from now. It’s very catchy and while you can tell that it’s an 80’s song, that doesn’t stop it from appealing to today’s crowd. The actual theme is the main reason why I enjoy it and I could probably do with or without the lyrics. There aren’t many other themes to be found here or at least ones that I recall, but the main theme is the important one anyway.

Stay Puft, The Marshmallow Man, definitely deserves some credit here. He’s one of the most iconic villains from the 80’s and it’s easy to see why. He makes for a pretty incredible final boss. He may actually remind you of Pac Man for a while there since he’s always grinning and looking like he’s having a blast as he devastates the city. He glares at the heroes towards the end and you can tell that they’re finally feeling the fear, but they try to hold it together. I don’t see how the sequel will be able to top such a villain, but it’ll be interesting to see them try.

The CGI for the effects definitely looks dated, but it works in a comedy like this one. It’s mostly evident in the scenes with the Gargoyle running around the hotel and outside. If that happened in real life, you could definitely imagine everyone having a similar reaction to seeing such a stiff monster as in the film. These guys made business and they may not have looked realistic, but that may have made them even cooler. You weren’t about to mix them up with a real monster here, they were definitely here from the ghost world.

The weak point of the film is definitely that some of the jokes can be suggestive and unnecessary. An example of this is a ghost who hits on one of the main characters at one point and the fact that the two main ghosts have to make out to activate the final gate of oblivion. The rushed romance at the end is also not something that we needed since falling for someone just doesn’t happen that quickly. None of the scenes are downright terrible (Although they are pretty bad) but they add up and keep the film from achieving its ultimate potential to be one of the best 80’s films of all time. When you think of how the plot wrecked so many parts of the movie, it can be pretty sad. As it stands, I don’t know where it ranks, but still pretty high I’d presume.

Egon is definitely the best member from the Ghostbusters. He’s very smart and he’s a pretty serious figure. He never falls into the romance trap and he eats Cheese It when he feels like it. I was glad that they included the Cheese It in the film since it is still the best non sugar snack out there. There’s no reason not to like Egon and he’s the heart of the team.

Ray gets the least amount of character development from the main three and he’s a good character for the most part. He does have the dicey ghost scene though and he just doesn’t contribute all that much to the big battle against the ghosts. The team gets a new recruit at one point to help out and he seems like a decent character, although he’s not incredibly loyal. Winston is his name and he’s new at the game. Since he doesn’t know a whole lot about what goes on in the organization, he gets the nickel tour which is useful for the viewers. He seems like a nice guy and I guess we’ll see if he’s able to keep up with the others or not as the films go on.

Peter is the main character and he’s definitely all over the place. He’s typically a great character as he takes nothing serious and does whatever he wants whenever he wants to do it. He’s direct and brimming with confidence as he takes shots at all of the politicians who are around. That being said, he suffers from the romance angle as he lets the possessed heroine mess with him a little before he stops her and he’s constantly flirting with her right from the start. He never acts professionally, but it’s typically in a humorous way. I couldn’t approve of the romance and that hurts his character. Still, he does have the best acting here and his character as a whole is good. He’s just flawed like Gourry.

Dana doesn’t look great for many of the same reasons as Peter. She decides to accept Peter’s proposal for a date even though she didn’t seem interested at first. I don’t see how he could wear her down so quickly. She also got possessed pretty quickly which suggests a lack of willpower. At least she was polite enough to say that she would stop by the party on her floor when she got back. That’s good since the party actually looked like it would be a lot of fun. Considering that she noticed the supernatural occurrences in her apartment at the beginning, she didn’t seem too convinced in the possibility that supernatural forces were at work. The heroes definitely didn’t seem professional, but she should have given them more of a chance. She’s not a bad heroine, but she could have been better.

I do have to admit that Dana had one of the only jump moments in the film. It didn’t literally make anyone jump, but it was still something to think about. She was sitting in the chair when some hands suddenly reached out and pulled her into a portal. I did not see that coming and it was surprisingly serious for such a comedy. The ghosts also mean business so there are a few fight scenes. The main characters are mostly on the losing end as the fight goes on, but they get their second wind by the end. The big villain seems to be an all powerful being yet a quick blast was enough to take her down. That seems accurate as far as I am concerned.

The main characters’ weapons appear to be pretty useful. They’re like the laser weapons in Star Trek as you can set them to full power or to capture. When they’re in full power mode they are able to destroy overwhelmingly powerful ghosts and on capture mode they’re pretty harmless. It’s all in how you use it and I’m glad that it does have a full power mode. Its initial showing against the green ghost was not impressive to say the least.

The film is very long, but it never feels drawn out. From the scenic backgrounds to the good dialogue, this is really a complete film. It’s the kind of film that just wouldn’t work nowadays. There are good comedies now of course, but you can never perfectly recreate a film from these days. You can always yell that a good 80’s film is an 80’s film and a 2000’s homage to it will still feel more modern. It can be just as good, but in a 2000’s way. Times have changed and so have media. Each decade has its own greats and the Ghost Busters will always be an icon of the 80’s.

Overall, Ghostbusters is a pretty fun film to check out. The dialogue is pretty witty and the main characters are pretty likable. Peter definitely has his moments where he stops being likable so he’s a mixed bag, but the cast is definitely a good one. There are definitely more suggestive material included than is necessary, which drags it down a few notches. I recommend this to anyone who’s looking for a good time as it’s just a lot of fun. It’ll remind you of the happier days of Hollywood and who doesn’t like a good ghost fight right? I haven’t seen the sequel yet, but it’s going to have a tough time beating this one.

The Marshmallow Man is back and this time he’s up against good ole Godzilla! Godzilla is the King of the Monsters and with his incredible size and power it would be surprising if The Marshmallow Man could get in any decent shots. Godzilla takes this win all the way home! Godzilla wins.

The Marshmallow Man is back and I dare say that he’s back to pwn! Still, he can’t really beat Zilla. Zilla’s just too fast and his powers are pretty impressive! With a single chomp, he can do some pretty intense damage! Yeah..beating him is something that’s tough to do. Zilla wins.

Marshmallow Man is here in his blog debut. Of course he has to be broken in by the blog’s top fighter. Bass, The Terror of the Universe! Marshmallow Man may be big, but one Earth Breaker and it’s all over for him. Marshmallow Man just didn’t have what it takes to win this match. He loses his debut match, but maybe he’ll be back. Bass wins.