Train is back and now he’s up against the video game legend, Kirito! Both of these fighters are pretty good at video games although Kirito holds the massive edge in that category. They’re both equipped to fight in close quarter combat situations, but Train has the edge from afar. His Railgun will be tough for Kirito to dodge even if the latter has some impressive reaction time feats. Kirito will ultimately suffer another loss here and his record is fading fast. Let’s see if he can pull out a win in his next fight! Train wins.

Natsu is back and his intense fire abilities guarantee that he will put up an excellent fight! Train’s gun is virtually unbreakable and his Railgun should deal a lot of damage. Natsu’s speed is great, but he will have to let up eventually and one hit from the Railgun is all that Train would need. Keep in mind that Train is a high above of course. This would be a fun long range battle. Train wins.

Losing 5 rounds in a row can be dicey and it’ll be tough for Caster to bounce back from this. This is likely his last round for a while since it’ll be time to target someone else, but at least he is now a permanent resident of the blog. Train has also reached the elusive 50 wins achievement and that is no small feat. One Railgun will put Caster in his place. Train wins.

Kiritsugu is here to face a character who is really a glimpse of what he could have been. Both of them started out as assassins, but Train is really the only one who changed into a hero and stayed that way. Even as an assassin Train always kept his morals. Train is the better gunfighter and this should be reasonably easy for him. Train wins.

Update 8 7 2020 Kiritsugu has his Saber at the ready. Kiritsugu wins. 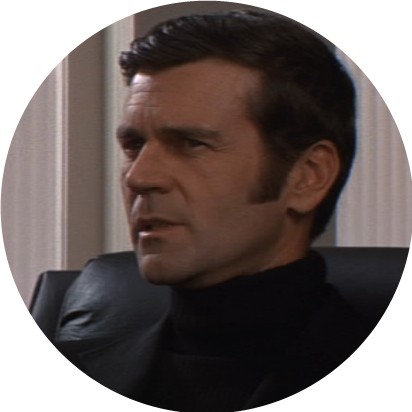 Train is a master with a gun and Governor Breck just doesn’t stand a chance against him. Train is a lot faster than Governor Breck and he has more battle experience as well. Once he charges up the Railgun, it’s over for the Governor. Governor Breck will likely be back pretty soon so we’ll see if he has better luck in his future matches. Train wins.

John Brent is no match for Train. Train never misses his shots and he’s one of the best assassins to ever fight on the blog. He’s deadly and his speed is just one of Train’s many good abilities. Few can hope to keep up with his array of gadgets either and bullets are too slow to hit the Black Cat. John is definitely doomed this time. Train wins.

Axel has his fire weapons at the ready and he’s a pretty tough member of The Organization. That being said, Train was a member of the Chronos numbers and he’s one of the strongest combatants out there. Train’s excellent at long range with his nearly indestructible hand gun and he’s also lethal at close range with his excellent hand to hand techniques. I’m afraid that Axel will have to lose this round! Train wins.

This is a tribute to the first Lord of The Rings film. Frodo definitely wasn’t a character that you could look up too in the long run. He was hard to root for and he’s definitely no Train. Train is an expert shot and one good hit will be enough to take Frodo down in an instant. Frodo has no defense against his attacks. Train wins.

This is a tribute to The Lone Ranger! The Lone Ranger is basically a human that can’t really fight and he just doesn’t have enough skills to defeat Train. Train is an expert gunmen and his abilities are just a lot greater than one would suspect at first. The Lone Ranger won’t be able to stand up against such a fighter and will ultimately be defeated. Train wins.

Takun has fought some pretty tough fighters and he has lost each time. His personality is about as endearing as an old hamburger and his fighting skills are not enough to win the battles that matter. Train is experienced and his lethal skills will be the end of Takun. Train wins.