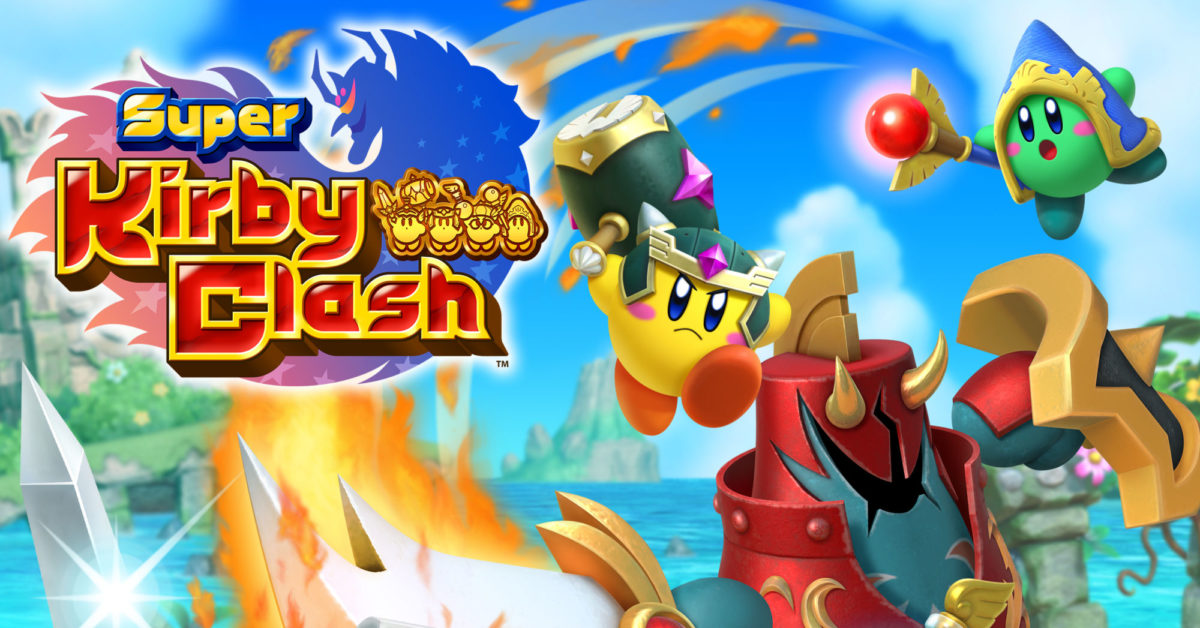 I certainly wasn’t expecting a new Kirby game to drop during the direct but here we are. Super Kirby Clash may not be brand new as it is effectively the 3DS game with some changes but as I had not played that one it is a fresh experience for me and I was quite impressed. The game really nails the fundamentals and it is addicting as all mobile-esque games should be. This one’s a keeper and you could even mistake it for a main line Kirby title.

The basic plot of the game is that a hooded villain is causing chaos across all the lands. Villains from Kirby’s past are appearing multiple times around the world and they mean business. Fortunately, Kirby will be able to team up with alternate versions of himself from across the multiverse. Perhaps there is still a chance to stop the wave of darkness.

The game is effectively a boss rush with some of the usual Kirby mechanics. There are four character roles to choose from which are Doctor, Sword, Hammer, and Mage. Don’t worry about changing your mind because you can switch roles at any time. I would recommend not doing so for a while though because each role has different equipment. If you switch roles then you’ll be stuck with starter equipment unless you go buy some. The problem is that the currency can be a little scarce which I’ll go into more in a minute. I personally recommend the mage the most. His charge attack stops time for an instant each time you use it and once the circle is complete then time will stop for a little while. It’s an incredibly useful ability particularly if you are aiming for platinum ranks. The downside of course is that it’s a little weaker than the others but I think it’s worth the trade off. The Doctor role is my least favorite one because I feel like it’s hard to go on the offensive. Of course I’m always happy to see one on my team though.

I feel like my gameplay paragraph focused more on the roles than how the game actually works, but if you know the other Kirby games then it will all be old hat. You can jump and float and you can use a few different attacks. Some roles have a barrier that they can activate as well. If one of your teammates goes down then you have the ability to revive them. Each boss will give you 2 status updates as you fight them. The first message will say that they’re furious which is how you know that you are halfway through the fight. They become invincible for a moment so this is a good time to charge your attack. Then near the very end of the fight a message will say that the boss is almost defeated. At that point victory is basically assured. The only thing that can possibly stop you then is time. If time runs out on a stage then you are able to revive everyone by spending 3 apples. If you’re close then this is probably worth it. If you’re online then you should wait until the timer is near the end because most likely one of the other guys will use their apples and you can save yours.

The graphics are top rate which is something I have noticed a lot with these free titles. I’m not going to say that they look better than the paid ones, but there is a surprising amount of effort behind them which I think is definitely pretty awesome. You certainly will not be disappointed here. Then you’ve got the soundtrack which may not be quite as expansive as the main games, but is still quite good in its own right. On a technical level the game is as solid as you could hope for it to be.

Now lets talk about the freemium aspect of the game. Naturally Nintendo has to make money somehow and one of those ways is through the apples. When you play the game you get around 15 apples for logging in each day. The apple tree replenishes every 12 hours with 10 new apples. If you may money you can expand that up to 2000 apples every 12 hours for 40 bucks or even more if you pay the top limit. I didn’t spend a dime on the game and still completed it so it’s fairly reasonable as is. 15 apples may not sound like a lot, but there are 900 missions in the game and every time you complete one you get some free apples. Then Nintendo does events to give you apples like the recent Tetris one and some online passwords. You won’t be beating the game quite as quickly without playing, but you’ll get there. It’s a pretty good way to get people to pay money and my motto has always been as long as it isn’t mandatory I’m pretty okay with it. It isn’t as tight a squeeze as other titles.

The main campaign took me quite a few hours so there is a lot of content here. In terms of post game content you can work on finishing up the rest of the 900 missions which definitely won’t be easy. Leveling up is key here as your stats really rocket up once you’re in the final stages. I beat the game at around 40 so I still had a ways to go. Leveling up takes a little longer than you would expect although using the EXP orbs speeds things up a lot. It doubles the EXP you get for each battle which can allow you to even get a full level up after one fight. It costs a lot of apples but long-term I think it’ll save you some time. Of course you always want to buy the current weapons to stay on top of the game. I would typically do it in 2s. (I’d buy the grade 1 weapon, then 3, then 5, etc. If you buy each time they’re available you won’t have enough apples to finish the game. Keep in mind that you unlock levels by using apples as well so you always want to have some on hand. The game has an energy meter so you can’t really play for too long in a row but each level up restores the meter which usually ends up evening things out.

I’d say that the best way to level up is to jump online. Not only do online matches give you 1.2X EXP per match but you can jump into stages above your grade and let your teammates carry you. I don’t think it’s good to go too far above your weight class since having dead weight on the team is a bit selfish, but a few levels over isn’t bad. For example I jumped into a level 47 fight at level 30 multiple times and held my own pretty well. You’re still contributing but the EXP gains are massive. The only downside here is that sometimes there will be some pretty bad lag. Fortunately as you level up and tackle higher levels you typically won’t get as much lag. It seems to mainly be prevalent in the opening levels. It is annoying when you have an EXP orb and you lose valuable time when someone rage quits, but the online could be a lot worse.

There are some quality of life updates I’d like to see like being able to leave a room, but I guess this does prevent people from messing everyone over by leaving. I haven’t really seen another game do this so it’s different. I suppose I should give it a chance so lets not say that this is a “mistake” but something that certainly could be improved a little bit.

Overall, Super Kirby Clash is just a really great game. It’s telling that even after I completed the game I was tempted to keep on going. It’s the kind of title where I can’t imagine why Nintendo didn’t release it on mobile. It would work so perfectly and I could definitely see people doing crossplatform play with the Switch sort of like Fortnite. There’s a lot of potential here and if Nintendo keeps making games like this they’re really going to elevate the free to play market. If you haven’t played this game yet then I recommend changing that. The beginning may be a little tricky since you’ll be so underleveled, but keep on going and soon you’ll be the one carrying the party.