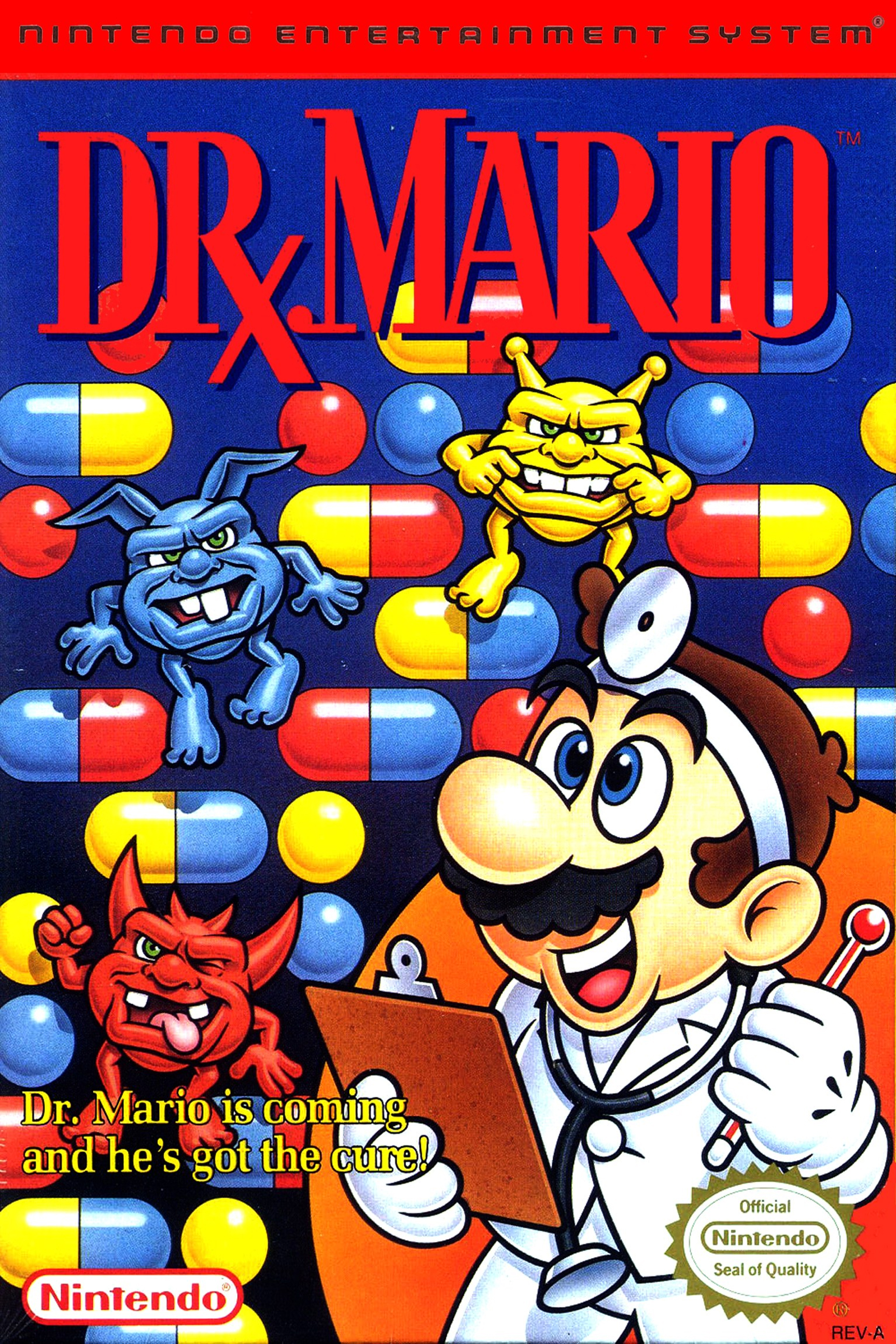 It’s time to look at the original Dr Mario game. This title was actually pretty iconic back in the day as we got many more Dr Mairo games afterwards. Just look at that mobile title we’re getting soon. Dr Mario is one of those games that is very accessible and just a lot of fun to play. Of course, this one is a lot more limited than the newer ones as there was only so much you could do back then but the concept was sound so I definitely recommend checking this game out.

There is only one mode here of course and that’s the normal destroy all viruses to win mode. There are 20 different levels which determines how fast the board moves and how many viruses are on the screen. I definitely recommend starting with level 1 while you get the hang of the game. I was able to make it to about level 8 and then at that point the viruses overwhelmed me. You can also skip to level 20 to quickly see what it’s like. You’ll certainly feel overwhelmed before long though. It’s just hard to make matches in time before the blocks hit the ceiling. The game is also smart as when you pause the game the screen vanishes so you can’t cheese it out by constantly pausing. It’s one of those things where it seems obvious, but it’s still important that the developers realized this in time.

In the settings you can switch up the speed which is pretty nice. Unlike the Yoshi game you can’t switch the soundtrack though so that part’s a little different. It’s a more complete game than Yoshi, at least as far as content is concerned. The graphics aren’t quite as impressive though. Still, there is less to look at just due to how Dr Mario is set up so in a way this definitely does make sense. It’s not as if it looks bad. The music isn’t quite as good as the Yoshi game either but it is nostalgic to hear the Dr Mario theme.

As for the gameplay, you may already know it, but I’ll mention how it works just in case. You have to clear the board of viruses. Each virus is a specific color like the blocks that are falling onto the screen. To remove a virus you have to match it with 3 other blocks of the same color. Likewise you will do that to get rid of the extra blocks as well. It’s a simple concept, but executing this will get tougher and tougher with each level. By the end of the levels you will need to be doing all of this on instinct without actually thinking about your moves much. If you stop to think about them then you will truly be doomed. You’ll definitely get better at the game the more you play it though. Who knows, play it long enough and these latter levels may even feel easy.

There’s a lot of replay value here. That’s because the levels are quick and fast paced. It’s easy to jump right in and pick up where you left off. The challenge always feels pretty fair without being too lenient. I’d like to see a modern take on this for consoles. I know we have the mobile game coming up, but it’d be fun to see what the game would look like with massive graphics and a cool new soundtrack or something. Maybe someday.

Overall, Dr Mario is a fun game. It’s really got everything you could want in a Connect 4 type game from back in the day. It also reminds you how influential Tetris was as everyone tried to copy it back in the day. Dr. Mario was one of the successful ones and manages to still differentiate itself. He even got himself a playable spot in Super Smash Bros Melee which is no small feat. If you have never tried this game before then you’re missing out and need to change that ASAP.