Suggested by Destroyer Jason has super strength and regeneration but I don’t think he is fast enough to take Elsa down here. Her ice abilities will completely overwhelm him right from the jump. He can break out of a little ice but not the sheer amount that she will engulf him with. His lack of speed will prove to be absolutely fatal in this matchup and he desperately needed better long range options. Elsa wins.

Suggested by Franklin Elsa has returned but will she be able to defeat Cthulhu? It’s a tough call because her ice attacks are formidable but I’m wondering how powerful they would be against a monster like this. The critical part is if she could keep him frozen and if she could keep up her ice attacks long enough. I have my doubts but she has had some good showings in the past. Meanwhile Cthulhu has had some poor showings holding him back vs his good ones. This is one I could easily see going back and forth but ultimately I believe Cthulhu would win more times than not. Cthulhu wins.

Suggested by Kaiju115 Elsa has grown more accustomed to using her abilities and did a fair job of stopping her attackers considering that she had no prior training. That being said, Mr Freeze is very experienced with his freeze gun and would have a tactical advantage over Elsa. A Frozen sequel could potentially change things as a mild power up is all that Elsa would need, but at the moment she simply isn’t ready to handle such a veteran. Mr Freeze wins.

This is a tribute to the Frozen special which takes place after the movie. Elsa proves once again that she is a very heroic character who will help others out even if she isn’t feeling well at the moment. Ned Ryerson is a likable character in his own right from Groundhog Day and he really stole the show, but it’s not enough to win this round. His nickname may be Needlenose Ned, but that doesn’t mean that he will be able to pierce through Elsa’s ice abilities. Elsa wins. 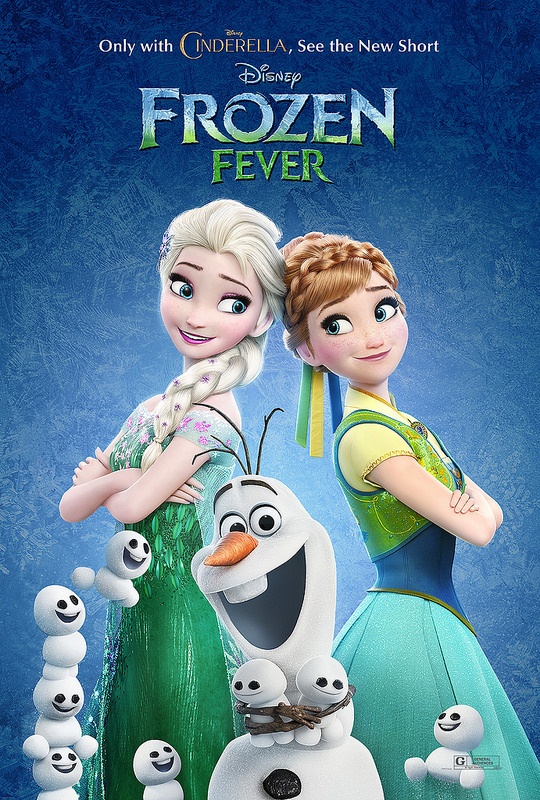 Frozen was definitely a fun film to watch. It really got extremely popular for a while there and I thought that it lived up to the hype. While a complete sequel would be nice to have someday, a 5-10 minute adventure is a nice sequel to have until then. There’s not a whole lot that you can do in that time, but the short does at least have a plot and while the animation isn’t quite as sharp as the film, you could picture this being a bonus scene in the special features or something like that.

It is Anna’s Birthday so Elsa wants to make the day go perfectly. She sets up a large party area with cake, ice statues, and a lot of festivities. Then she also hides presents all around town so Anna can find them as they sing a song. It’s all going well at first, but then Elsa gets a fever and begins creating tiny snowmen that want to wreck the party. Can these little guys be stopped or is the party doomed to fail?

Naturally, Anna cares more about Elsa’s health than celebrating too much. You can see where the special is going with this from the get go of course, but it’s not meant to be a deep plot anyway. It’s a fun little adventure and the only thing that will make you wince is that Olaf wrecked the Birthday cake by basically putting dirt on it. Not a cool move if you ask me, but at least the main characters had soup instead. Elsa did a good job of setting up the party and she’s still the best Frozen character. She’s also the only one to have powers though so I suppose that makes it a little easy for her. Her powers are so useful and great for just about any scenario. I do think that she should be immune to colds and fevers with those ice abilities of hers, but maybe she just hasn’t learned how to fully harness her abilities yet. That will come with time.

As mentioned earlier, the animation is good, but it’s not quite as sharp as the film. The main character that stands out is Elsa herself. She is sick in the film so she shouldn’t look like she’s at 100%, but even so, she just looked super tired right from the start. The dark rings under her eyes are really large as if she hasn’t slept in ages. It was mildly distracting and I don’t feel as if it was completely intentional, but maybe it was. The main song is fairly good. It’s no Let It Go of course, but few songs are. It works well within the context of the special.

Overall, there’s not a whole lot more to say about this one. If you liked the Frozen movie then I definitely recommend seeing this short since it is one of the only ways to see your favorite characters again. Even if you haven’t seen Frozen, you will probably still enjoy the short. There’s nothing to really dislike and it is not as if you will lose a lot of time watching it. A few minutes will hardly make a big difference in the grand scheme of things and in the end you will be glad that you got to watch it. For a little short, Disney put a good amount of budget behind this.

Are you familiar with the chant “We Like Ike!?” Well, it’s a pretty epic one that plays whenever Ike is doing well in Super Smash Bros. That’s why you will hear it pretty often as his punishing fire attacks will really take Elsa down a few pegs. Elsa has some good ice magic at her disposal, but I’ve always believed that a good fire attack can easily overpower a good ice blast. Fire is still the strongest element out there and I don’t see that changing anytime soon. It’s simply too awesome! Ike wins.

Elsa is back, but she’s up against a guy who can easily break whole planets. I don’t see how Elsa can pull a win here and she loses yet again. With great popularity also comes a great amount of enemies so it is not surprising that Elsa has been in many tough matchups. We shall have to see if the sequel helps to elevate her through the blog ranks or if it will merely delay the inevitable. Asura wins.

Elsa has had a tough time in her last matches and that won’t change here as she goes up against the powerful Dormammu. Dormammu is a tough fighter who doesn’t go down easily. His incredible size and strength is matched only by his raw power. Elsa’s ice abilities wouldn’t last long against such a foe and she must take yet another defeat. Dormammu wins.

Elsa is up against another fire villain and that means that she will have to obtain another loss. Surtur is simply too powerful at this point and while Elsa may be a cool character, (Literally) she doesn’t have the feats needed to defeat Surtur. Surtur has gotten a win just in time for Thor 3 and he may have some for some more before the film comes out. Surtur wins.

Elsa is a powerful ice user, but ice is not the best attribute against Mephisto. Mephisto also has much more battle experience under his belt, which gives him a pretty decent edge. Elsa may grow stronger in the Frozen sequel coming up, but at this point, I don’t see her being able to take Mephisto down for the count. The demon lord is simply too powerful. Mephisto wins.