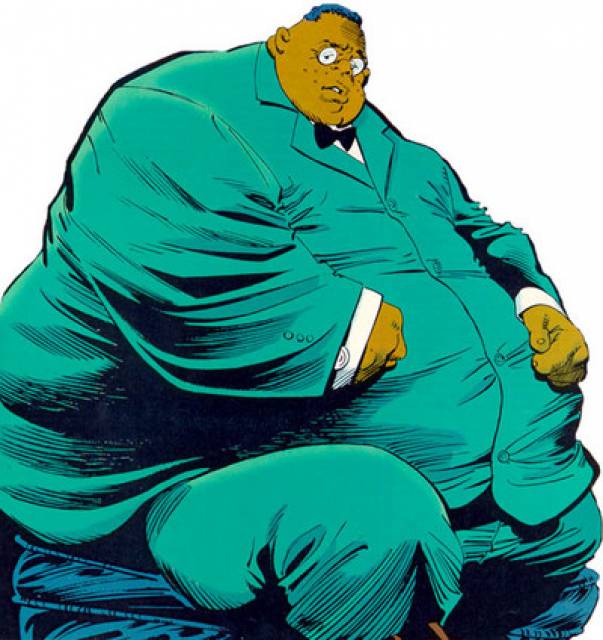 Suggested by Destroyer Feels like the Chunk has taken a beating today, but his fans will be happy to know that this is his final match of the day. The guy may not be all that strong or skilled, but he does try pretty hard. Gregar will wipe him off the map almost instantly, but I think I speak for everyone when I say that the important thing is that Chunk tried his best. He never gave up even if the losses kept going. Meanwhile Gregar continues to dominate. Gregar wins.

Suggested by Destroyer Howard is back, but now he’s up against Gregar. Gregar isn’t the most popular of Battle Network villains since the Beast anime didn’t come to America, but this guy is a monster. A single attack would wipe Howard off the map. Howard’s bullets likely wouldn’t be able to even pierce Gregar. We could try to make the case that Howard would dodge for a while, but the guy isn’t all that fast and Gregar’s attacks simply cover too large of a range. Gregar wins.

Gregar is back once again and now he’s up against the Yeti. The Yeti may seem like a pretty cool guy, but in the end will it be enough to take down Gregar? Gregar is a giant monster and he always manages to put up a good fight. He also knows how to win a lot of matches. Gregar wins.

Bigfoot likes to travel through trees and woodwork to save the day…if he’s even a good guy! A lot of people claim to have seen him..I have my doubts. Either way, I doubt that Bigfoot would last long against a really powerful being like Gregar. Gregar just can’t be stopped so easily. Gregar wins.

Megaman is back, but this could be his final fight for a while! Gregar is a tough beast, but while he’s huge and powerful he lacks speed. Megaman has speed in spades and could exploit that weakness. Gregar just won’t be able to defeat such a powerful opponent. Megaman’s one of the strongest in all of media after all! Megaman wins.

Gregar has his raw power. With it he can take down many opponents with ease. Of course Falzar has an overwhelming speed advantage which helps him take this match. Gregar is powerful, but it’s like pitting Godzilla against Rodan! Speed trumps power nearly all of the time. Falzar rises up the blog. Falzar wins.

Hammer Head is back. His gun skills should be noted, but they won’t do anything in this match. Gregar has abilities that are just too powerful. He can destroy whole planets with a single blast! His power is off the charts! Hammer Head drops in the rankings, but he won’t be missed. Gregar wins.

Bass is the ultimate net navi. He cannot lose. I have yet to see anyone who could flat out beat him. If there was such a person it would be a very close match. Gregar is not one of those people. Bass can flat out beat him. Bass wins.