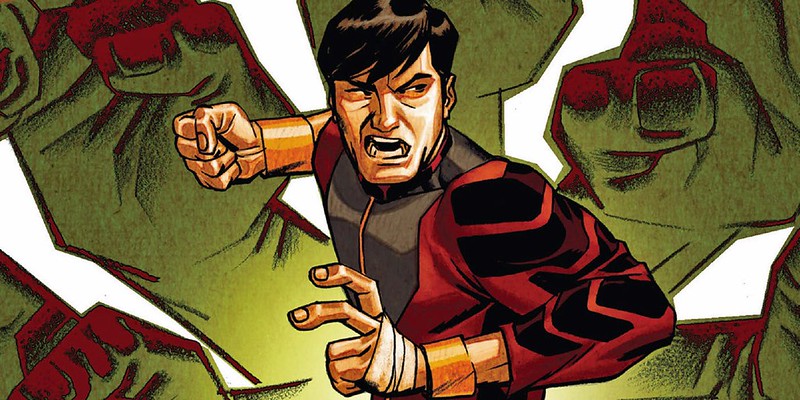 Suggested by Destroyer Shang Chi is one of the greatest hand to hand fighters in all of Marvel. With a single karate chop he can scare even the toughest of men. Fortunately for the Chunk he isn’t someone who scares very easily at all. I think he’ll stand strong throughout the fight, but will ultimately fail. Shang Chi is just that skilled and Chunk won’t be able to survive too many hits from this guy. Shang Chi wins.

I would have assumed that Iron Fist was naturally a better hand to hand fighter than Shang Chi, but after researching the battle…it appears that Shang Chi is superior in a fist fight. Iron Fist has acknowledged his superiority and the feats do not lie. That being said, Iron Fist has improved a lot since their last battle and I believe that he would be able to win the battle. His mastery over his energy fist will give him an edge and as we saw in AVX….it packs quite a punch! Iron fist wins.

Shang Chi is back once again and he’s up against Wolverine! That’s a pretty tricky match up for any hero and Shang Chi won’t be able to overcome such an opponent. Wolverine definitely has the clear advantage in this battle and he’s not about to lose this round. His healing factor is very potent and is can rarely be overcome. Wolverine wins.

Shang Chi is back and he’s a pretty solid hand to hand fighter, but the Thing is just too powerful. One good punch would probably take Shang Chi down for the count and the Thing can definitely take a lot of punishment. Shang Chi can weaken him through his attacks, but the blows just won’t be enough to stop him for long. Thing wins.

Shang Chi is tougher than one may expect, but he still doesn’t have the abilities needed to defeat Spiderman. Spiderman is physically stronger than Shang Chi and he’s also more skilled. Shang Chi doesn’t have the proportional strength of a spider after all and he’s not quite as experienced. He won’t be able to win this round! Spiderman wins.