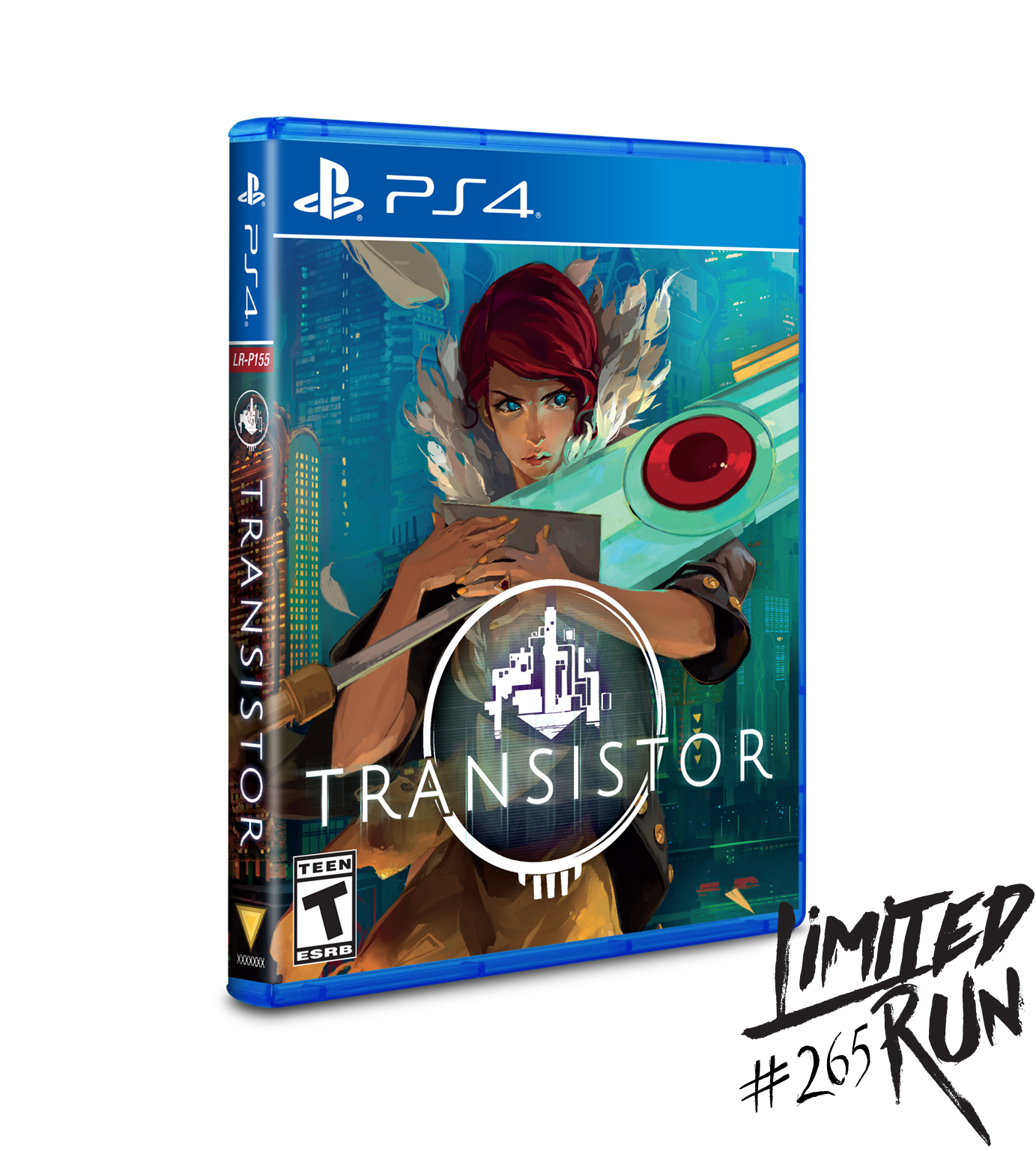 It’s time to look at a video game I just managed to complete today. It’s not a title that I was familiar with before playing so it’s always fun to enter a game blind. It’s definitely got a very cryptic environment which works well like Bendy or Undertale. Like those games there is a deep plot that you’ll understand if you pay attention and do a lot of the bonus content, but if not then you’ve got the dedicated fans who will spell it out for you online. It’s a fun experience although I do have to give the ending a thumbs down.

The movie starts off with the lead Red as she wakes up next to someone who’s been stabbed. The enemy had tried to destroy her, but they ended up getting this guy instead. When she takes the sword out it talks to her and reveals his name to be Transistor. Red’s voice was unfortunately damaged so she can no longer talk. Red used to be a singer so this was pretty tragic. The whole city (Maybe the whole world?) has been taken over by a robotic army led by the Camerata. Red needs to take them all down and steal their souls to try and find a way to revive Transistor. Unfortunately the entire city is basically a ghost town at this point so she has to wonder how much progress she is actually making.

If you want a more detailed plot definitely check out Wikipedia as they’ve got it all down there. You’ll get the basic plot as you play the game, but don’t expect to learn it all right away since it is part mystery. The pieces start to add up and you’ll come across a lot of news articles and blogs in the game. There are terminals that can be found just about anywhere. You get extra trophies for interacting with everything so it’s not a bad idea to check them all out. Now lets talk about the gameplay. You are able to hum with one button and another lets you sweep a bit. You’ll never need to use either technique, but it’s nice to have them around.

The actual gameplay is Xcom style, but with a dash of real time action. You manuever your character through a sealed off area as you try to eliminate all of the enemies. You can attack in real time with one hit at a time or you can freeze time and use a few actions as a combo. The latter is pretty much mandatory as you progress through the game. Hitting an enemy from behind will deal more damage but then you have to try and calculate their trajectory to land the follow-up hit. There’s a ton of strategy to consider here which is pretty cool. Then you’ve got a robust level up system which unlocks more powers. You have to choose which ones to equip and which to keep on standby as you have very limited space. You also have limiters you can put on which further restricts your memory, but gives you more XP per fight. I turned on every limiter I had until the very final boss.

It was fun to take off my limiters as if this was DBZ and then go wild on the guy. It will ensure you have more of a challenge throughout the game, but in my opinion it’s worth it because every level up helps you out considerably. This is the kind of game where level ups make a huge difference. You also have a beach house you can go to in order to do extra fights and grind some XP as well. There’s no need to do it as the game is challenging, but not crazy. Still, the option is there so you will want to keep it in mind. Also make sure to destroy the enemy cores after you beat the minions since they will revive within 5-8 seconds otherwise.

The actual game is fairly short at about 3-4 hours. You can stretch this out to around 8 or so if you go for everything. I think one of the trophies is for beating the game twice as well so getting the Platinum will take quite a lot of time. It’s a short title, but a fun one so I expect you’ll have a fun time regardless. The deciding factor here will likely be how you enjoy the gameplay. I liked it a lot since strategy is my thing. It’s the kind of “puzzle” in a sense that I can actually enjoy. I also did like the cryptic plot. In a way games can be extra fun when they never tell you what’s going on. You get to fill in all the blanks and whenever a game/film/any kind of media hides things rather than spelling it out I think it works really well. It just adds on to that mystery angle.

The graphics here look pretty good. It’ll remind you of some of the alien games for the Wii. Naturally this isn’t going to look at high end as the average AAA PS4 game, but it’s all still very smooth and leak. I also like the illustrations that pop up after each level. They look quite grand and I’m sure quite a lot of effort was put into them. Some of these are interactive as well so always be sure to stay sharp. As for the soundtrack, I can’t say that it was very memorable. It was cool that we got actual songs though. The song that played during the first level was quite good. I was surprised that we didn’t get many more after that, but considering that it has a full soundtrack I imagine there are a ton more that were created for the game.

As I mentioned the ending isn’t very satisfying though. I can’t really talk about it at all without spoilers, but it didn’t really work. I will say that it’s not all that selfish on Red’s part since as I mentioned there aren’t a lot of people around anymore. I was just against it on principal, but in her shoes its not as if the decision doesn’t make sense. It makes sense for sure, but in the same logic that a lot of villains tend to use in various series. It was unexpected though, I’ll definitely grant the game that. I did not think it was heading in that direction at all.

Overall, Transistor is a fun game. It’s definitely one of those titles that is a lot of fun for the experience. Once you know how things are going to end up I don’t think you would be able to play it through for a second time. At least not for a long while. At the same time the new game + may give you extra story details which would be cool. There is a lot of post game content here as well as you try to max out your level. If you haven’t played this game yet then I’d recommend checking it out. I don’t think you should really be paying more than $20 for it though considering the short length. Once you start you will definitely be sucked into it and hopefully we do get a sequel someday. It doesn’t feel very likely based on the ending though.