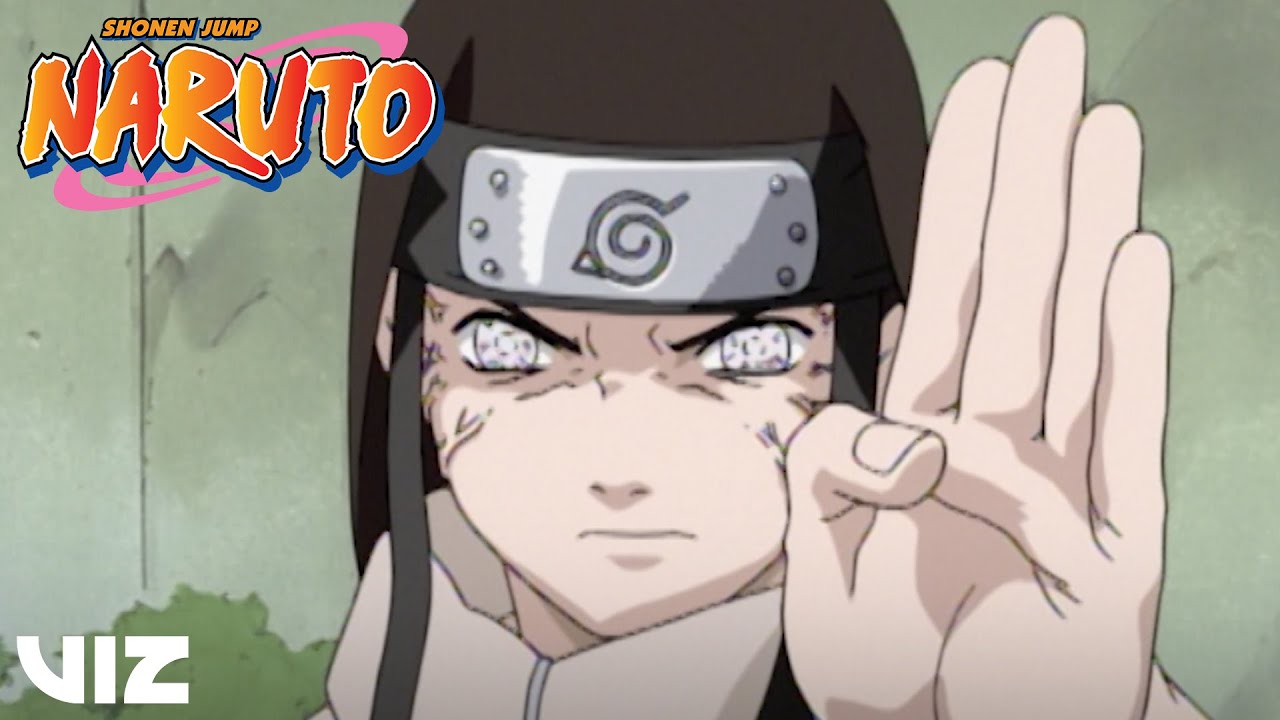 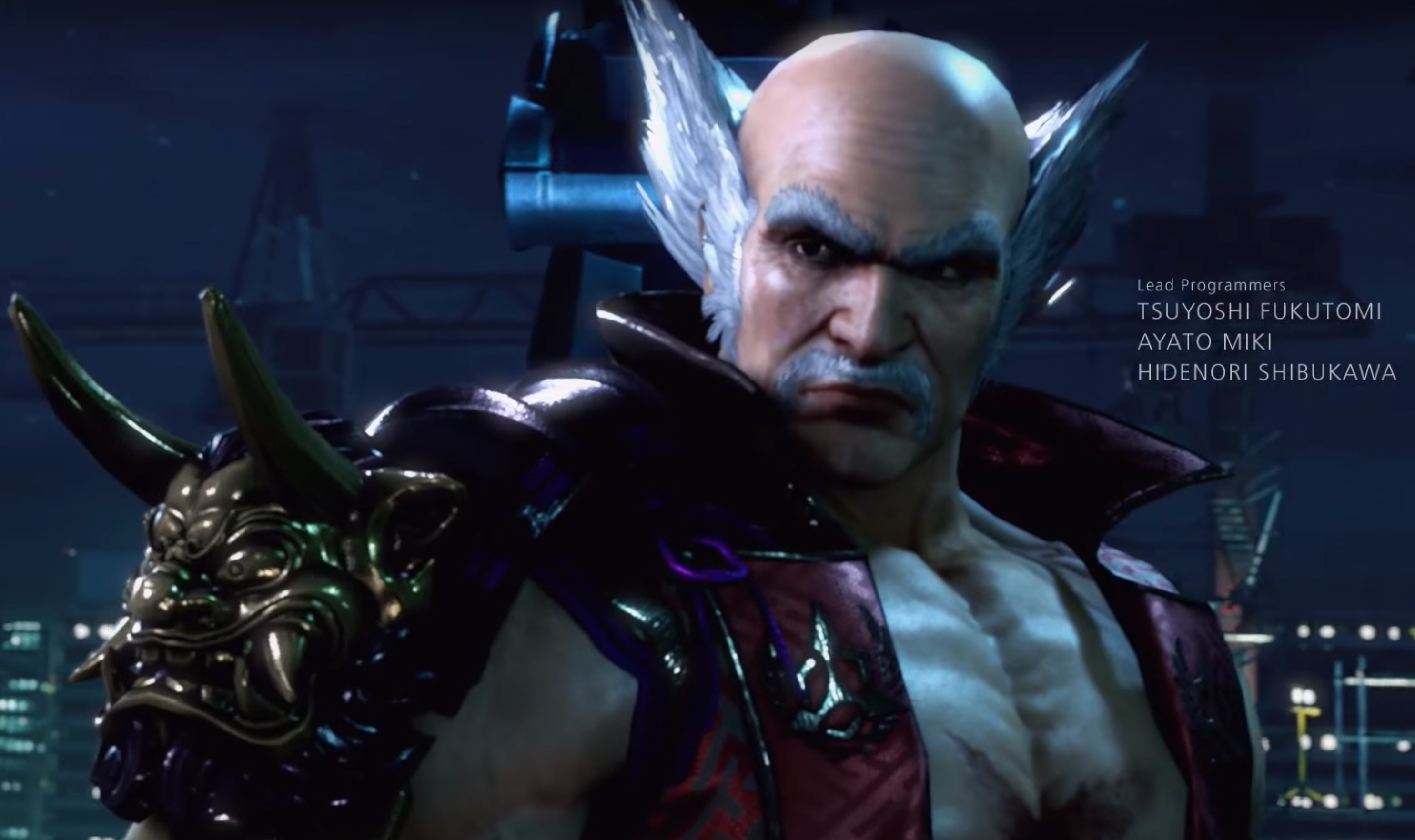 Suggested by iKnowledge Heihachi is an excellent close quarters combat fighter. He can really get in on an opponent and then apply pressure until the fighter can no longer stand. Neji will be able to keep up with him though. While Heihachi is certainly more skilled, Neji’s physically superior in his stats. His chakra points method of combat will also assist him since each hit will deal Heihachi internal damage as well. It’ll be tough for that guy to keep on getting up and so he will eventually fall. Neji wins.

Nothing gets you hyped quite like a new Pac Man game right? That’s what I thought when I first bought this game, but after playing it once, I put it in the backlog with a lot of other games and I figured that I probably wouldn’t see it again for a very long time. Years later, I ended up taking it out once more to play it with my brother and my cousin as a party game always has the potential to be a blast. It’s much better with multiple people, I can tell you that for sure. That being said, this is still a game that needs a lot of work and should have been much better, but terrible decisions on the developer’s part limited the title.

There’s no actual story mode, but that’s all right. I wasn’t expecting one. You can go into the main Party Mode or have fun in Minigame Mode. That’s the only thing to do here so the game is going for quality over quantity. Party Mode has 4 worlds I believe and each world has its own set of minigames inside of it. The actual stage has long loading times though and each turn takes forever. This is one of my big complaints and it’s a little sudden, but let’s dive into this issue right now.

The main drawback that keeps this game from being very good is the fact that playing a single board will take a very long time. After each turn, each character will do a little dance, strike a pose, and then slowly walk up to the final area of where to go. Rinse and Repeat for all 4 characters, play the minigame at the end of the level…and then do it all over again. This is why I was bored out of my mind when I played the game on my own the first time. If you aren’t playing with anyone else, it’s a very boring experience.

I’m not saying that the actual minigames are bad though. I actually enjoyed them and the ideas were quite good. There were kart minigames and even some classic “Press A as fast as you can” ones in there. Minigames about timing and memorization…just a lot of options. There are a very good amount of minigames in the title even if you will inevitably playing them more than once. It’s why I don’t think it was a good idea to limit the minigames to each world. Combining them all into one world would give you more variety. Still, I did enjoy them and the minigames help save this game from being downright bad.

It does bring up another issue though, which is that the minigames aren’t available for free roam mode. In Mario Party, once you play the minigame once, you unlock it. Unfortunately, that’s not how it works in this one. You have to use lottery points that you earn during the stage and that will typically come at the expense of actually winning the level, which is always disappointing. As a result, you’ll have enough coupons to maybe…maybe buy one minigame at the end of the level. So, you need to spend about an hour or 2 per minigame and there are quite a lot to unlock. It’s just not an efficient system and it takes forever to make any actual progress in the game. That’s not even counting the fact that each player’s coupon section is separate instead of merging the coupons from all players. It’s just terrible honestly and as a result, you’ll never want to play Minigame Mode since there are no good minigames to play. Better stick to Party Mode then.

The actual Party Mode is very much like Candyland or Trouble. You move along the course and the goal is to get to the end. You play a minigame and your rank in that battle determines how far you move. 5, 3, 2, or 1 step forward. Once you are near the end, you will need to come in 3rd, 2nd, and then 1st to finally win, which is actually a very good mechanic to even things up. This prevents a player from simply walking up to the goal line thanks to a few lucky rolls of the dice. It is sad to win a bunch of minigames only to find out that it still isn’t enough because you’re landing on bad spaces. It’s just not right!! I highly recommend playing the short version of each board to give yourself a nice estimate of how long the full version would take. Trust me, it does take a considerable amount of time so keep that in perspective.

I like the graphics to an extent, but I have to admit that they seem to be a little bad on a technical level. Everyone is very small, compact, and practically chibi. It’s very intriguing to see and it can be amusing, but the Gamecube can do better. The graphics are very dark and don’t seem to be very inspired. It’s possible that my Gamecube’s lighting is just starting to fade, but games like Sonic Adventure 2 Battle and Mario Sunshine still look great so it may have to do more with the fact that nobody can stop Nintendo’s powerful graphics. These were good times!

As for the soundtrack, that part of the game was pretty decent. There’s a nice Pac Man remix and a few other tunes scattered throughout the game. Unfortunately, the main theme that plays during your walk through the board is very boring and doesn’t make you excited for the games. It’s essentially just elevator music and I expect more from my Namco games. It had such possibilities, but couldn’t live up to the potential.

Unfortunately, there just isn’t a lot of replay value here. The actual games take way too long and you can’t even have fun just playing the minigames on your own because they are just too expensive. Buying them is simply not worth putting the time into the games so the only form of replay value here is to grab a few buddies and have a quick game. As a group, it’s decently fun and that’s the only reason that it barely manages to pass a 5, but if you’re on your own, the game turns into a 4. It’s a shame that the game missed these opportunities since there’s no reason it should have even gotten under a 7. This was no cash in party game in terms of how the minigames went on. They all had heart and it felt like the developers put some effort into them. This was just nullified by the bad system of unlocking minigames.

Overall, Pac Man Fever is no Pac Man. I gained some respect for the game after playing it as a group, but that’s still not a good sign for any video game. You can buy it for a terrific price so that at least helps you to get your money’s worth, but there are better party games to get. Buy one of the older Mario Party titles and experience a true party game. Mario Party was and likely will always be the greatest party game on the block. (Smash Bros doesn’t count!) Everything that Pac Man Fever can do, Mario Party can do better. So despite the positive score, I don’t recommend picking up Pac Man Fever as long as better options exist on the market.

Anna Williams has hand to hand techniques, but they won’t be able to work on Heihachi. Heihachi is far too experienced and powerful to lose to her. Anna Williams may be a fighter, but Heihachi is just stronger and skilled enough to win. Heihachi wins.

Heihachi has hand to hand skills and has been fighting for a long time. Of course Jin has surpassed him. Heihachi doesn’t have what it takes to beat Jin. Jin goes higher. Jin wins.

Kazuya is back and this time he’s fighting the first great Tekken fighter. Heihachi is an old pro and definitely knows how to fight. Of course he’s not quite as good as Kazuya. He doesn’t even have a devil form. He doesn’t have a chance without one. Kazuya wins.