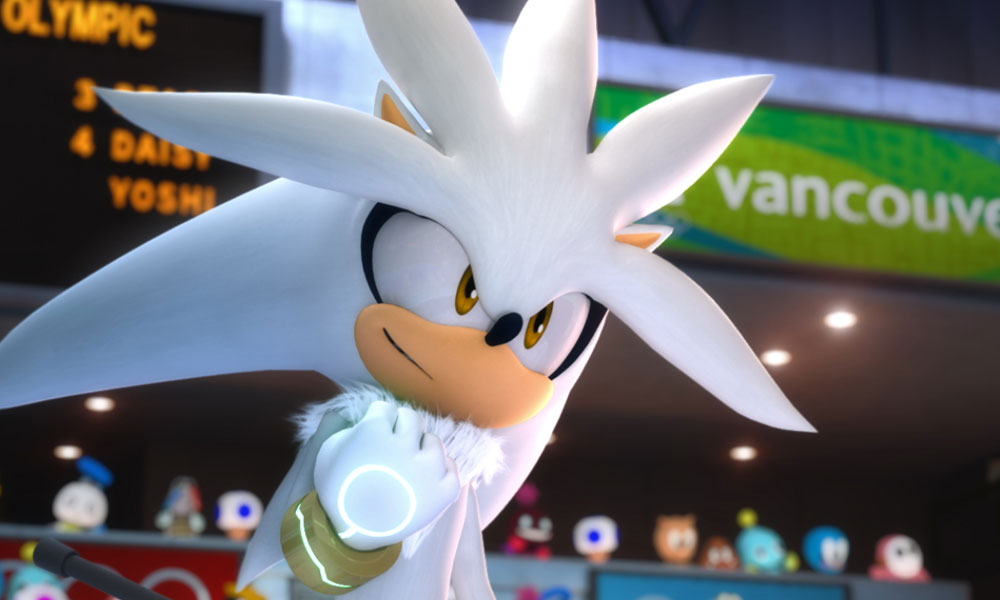 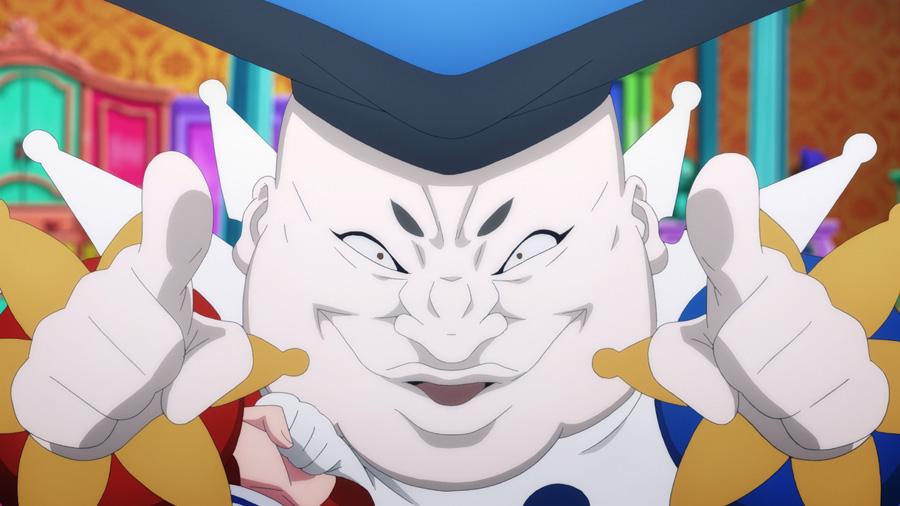 Suggested by Sonic Chudelkin is one of Quinella’s most faithful followers. He’s definitely not even remotely a good villain although his abilities are fairly decent. If he could land some clean blows then he would be in a good position here but that isn’t happening. Silver’s just too fast. While this hedgehog’s speed isn’t quite at the level of Sonic or Shadow, Silver has proven himself fully capable of keeping up with those two when needed. His psychic abilities will also limit Chudelkin’s movements which will work to his advantage. Silver wins.

Suggested by Destroyer Hercule is a brave guy who is one of the best human martial artists on his Earth. Still, I don’t think that will be enough for him to even hope to take on someone like Silver. Silver has given Sonic a run for his money even they fought and he could use his psychic abilities to stop Hercule in his tracks. There’s just no way around that without super powers. Silver wins.

It is time to look at another Sonic Universe arc. Unlike the Journey one, this proves to be an epic of immense proportions. It is no exaggeration to say that this very well could be the greatest Sonic comic that I’ve read. That’s quite the feat considering that Sonic and Shadow don’t really get a role here. You will be on the edge of your seat for this story!

200 years from the current Sonic comics, Silver is still trying to find a way to save his future. All he knows is that a traitor from the Freedom Fighters will do something in the past that destroys his world. While he tries to unravel this mystery, Silver learns how to harness his abilities. Suddenly, an intruder breaks into his universe and attacks. Silver manages to defend himself and follows the opponent back to an alternate past where a demi god known as Enerjak rules. Enerjak has destroyed most of the inhabitants on the planet and now plans on ruling every planet in the multiverse. Can Silver defeat a being of unlimited power?

Right from the get go, you can tell that this is not going to be your average Sonic adventure. For one thing, it’s a lot darker and more serious toned than the rest. The setting is a ruined city and only a few heroes are still alive. We really haven’t seen a Sonic comic that was this intense. Even my other favorite Sonic comics never had this much of a sense of danger. Now, the Silver Saga is fairly dark and intense, but it never goes overboard. Silver is still throwing around jokes through these turbulent times and the other characters contribute when necessary. It helps to prevent things from getting too intense and it is still in the usual Archie style so we get to have some incredible fights.

I don’t think that I’ve seen any better fights in all of the Sonic comics either. Silver and Enerjak’s battle could pass off as a DBZ battle as they hurl islands at each other and land some tremendous blows during their fight. It is incredible and I remember a big Silver fan commenting on the blog years ago about how much cooler Silver was in the comics than in the games. I can’t deny that he is very awesome here. I liked him a lot in Sonic 06 as well, but this is certainly the definitive Silver.

It almost goes without saying that the art is very good. The author does a good job of showing how different the alternate world is from the current one. All it takes is one small change and things can really go bad. Absolute power corrupts after all and it is one of the main themes in this graphic novel as the being who calls himself Enerjak was once a hero, but he was tainted by the powers of the Chaos Emeralds.

Silver is the main character of course and this comic should help fans draw a lot of similarities to Trunks from DBZ. These two characters have always been compared as their back stories are very similar. I even found myself reading his lines with Trunk’s voice as a result and their personalities are more similar than I could have guessed. Future Trunks was a great character in DBZ so this certainly helps Silver’s case and it is safe to say that he has moved up the character ranks for me. He’s still behind Sonic and Shadow of course, but after that, he may just be a few spots away from them.

I am certainly convinced that he is one of the strongest Sonic characters. Enerjak had the power of all 7 Chaos Emeralds and he was able to beat Super Sonic and the rest of the heroes. Silver wasn’t even using his Super Silver form and he actually had the upper hand against Enerjak. He remembers that he shouldn’t solve every issue by fighting and quickly changes tactics, but it is heavily implied that Silver could have kept on going if he wanted too. It seems like he has Chaos Energy within him and can access Chaos Emerald levels of power without actually possessing them. There’s a chance that Silver has unlimited power within him, which is being hinted and that would be really cool. He’s a lot like Superman as well since Silver always tries to find a peaceful solution and can take quite the beating. It’s just hard not to go on and on about how impressive Silver was.

Enerjak made for a great villain as well. His design is really good and he did defeat the heroes. Upon destroying them, Enerjak stole their souls and uses them to power robotic copies. He never uses Sonic’s, which is too bad, but we see almost everyone else. The robots don’t have the original’s experience and ingenuity so they aren’t quite as lethal, but they are still powerful. Although, Enerjak doesn’t need them to fight. He can sink continents with ease and throw islands around. Enerjak’s power is unlimited as long as he possesses the Chaos Emeralds and he’s another top tier Sonic character. I would have loved to have seen his fight with Super Sonic as that would have definitely have been a lot of fun. I want to see Super Sonic take on foes like this as it has been quite a while since I have seen him.

I am convinced that I may never see a Sonic comic that is this good ever again. The Silver Saga was simply exceptional. There is a cliff hanger which leads into the next Universe volume and that one should be fun, (The character gets a lot of hype as everyone could be in danger according to the cops!) but topping the Silver Saga is going to take a lot more than that. We’re going to need a Sonic and Shadow team up or something like that. Every series has an ultimate arc eventually though so I guess Archie finally got one. The scene where we see all of the fighters who Enerjak has defeated may be iconic at this point and it is when we knew that things would never be the same for Sonic and his friends.

I’m also interested in seeing Silver continue with his plot to find the traitor. I’m wondering who it is and if the plot is still relevent with the recent universal shakedowns that have been happening. Hopefully Silver got to find him/her in time or his adventure will have had an abrupt end. Meanwhile, I can’t say that the new Freedom Fighters were terribly interesting, but they didn’t need to be since they just acted as distractions for Silver in this fight. They weren’t bad either, which is great since I can safely say that this comic had no negatives. It was just incredible and the ultimate Sonic experience.

Overall, The Silver Saga is one adventure that I won’t be forgetting anytime soon. It really had just about everything that I could have wanted in a Sonic comic and I was not expecting it to be this good. It was amazing and felt like an epic arc that could have been in any show. I saw glimpses of the Justice League Unlimited Two Part episode, the Trunks special, and more. The idea of alternate timelines can still work. I don’t like when they get a whole movie or show about them that doesn’t seem to ultimately serve a purpose, but when it is similar to the original like with the Justice Lords, then there is more potential. This opens the door for good what if fights like Enerjak and Silver. This comic really had it all and succeeded in all areas. I highly recommend checking this out if you’re a big Sonic fan and especially if you want to see a dark Sonic adventure. Even if you’re just a comic reader, this is one of the best comics of all time so you should really check it out! Get ready for fights that will rock your world!

Xana won’t really fare any better against Silver than she did in her debut match against Sonic. Silver may not be as fast as the Blue Blur, but his telekinetic abilities ensure that Silver is still a dangerous opponent. He would still be able to speedblitz Xana and overwhelm her with pure power. Silver wins.

It’s a battle of psychics in this match! If we were going by pure psychic abilities then Mewtwo would have the clear edge, but overall fighting ability makes this closer. Silver has his Super Silver form and while it’s never looked as impressive as Super Sonic/Shadow; it’s still a force to be reckoned with. Mewtwo has his own super form, which greatly increases his speed. After a solid fight, I’d give this to Mewtwo. His healing abilities matched with his immense speed and long range abilities give him the slight edge. Naturally, Silver just needs a few good scenes in a new anime or video game to help even the odds. Mewtwo wins. 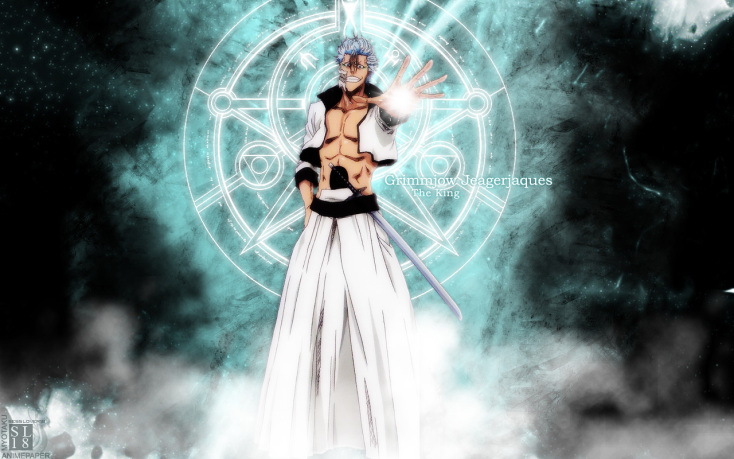 Silver has his telekenetic powers, but they are no match for Goten. Goten has the power to turn into a Super Saiyan. In that form no amount of power is enough to stop him. Goten is one of the stronger blog fighters. Goten wins.

Hatman has his hat tricks, but Silver has something better than those. He has the power of a Super Saiyahedgehogian. With this power he can take down many opponents. Hatman couldn’t take the power. Silver wins.

Poison Ivy has plant powers, but they’re no use against Silver. With his telekenicis he can stop them all in their tracks. Poison Ivy didn’t stand a chance against an opponent who can go Super Saiyan. Silver wins.

Silver’s come back to the present but that was a fatal mistake. Trunks is here now and Silver won’t be so lucky. Even without Super Saiyan, Super Saiyan 2, and Super Trunks could still win. All it would take is one fire attack. Sorry Silver but you don’t make it in DBZ world. Trunks wins.