Suggested by Destroyer I like Gooper Blooper as much as the next guy. He is a strong monster from Mario Sunshine and still one of the coolest looking Mario monsters out there. He can attack from mid range, but King Boo’s crown blasts can fire from farther away and pack more of a punch. Dodging Blooper’s attacks will be easy since King Boo has intangibility at his disposal. King Boo wins. 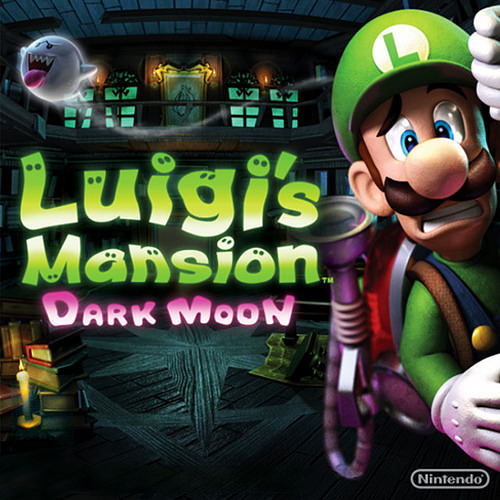 Luigi’s Mansion was one of the first video games that I ever played. It came along with the Gamecube and while I did play on the Super Nintendo/N64/Game Boy, this was one of the first games that I really remember playing with my full gamer skills intact. It was a tough game and had a lot of replay value as I went through it many times. This sequel can’t fully match the original’s true greatness in part because of the nostalgia and also the fact that the Gamecube really made the most of the game. The original had more features and took greater advantage of the concept. That being said, this is still a great sequel and everyone’s favorite Mario villain finally gets to take center stage once again after a rather disappointing appearance in Super Mario Sunshine. (The one time Mario really took it to the guy)

The game starts off with Mr. Luigi “I do it” Luigi resting at his summer cottage. Unfortunately, E Gadd kidnaps him and tells Luigi that he has to liberate the city since all of the ghosts have turned evil after King Boo blasted it into multiple pieces. Luigi barely got away with his life the last time so he isn’t thrilled about getting a rematch, but he doesn’t really have any way of getting out of this. Luigi grabs his flashlight and prepares himself, but King Boo isn’t playing around this time. He has already kidnapped Mario and a bunch of the toads…Luigi may be next!

One thing you’ll notice straight away in the game is that the format is a little different. It’s not the free roam environment that you may be used to from the first game. Instead it is divided into linear levels among the various worlds. Each level will tell you to do something and then you’re beamed home afterwards. It’s different, but I’ll take it since we’ve been getting a lot of big free roam games lately like Breath of the Wild and Mario Odyssey lately so it’s good to keep things varied. The game is still reasonably long as some levels can take upwards of 40 minutes. Others are finished in under 10 though so it varies quite intensely. You should expect the game to last you at least around 10-13 hours.

The game’s difficulty is pretty low so you shouldn’t have much trouble against the actual ghosts. The power ups that you get during the game make this even easier. I only lost twice if I recall correctly. Once was to the Giant suit of armor and I also lost to the boss where you had to slide a few times. Beyond that, it didn’t feel like a cakewalk or anything, but you won’t feel too threatened. You are given a lot of health and it’s always easy to find more hearts.

There is some replay value here as you can go back to all of the old levels and grab all of the Boos/Gems. It may not be a whole lot, but it’s something to do and it won’t take an insane amount of time to do it. Hopefully you get something cool like an extra ending or picture. I think the first game let you upgrade your mansions based on how much money you had so that was a nice incentive. I thought there would be more power ups so I could list that under the replay value, but we maxed out before the final chapter even started. Between the solid length of the story and getting all of the collectibles, there is certainly a lot of content here.

The graphics are pretty good. Some elements are pretty stunning like the energy blasts, King Boo’s design, and one of the final cinematics as Luigi’s destination is forcibly changed. The game really put in a lot of effort towards the final levels with all of the cool designs. The soundtrack is mostly forgettable to be honest, but I did enjoy the final boss theme for King Boo. That one sounded really good and worked quite well to build up the tension. One good theme can always go a long way.

I do have to call the game out for being a little lazy with the sound effects and cutscenes though. We get the same recycled scene of Luigi being transported, landing, using his vacuum, and picking up the DS throughout the game. Adding insult to injury is the fact that we also get the same sound effects in the same order. Luigi grunts 4-5 times every time he lands which starts out as rather painful gasps to tired ones. After a while you sort of hope that Luigi will just get his game on and save the world. He also randomly utters one of the phrases that they recorded once in a while like “I do it” even if they aren’t totally relevant at the moment. I think Nintendo did phone it in to an extent in this department and could have certainly recorded more lines. That or they could use text like with what they did for King Boo. It just felt like someone was always talking throughout the game, but not in a fun Spider-Man kind of way, but in a forced “Lets play another grunt” way.

I was a little surprised that we didn’t get back some classic features like shooting fire or ice in this one, but we got a black light flashlight so that was neat. It lets you see invisible things and is immensely useful once you obtain it. The controls are simple so you’ll get used to them right away. You have your flashlight and your Vacuum Cleaner. Those are really the main 2 weapons that you’ll be using during the game.

Naturally we can’t end the game without talking about King Boo. He’s easily one of the strongest Mario villains even if he isn’t talked about quite as often as you’d expect. He defeated Mario even when the hero was aided by the Power Star and in this game he has done it again. He seems to have some reasonable reality warping abilities or at the very least advanced telekinetic abilities. His power lasers are great as well and he’s just a pretty intimidating villain. I actually feel kind of bad for him since his arch nemesis isn’t quite as intense. It was nice to see King Boo and I’m glad that the first game was mentioned so as to keep the continuity straight. It does kind of hint further that the Sunshine King Boo was different since he went straight from the first game’s painting to here, but I still think the Sunshine appearance needs to be looked into a little further.

The game really doesn’t have many negatives to talk about. The actual gameplay is simple, but well constructed. You won’t be running into random glitches here or poor level designs. One thing about the various mansions is it allows the game to give each one a different design which is nice. My one complaint is probably that Luigi’s a little too scared the whole time even if that is the point. I always imagine a game where Luigi is actually really hardcore and eagerly fights the villains, but maybe you could make the case that it wouldn’t be the same character. I still think it’s worth the risk and maybe it’s about time they announce a Luigi’s Mansion 3. Honestly, I’ve love to see a big budget one with a long campaign. (Think equivalent length to a big Mario platformer) It could have an array of side characters, maybe even a level or two where you play as Mario and physically try to fight King Boo. Of course, King Boo would need to be in it or the fans would riot.

Overall, I put off getting this game for many years as it kept sinking below other games that would come out. Well, I finally got to nab it and it was certainly a really fun game. I’d definitely recommend buying it, especially since it goes for only about 15-20 dollars now. That’s a really great deal and it’s why the Nintendo Selects tag is always a welcome addition to any game. Be prepared though as the game may be more intense than you’d expect and you’ll have to make some tough calls.

Anyone remember the Status Quo? This guy was a pretty intense enemy of Howard The Duck and I had to admire his fighting spirit. This guy didn’t back down from anyone and it’s safe to say that his confidence is matched only by his raw power. That being said, King Boo can just hit Status Quo with a baseball bat or shoot a fireball at him. The Status Quo wouldn’t stand a chance. King Boo wins.

King Boo is pretty powerful and one good shot should be enough to take down Howard Aguello for good. Howard Aguello just doesn’t have enough skills to defeat someone like King Boo. King Boo has his giant bowser suit and with it he’s got some intense firepower. Howard Aguello won’t be able to stand up against it. King Boo wins.

Prince Haru is back once again and now he’s up against one of Luigi’s strongest villains! Luigi may have been able to take King Boo down for the count, but can Prince Haru accomplish the same feat? I’m not so sure guys…I’m just not so sure. King Boo can fire lethal fireballs and that means that Prince Haru is going to face another loss. King Boo wins.

King Boo has his fire balls, which can do some pretty intense damage. The Chunk has a gun, but King Boo has a powerful laser. One shot would probably take down the Chunk in an instant. King Boo recently appeared in Luigi’s Mansion 2, so it makes sense that he’d finally come back for a win. King Boo wins.

King Boo has his fireballs and one good laser will be enough to knock James Bond for a loop! James Bond may have his gun at the ready, but in the end it’ll hardly be enough to stop the King of the Boos! James Bond put up a good fight, but he couldn’t win this round. King Boo wins.

King Boo has his fireballs and with one good hit, he would take down Arthur. Arthur can run pretty fast and I’m pretty sure that he could land a good punch…actually I am sure! Arthur’s landed a pretty solid punch in the past and it was one that I’ll never forget. King Boo wins.

King Boo is a tough cookie all right, but in the end he’s no match for Luigi. Luigi has thunder and other special abilities that would help him take down King Boo easy. King Boo may be a powerful warrior, but Luigi has the vaccum cleaner. King Boo and Luigi are archenemies, but like many rivalries the Hero is the one who stays at the top. King Boo will be back someday to pwn, but that time isn’t right now. Luigi wins.

King Boo is back, but this time he’s fighting a pretty tough character. Meddy may not look like much of a fighter, but once she gets crackin she’s a dangerous opponent. King Boo has his fireballs, but they wouldn’t be enough to save himself. Meddy is just too powerful as she rises up the ranks with this win. Meddy wins. 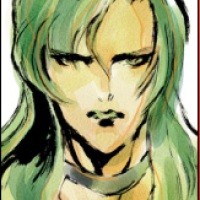 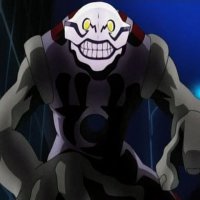