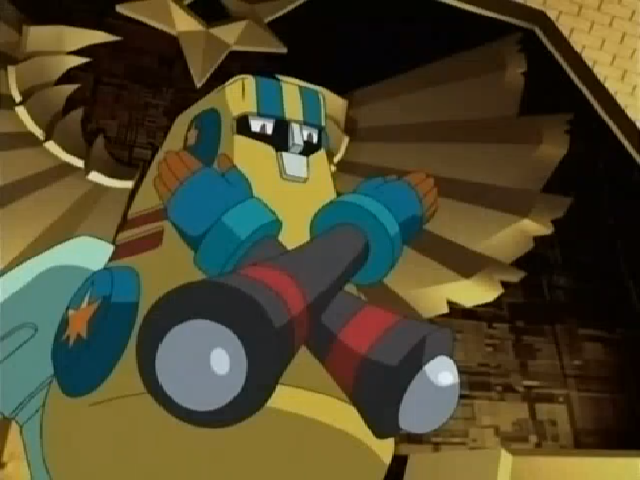 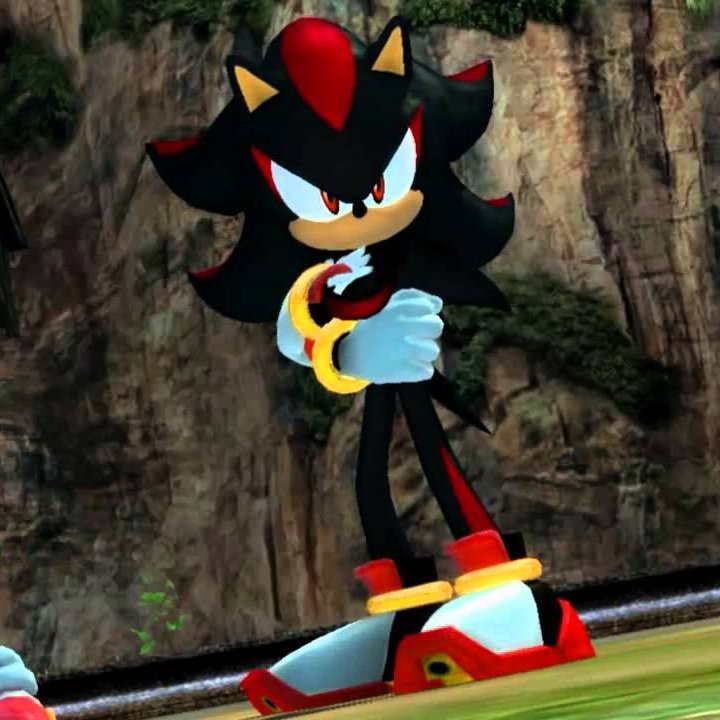 Suggested by Sonic Pharohman really made a name for himself when he took down Megaman back in NT Warrior. He may lack in speed but he does have a lot of power to make up for it. Also, in the anime he would then go on to become Bass which is quite the super form. That said, the anime has less feats there and in terms of stats I would trust Shadow’s speed a whole lot more. Pharohman is strong but just not strong enough this time. Shadow wins.

Suggested by Destroyer Shadow is known as the Ultimate Life Form. A being of such immense abilities that nobody can ever hope to defeat him. Dr Doom had the Power Cosmic and the Odin Force which he can use to try and get past Shadow’s defenses, but that doesn’t help get around the speed angle and that’s really where Shadow will shine. He’ll be able to speed blitz his way to victory. Shadow wins.

Suggested by Destroyer Kid Bass is a pretty tough robot but he’s not quite ready to handle Shadow yet. I think it’ll be a pretty close fight all things considered but Shadow’s speed should give him the edge. His Super Shadow form also ensures that his durability is a bit higher than what Kid Bass can dish out. Shadow wins. 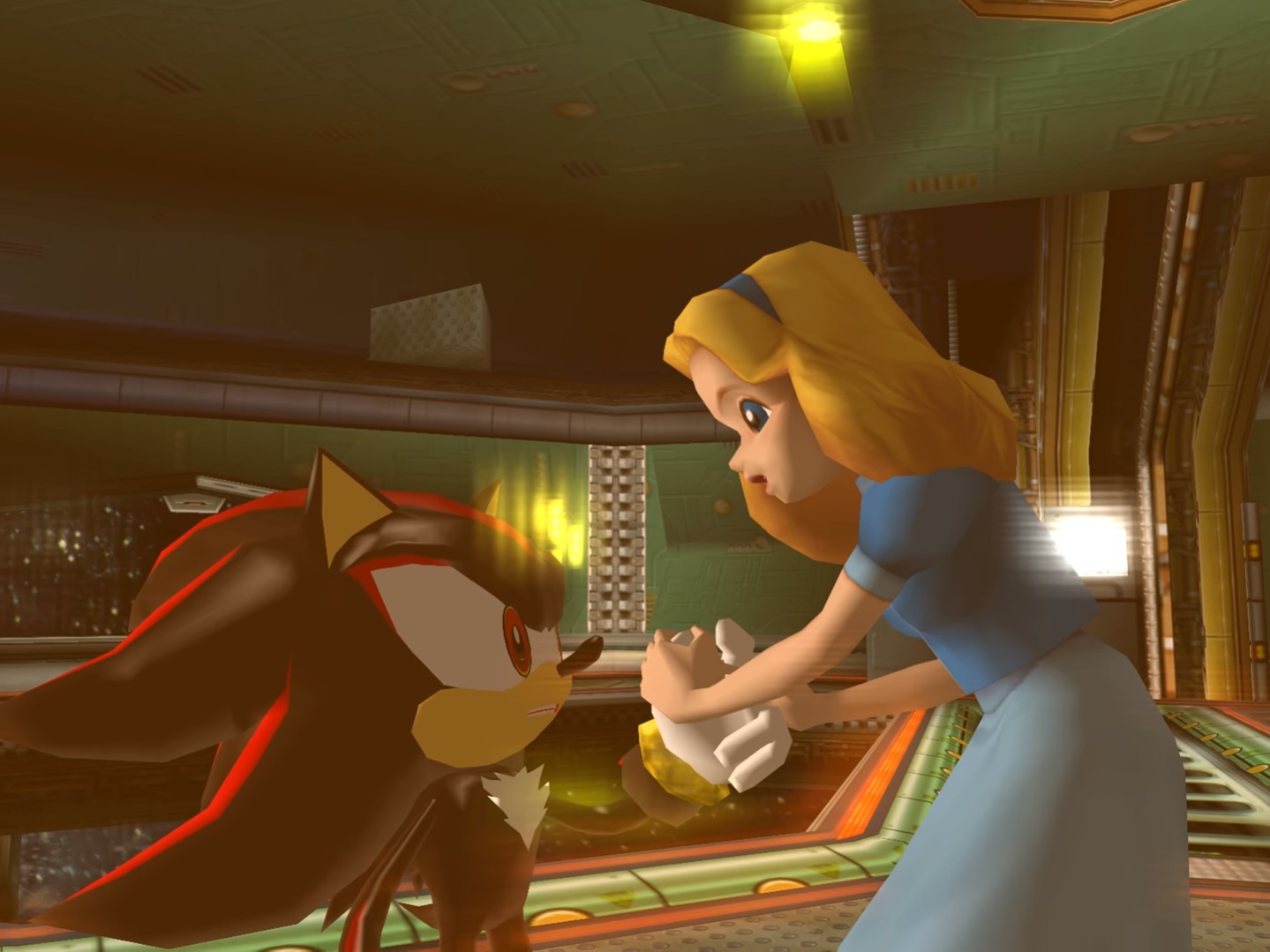 It’s Sonic’s 30th Anniversary so I figured it was time for a Sonic themed match today. Maria was always a pretty emotional character in the Sonic lore but unfortunately she never got a whole lot of combat abilities. Hopefully one day she will return as a cyborg to try and wipe out humanity. It would make for a pretty intense story and reunion between her and Shadow. Right now he would be able to claim victory pretty quickly though. Shadow wins.

It’s time to take a look at the 2 part segment Sega released. It’s roughly 10 minutes or a little shorter than that, but it’s a nice way to cross promote the game. I was lightly tempted to get the game day 1, but there are just so many good games coming out right now that it’s tough to know which ones to take the plunge on. Regardless, I do look forward to playing it some day. I imagine it will be quite solid just as this special is.

The plot is pretty straightforward. The various heroes and villains have entered a race where the winner will receive a large gold trophy. Team Sonic, Chaotix, Rose, and Dark are all entering the race. Only one team can win though and it quickly becomes clear that Shadow and Sonic are the front runners here. That being said, there are a lot of racers on the track and so anything can happen. Be sure to stay glued to the seat so you don’t miss a second of the action.

The animation is very smooth and this style is definitely good at energetic scenes like this one. In general it’s a nostalgic style and one that’s very “clean” You will always know what’s happening and the designs are simplistic and so they are able to go through a lot of movements very quickly. It’s always been one of the big strengths of this animation style and Overdrive puts it to good use. A whole show like this would be quite fun for sure. Although the characters don’t talk here you can still get a lot of their personalities instantly because of how well animated they are.

As always Shadow is definitely a stand out character here. He actually does really well while at the same time knowing when it’s best to finally put his abilities into motion. The other characters also have to deal with a lot of interference on the track. It puts all of their skills on the line. There’s certainly nothing negative about this special and so it’s pretty much ideal. Between this and the Sonic Mania shorts, it’ll be fun to see if Sega decides to keep them up. I remember at the big Sonic event they did say that it takes forever to animate these scenes but maybe if they bring more animators on board they would be able to make a whole show like this. I’ll certainly be ready if they do.

Overall, I’d definitely recommend checking this special out. Even if you aren’t planning on getting the game it’s fun to see the cast just hanging out and getting all competitive. It’s also a lot of fun for fans who grew up in the Adventure era as there are a bunch of references and remixed tunes from the old game. You’ll likely remember all of them even if you don’t know the exact names. It’s the little things like that which really help take Overdrive to the next level. Also, it’s super short so it’s not like it’ll take all that much time out of your day to check it out right?

Suggested by Destroyer Ginta is a nice kid. While he may not seem like a huge fighter at first glance, the guy can definitely fight. He has great physical abilities and his ARM has quite a few forms to his sleeve. That being said, Shadow is a top tier fighter as well and his speed is greater than Ginta’s. This will nullify Ginta’s offensive options for the most part as it will simply take too long to land enough meaningful hits on Shadow. Shadow wins.

Suggested by Destroyer Zoro is a skilled swordsman and his speed is no joke. The guy was able to keep up with Straw Hat Luffy after all and can also use the 6 swords style. That being said, Shadow is still way faster. In his super powered form this won’t even be much of a match as Shadow will simply fly rings around Zoro. Shadow wins.